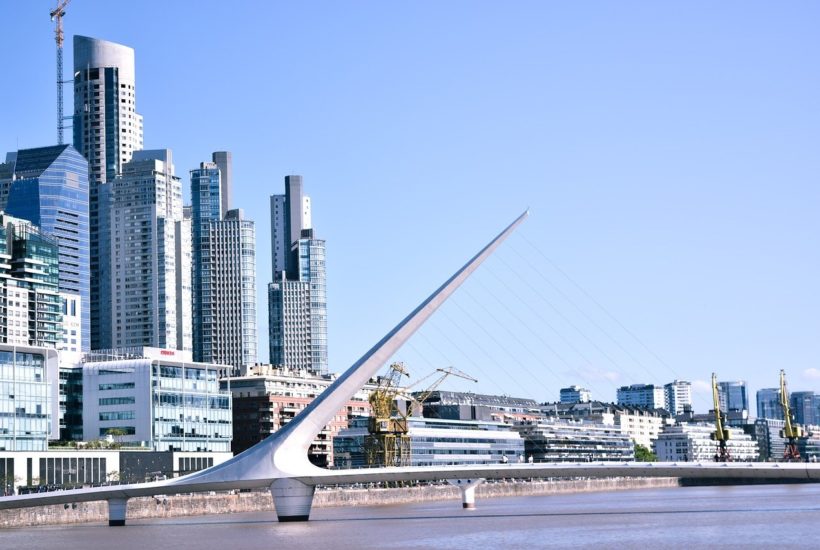 The Buenos Aires municipality of General La Madrid officially became the first district in the country to be authorized to plant and cultivate cannabis for medicinal purposes, as of the publication in the Official Gazette of Resolution 891/2021 of the National Ministry of Health.

“Approve the Research Project on the cultivation of Cannabis for medical and scientific research purposes presented by the Municipality of General La Madrid,” said the published authorization, whose project had been presented in 2018 by the authorities of that commune in the southwest of Buenos Aires where about 10,000 people live.

“We had a dream for many years, which is to plant legally, and this means starting to realize it,” said the doctor and mayor of that commune, Martín Randazzo (Juntos por el Cambio), who stressed that it is “the construction of an entire community organized for a noble cause.”

Through the officialized measure, the National Seeds Institute (Inase), the regulatory body of the conditions of production, dissemination, handling and conditioning of the forms of propagation of the species “in order to allow the traceability of plant products and comply with the provisions of Law No. 27,350,” in reference to the rule that establishes the regulatory framework for medical and scientific research on the medicinal, therapeutic and/or pain palliative use of the cannabis plant and its derivatives, was intervened.

The resolution also highlighted that the person in charge of the project must submit quarterly reports detailing the progress of the National Program for the Study and Research of the Medicinal Use of Cannabis Plants, its Derivatives and Non-Conventional Treatments.

The General La Madrid project arose in October 2014, when Randazzo was invited by Marcelo Morante – professor at the Faculty of Medicine of the National University of La Plata, an expert in pain and top reference in the field – to participate in a talk on medicinal cannabis given at that house of studies.

Randazzo explained that from the very beginning, the district thought about the proposal of “using cannabis as a tool to improve oncological, inflammatory pain, or in refractory epilepsy.”

The mayor said that the approval has to do with “a triumph in the fight against the black market, a step forward in a State present trying to launch towards the generation of an accessible and safe product.”

For that reason, he thanked the President Alberto Fernández and the Minister of Health Carla Vizzotti for implementing these measures, and the Buenos Aires Governor Axel Kicillof “for presenting a very good law in the Legislature,” while he evaluated that all this “encourages to think that this is going to unblock the legal corset that the issue has.”

The commune will work on the project with the National University of Mar del Plata, the National University of La Plata, the INTA and the Conicet. The district already has an area within the local Industrial Park, owned by the Municipality, with a greenhouse of 10 by 30 meters, which has double Olympic fencing, personal security, cameras and lighting necessary for production.

The registry and support of medical cannabis users

Last September, the Deliberating Council of Santa Rosa approved the creation of a voluntary Registry of assistance and support for medical cannabis users and an interdisciplinary advisory council made up of various institutions. The Executive Department was also granted powers to enter into agreements with different public and private organizations and institutions, allowing it to move forward with production by the municipality.

The Frejupa councilman, Mariano Rodríguez Vega, author of the project said that “relief and tranquility is provided to a large part of the society that was not contained”. And he highlighted what happened as a “historic day” since “it was a social demand that we decided to respond from our political space, in this way we can bring a tool to medical cannabis users, which is a first step in this fight”.

He affirmed that in this way “the visibility and containment of those who today suffer in solitude and clandestinely from various pathologies and ailments that can be alleviated with the use of the derivatives of the cannabis plant” is achieved. The families that have been fighting for the legality of the use of medical cannabis for a long time are hoping that the capital of San Andrés will adopt a policy similar to that of La Madrid regarding the cultivation of the plant.

(Featured image by LosEspina via Pixabay)

First published in LA ARENA, a third-party contributor translated and adapted the article from the original. In case of discrepancy, the original will prevail.