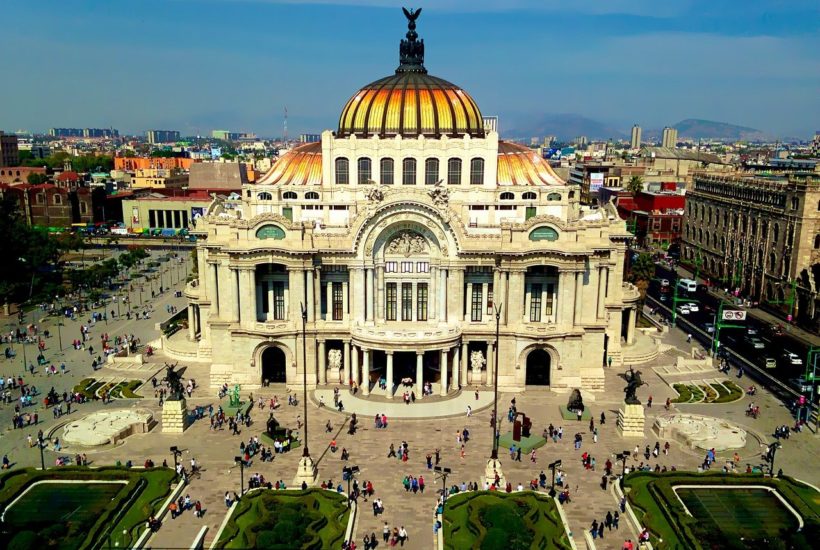 One of the main motivations for the legalization of cannabis in Mexico is to combat drug trafficking, but experts doubt its impact as cannabis is no longer the major source of income for the cartels.

The Chamber of Deputies approved this week the legislation that legalizes the recreational use of cannabis to comply with a mandate of the Supreme Court that declared its prohibition unconstitutional, and now only the vote of the Senate is missing.

In 2020, despite the confinement caused by the COVID-19 pandemic, Mexico recorded 34,515 victims of intentional homicide, almost equaling the all-time record of 34,582 murders in 2019.

According to the NGO Semáforo Delictivo, 80% of the homicides registered each year in the country are attributable to organized crime, confrontations, and settling of scores.

For this reason, the organization’s director, Santiago Roel, has no doubt that “the legalization of cannabis and other black market drugs in Mexico can contribute to the reduction of violence.”

“The only way to combat this violence is through economic principles and not with bullets,” Roel told Efe on Sunday, who believes that regularization will take the market away from the drug cartels.

The new Federal Law for the Regulation of Cannabis and the reforms to the General Health Law and the Penal Code discussed in Congress foresee the extension of the permitted possession of marijuana up to 28 grams, the cultivation of eight plants at home and permits for the cultivation and sale of cannabis for recreational purposes.

Mexico will thus join Uruguay, Canada and some U.S. states that have legalized cannabis.

The director of Semáforo Delictivo considered that this regulation comes “late”, since Mexico should have been a “pioneer” in the world due to the violence it suffered, and called for poppy cultivation to follow the same path.

Although he admitted that the United States, the world’s largest consumer of drugs, has traditionally used Mexico as a “scapegoat”, blaming it for the sale of narcotics and pressuring it not to regulate drugs.

According to the RIA Institute, which investigates drug policy in Mexico, cannabis production in this country ranges between 15,000 and 27,000 tons per year.

The cultivation area is about 114,000 hectares, 72% of which is located in the region known as the Golden Triangle, located between the states of Sinaloa, Chihuahua and Durango, an area practically dominated by the Sinaloa Cartel.

Researcher Falko Ernst, of the Crisis Group organization, told Efe that regularization is positive because it could empty the prisons of consumers and small-scale dealers.

However, he expressed that “there are doubts about the reduction of violence levels because marijuana for most cartels is no longer as relevant as other drugs.”

A study by the Mexican Senate estimated in 2016 that Mexican cartels received between 1 and 2 billion dollars annually from the sale of marijuana in the United States and calculated losses of between 15% and 26% of their total income if Mexico were legalized.

In addition, he foresaw “economic damage to the cartels, particularly the Sinaloa cartel” due to a lower demand for the Mexican plant because of the expansion of legal production in the United States.

This is already beginning to be a reality, according to the US Drug Enforcement Administration (DEA) in its 2020 National Drug Threat Assessment report.

In contrast, he highlights the “large quantities” of fentanyl, heroin, methamphetamines and cocaine distributed by the Jalisco Cartel – New Generation (CJNG) and the Sinaloa Cartel in the United States.

For this reason, Ernst stressed that the “survival” of the cartels does not depend on marijuana, in addition to the fact that they have great capacity to “extort” farmers who opt for the legal way of planting. “There is a great risk if legalization is not accompanied by security strategies,” he concluded.

(Featured image by victormattei via Pixabay)