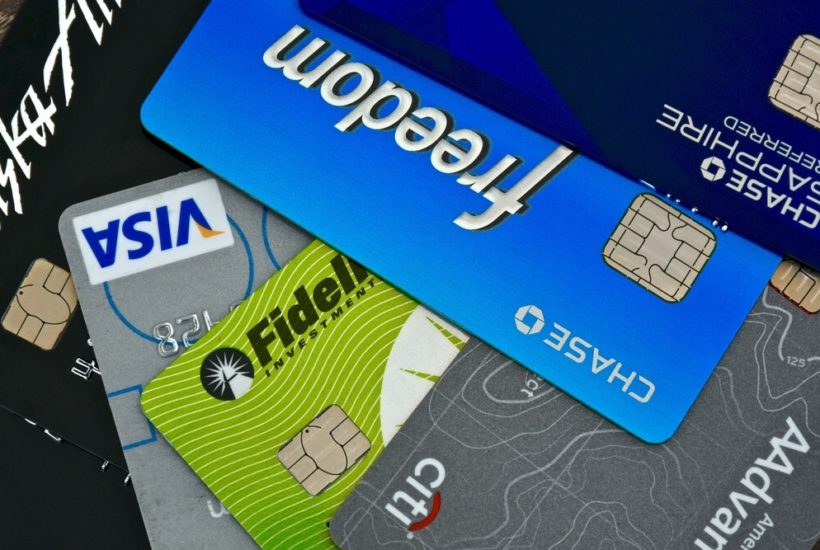 If you’re looking for a reason to cut your rewards card to smithereens, talk to Patricia Newman. She contacted me after signing up for a United MileagePlus credit card, paying an annual fee and spending money like a sailor in the hopes that she could earn a “free” trip to Italy.

But Newman, an administrative assistant from Easton, Pa., ran into one obstacle after another. When she tried to redeem her reward miles, she couldn’t find a seat on the plane, she says. United also offered her a lounge pass, but it didn’t work at the airport.

“I just want my money back,” she told me. “They can have my miles.”

Her frustration is all too common. United and other companies advertise “free” flights and other benefits to prospective customers. But they downplay the significant restrictions, like blackout dates or the limited number of award seats.

Newman’s problem pulls the curtain back on one of the most controversial discussions in business today: Who pays for credit card rewards? Is it people like her, who participate in a points scheme but end up with nothing?

Some say it’s the poor subsidizing the rich. Others claim unsophisticated credit card users like Newman pay for the perks while the smart ones fly across the Pacific in private cabins. Follow the debate to the end and you’ll discover there’s a compelling reason to toss your rewards card into the recycler right now.

Cases like Newman’s cross my desk regularly at my nonprofit advocacy organization. Like every other consumer product, rewards credit cards that allow you to collect points for every dollar purchased, have supporters and detractors.

You’ll find the rewards-card disciples in the airport lounges (their passes worked) and on the credit card blogs, where they look for new ways — some ethical, some not — to collect miles. The critics, meanwhile, have taken shelter on sites like mine, where they’re equally adamant in their belief that rewards cards are hopelessly rigged in the company’s favor and that these payment systems represent one of the biggest scams ever perpetrated on the American public.

As a consumer advocate, I have a lot of sympathy for people whose products don’t work as advertised, so let me disclose my bias upfront. A completely impartial observer might conclude that rewards cards work for some consumers, but not for others.

Do credit card rewards take advantage of the poor?

If you’re looking for a reason to quit your rewards program cold turkey (you can cut the card up for dramatic effect if you want), then you should pay attention to a slightly less rancorous debate that’s been going on for a while.

For years, credit card insiders and loyalty experts have known that something doesn’t quite add up about the system. How can you get “free” miles? Doesn’t someone have to pay for it?

That “someone,” it turns out, may be those who can least afford it. It’s an idea most recently floated in an essay on the New York Times-owned Wirecutter blog, which asked the provocative question: who pays for the rewards

Its answer: the poor.

“For the millions of poorer Americans who don’t have the credit score and history to obtain a premium card,” it noted,” this situation is gallingly inequitable.”

Here’s the gist of Wirecutter’s argument: To offset higher credit card interchange fees charged to merchants, which come to around 2.5%, businesses raise their prices. Those price increases disproportionately affect lower-income consumers, who either have a less generous credit card or pay cash.

Indeed, a 2009 Government Accountability Office report notes that consumers who do not use credit cards “may be made worse off by paying higher prices for goods and services.”

For credit card rewards, the truth is a little more complicated

Credit card companies earn money from a variety of sources, not just interchange fees. They can include late fees, interest, and other junk charges. And sometimes, says Jusko, the rich even pay their fair share. For example, when they carry balances and pay interest, even the affluent get hit with charges.

Experts say the reverse Robin Hood theory — that the poor are subsidizing the rich — is at best a half-truth.

“I would take exception to the notion that economically disadvantaged customers are being used by the credit card companies to the advantage of the best customers — the wealthy,” says Todd Christensen, education manager for Money Fit, a nonprofit credit counseling agency. “Income is not listed on anyone’s credit report and thus not a factor in anyone’s credit rating.”

Instead, it’s the cardholders who carry high balances and pay the sky-high interest rates that end up subsidizing the generous rewards for everyone else, he says.

Any way you look at it, one of the cornerstones of the credit card reward programs seems to be some form of inequity: haves and have-nots.

Who benefits from the confusion over credit card rewards?

While rewards cards make much more money off of interest from people who carry a balance each month, there’s no proof that the interest earned from poorer customers is used to finance the rewards of the rich, says James Lambridis, CEO of DebtMD, a personal finance site. 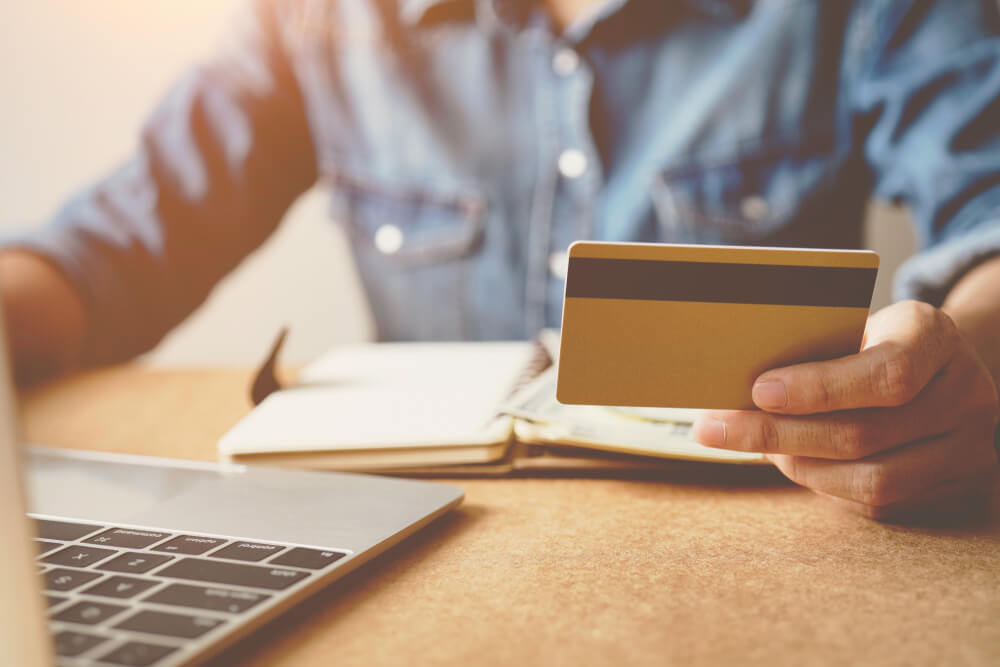 When it comes to credit card rewards, who benefits the most from it? (Photo by luckysky 2017’s via Shutterstock)

“That’s more than enough to give that customer a free flight, hotel room, or another common reward The bottom line is the credit card companies will always come out on top, whether people are paying interest and fees or not,” he says.

At this point, it may be helpful to ask: Who is benefiting from the confusion? If you said: not me, you’re correct.

The credit card issuers are laughing all the way to the bank. And companies like airlines are practically printing money in their basement, thanks to their rewards schemes.

The reason this credit card debate can become so muddled is that the systems are incredibly complex. Just check out your cardmember agreement if you don’t believe me. There may be a business model behind all this: The more complex a financial instrument, the easier it is to pawn off on an unsuspecting public.

It’s like credit default swaps, the financial instruments that led to the Great Recession and nearly led to the collapse of the U.S economy. Nobody really understood these instruments — after all, who has time to read the fine print?

In other words, the complexity — and the resulting confusion — is a big part of the reason these rewards cards can succeed. At least that’s the informed opinion of many of the experts to whom I’ve spoken.

So who is really paying for these generous credit card rewards?

“Credit card companies aren’t as concerned about the poor and the rich,” says Mark Huntley, co-founder of Credit Knocks, a finance site. “They are concerned about whether you have bad credit or good credit. Certainly, the people with bad credit pay a lot more in interest and fees.”

SEE ALSO  Bitcoin market capitalization of $1 trillion: BTC and the 10% bet on gold

So it isn’t a rich versus poor issue — it’s more like informed versus uninformed.

People who are winning the rewards game read the large and small print and exploit every loophole in their cardmember agreement. They aren’t necessarily rich, although some of them have become millionaires by selling their insider knowledge and consulting services to the public.

And then there’s everyone else: the folks who maybe glossed over the fine print and don’t care when they miss a credit card payment. They’re paying for those “free” airline tickets, hotel rooms and other rewards, and they probably don’t even know it.

But that doesn’t have to be you. A sober examination of your credit card terms can reveal whether it’s worth keeping your card or cutting it to pieces, says Oliver Browne, a credit industry analyst for Credit Card Insider, a website that encourages the responsible use of credit cards.

Look at how the card earns rewards

“Think about your main purchases,” says Browne. “Numerous cards have special spending categories, where you will get more points for particular types of purchases.” For example, some cards offer three times the points for restaurant purchases. Choose a card where the rewards align with your most common or most significant purchases to maximize your value, he says.

Many rewards cards have numerous types of point redemption methods, and point values can vary with the method chosen. “In order to get the most value out of your potential rewards card, compare the ways in which you can redeem points,” says Browne.

If a rewards credit card with an annual fee catches your eye, make sure you will receive enough value in terms of benefits and rewards to offset the fee. “For example, there is no point of paying a high annual fee for a travel rewards card if you rarely travel,” he says.

Finally, use your reward card to buy things you were going to buy anyway. Pay off the balance at the end of each month. And beware of “gotchas” like currency conversion fees, late fees, and redemption fees, which can add up — not to mention paying for those generous perks the insiders are reaping.

The surprising reason you should cut up your rewards card is not that takes from the poor and gives to the rich (although it sometimes does). It is because, as Newman discovered, the cards aren’t everything they claim to be. When a rewards card like United’s offers irresistible perks in the large print — like free miles or lounge access — but then silently removes them in the small print, well, that’s a firing offense.

And that’s exactly what Newman did. She cut up her card.

I offered to help advocate her case, but I never heard from her again. She must have been disgusted by this card game, which is rigged to favor her airline and bank.

Can’t say I blame her.