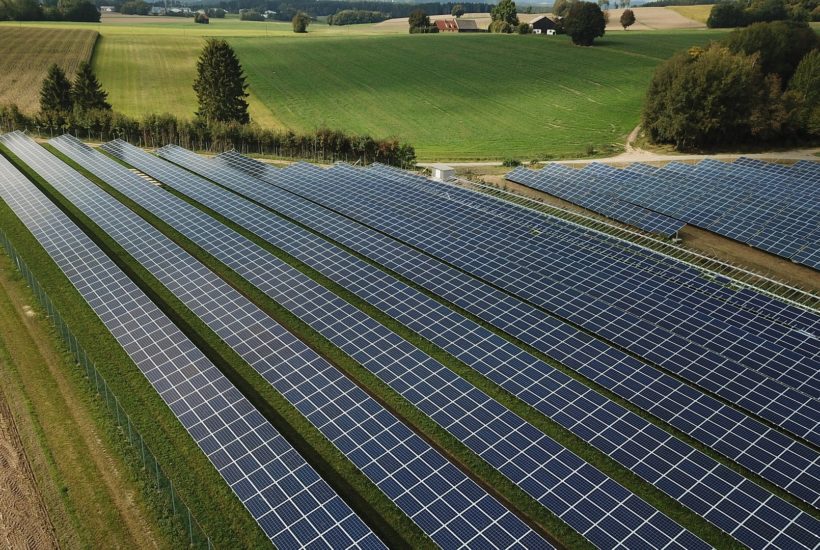 Tages Helios II, a fund managed by the asset manager specialized in alternative infrastructure investment funds and investments in the energy sector Tages Capital sgr, has acquired another 28 photovoltaic plants in Italy.

In detail, the sgr has acquired from Viridis Energia a portfolio composed of 12 plants located in Emilia Romagna and Marche for about 19 MW. The plants are located near other plants owned by Tages Helios II, allowing to exploit important synergies and economies of scale in the area. The fund has also acquired a photovoltaic portfolio of 16 sites in Sardinia from Equiter, for a total of 4.3 MW. The news had been anticipated in early January 2021, but at the time there was talk of 15 plants in Sardinia. This region is also well manned by Tages Helios II, because there are already other plants, investments of the first Tages Helios fund.

Read more about the latest investment of the Tages Fund and find the most important business news with our companion app Born2Invest.

With the latest acquisitions, the Tages Helios II fund has come to hold 116 MW of installed capacity

Umberto Quadrino, president of Tages, commented: “The investment activity, which during the first phase of the pandemic has undergone an understandable slowdown, has had an acceleration in recent months, with closings at the end of December and others planned for the month of January, which give hope for a full resumption of activity in 2021. An important investment plan then, thanks above all to the excellent response of large institutional investors who believed in us at our partial closing at the end of the year. We aim to reach 350-400 million of total funding by the beginning of May 2021.”

With the latest acquisitions, the Tages Helios II fund has come to hold 116 MW of installed capacity, including 30 MW wind, for a total of 388 MW held by the two funds managed by Tages Capital sgr: Tages Helios and Tages Helios II. The two funds have so far collected more than $667 million (€550 million), positioning the sgr as the second operator in the photovoltaic sector in Italy. At the end of December 2020, Tages Helios II fund concluded a new partial closing of the collection of $63 million (€52 million) in which participated, among others, two pre-existing pension funds that join pension funds, insurance companies and other institutional investors that had already invested in the fund in the previous closing. Tages Helios II, launched in July 2018, had made another partial closing of the fundraising in March 2020 at $126 million (€104 million), reaching a total endowment of $306 million (€252 million), in line with the amount raised by the Tages Helios I fund, which closed in January 2019 at $306.8 million (€253 million), fully invested to date.

At the same time as the partial closing, the Tages Helios II fund had completed the acquisition of a 14.5 MW PV portfolio from Susi Sustainable Energy and, for a minority stake, from Plenium Partners. With that acquisition, the Helios II Fund’s portfolio had reached 10 plants, located in Piedmont, Lombardy, Lazio, Umbria and Sicily for a total of 56MW. In November 2019, Tages II had refinanced with $515 million (€425 million) a portfolio of solar and wind plants, with a total capacity of up to 142MW. This had been the first project-based refinancing transaction of a large portfolio of plants for the production of energy from different renewable sources (solar and wind) and incentive schemes. Also in 2019, the fund had received another financing through Holdco Ortigia Power 31: an $103 million (€85 million) expansion of the financing package originally provided at the end of 2018 by the banks. Finally, in December 2020, Tages Helios II bought an spv holding the authorization to build a photovoltaic plant in Sicily with a capacity of about 4.5 MW, as well as the related surface rights and the rights to connect to the national electricity grid.

Tages Capital sgr, with its funds Tages Helios and Tages Helios II, has so far raised over $667 million (€550 million), thanks to the commitment of major institutional investors including leading insurance companies, pension funds, social security funds, banking foundations and banks. The company is part of the Tages group, founded in 2011 by Panfilo Tarantelli, Sergio Ascolani and Salvatore Cordaro, who were later joined by Umberto Quadrino and Francesco Trapani. Today, Tages Helios is the second largest photovoltaic operator in Italy, with assets of over 1 billion Euros, managed through two funds, Tages Helios and Tages Helios II, through an innovative owner-manager model and a buy and hold strategy.

Tages is an international asset manager active: in the alternative liquid funds, private debt and impact investing sector, through Investcorp-Tages the recent joint venture with Investcorp S.A, with over 7 billion dollars of revenue generating assets; in the renewable energy sector with Tages Capital sgr; in the private equity sector through a strategic partnership with Vam Investments Group, an investment company specialized in growth capital and buyout. Tages shareholders also hold a minority stake in Credito Fondiario, a leading operator in the credit sector in Italy.