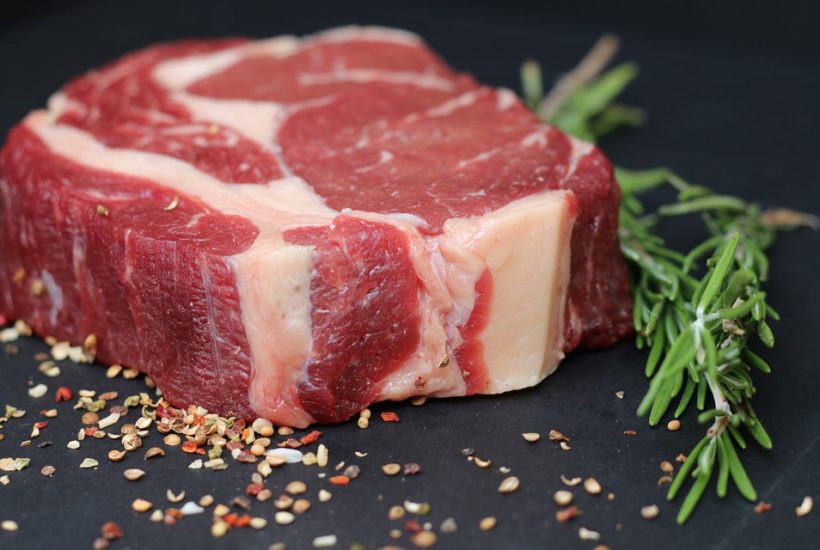 When GMO products first appeared on the markets, many investors on the market though they would cause a huge boom in values. They were not wrong, as the GMO crops quickly grew in popularity among manufacturers. The increase in productivity that came about as a result of GMOs quickly caused an increase in the share value of food companies utilizing them. But, today the technology is seeing a strong backlash as a result of the general population feeling uncomfortable with genetically modified products, and with falling demand, share value is falling as well.

Trends are, after all, the driving force behind the market value. There are new food technology trends in town though. It seems that technology is not going to stop interfering with how we live and how we eat any time soon. The article is going to be dedicated to looking at these food trends and their performance in the markets.

The biggest news on the US stock market were two companies that only recently held their IPOs, both of them related to meat manufacturing. Impossible Foods and Beyond Meat are both companies that specialize in producing food items that are replacing meat but are not actually meat. One of the companies had their IPO in 2019, and it was incredibly successful.

The companies are producing fake meat products such as sausages and burger patties, that are based on plant products. One of them uses pea protein isolate while the other uses a soy protein isolate. The recipes for the products are different, but the final result is that both have a taste that approximates real meat very closely. The companies are thus aiming to offer a meat alternative to all those people who are unable or do not want to deal with real meat.

Substituting meat has a long time been the holy grail of companies that wish to serve vegetarian and vegan clients a product that can be exceptional. The people who have been looking for a substitute product such as this were extremely excited to see them become available. And this is reflected in the share value of beyond meat. The company held its IPO in March of 2019 and within 3 months, the value of the stock had increased by about 750%. The patties produced by the company are served in shops across the country, while a few chain restaurants have also acquired direct contracts to serve food with their products in them.

Meanwhile, Impossible Foods burgers are now being served in one of the largest fast-food chains in the world – Burger King. The company has recently also acquired the right to sell its products throughout grocery shops in the US, further increasing the value that shareholders are seeing in it. .

What is more, there is some really solid evidence that shows the demand for these products growing every day. This means that the companies can scale up their production without fear of not having enough customers. In the face of a population that is growing more environmentally conscious and more averse to the real meat, this product is going to be one of the many foods of the future.

SEE ALSO  Is December the best time to buy a home?

Lab-grown meat has been causing a lot of debate in the past few years, ad people have started discussing whether they would be interested in eating it at all. Beyond the simple ethical questions, there are questions that are motivating the people to keep looking into lab-grown meat products. Questions such as cheaper production costs, lower environmental impact and considerations of cruelty are all highly interesting to certain parties and quite a large chunk of consumers. This is how there are those who think that lab-grown meats are going to be a significant part of the human diet in the future. But is the future already happening?

Just INC is another US-based food company out of San Francisco. The company has been supplying certain plant-based animal product substitutes for a long time now. Their most successful product has been JUST Egg, a plant-based egg substitute that comes in a bottle. But now, the company is also working on creating Lab-grown meat that would be used for the general consumption of the population. The meat is grown from a single cell that is taken from a live animal and then grown, through a lab process, to produce a meat culture. The result is plain meat that was grown in a lab. This allows the product to be cruelty-free and not require endless farmlands to produce a sustainable product.

Where is the technology now

The technology is still in its initial form. While there are those who are incredibly interested in the product, the companies that are working on it are still looking for ways to scale up production in ways that would keep the process sustainable. The complex lab conditions that are needed for the meat to be able to grow and replicate are not easy to achieve on a large scale. Still, the company is managing to learn more about the process and produce higher quantities and qualities with every new attempt.

The company, through simply the operations of heir JUST Egg and JUST Mayonnaise, has already managed to reach a theoretical valuation of around $1.1 billion. But beyond the products, the company has also managed, through deals with other companies, to produce $200 million in funding to increase the quality of their products and continue working on their lab-grown meat projects. JUST has yet to hold their first IPO, but with the current theoretical valuation of the company, it would be a highly anticipated event. JUST is not the only company working on lab-grown meat. There are a number of Israeli startups, such as Future Meat Company, that are currently working on the project, as well as a number of others around the world. The demand for lab-grown or cultured meat is growing. The first companies to manage to break through will be reaping most of the rewards of this demand.

SEE ALSO  How much are traffic jams really costing people?

Vertical farming involves crops that care relatively easier to grow in vertical conditions, such as lettuce and spinach but are not only limited to these. Theoretically speaking, it is possible to vertically farm any kind of vegetables and even some specific fruits. The process involves placing stacks of soil with the desired vegetables in vertical rows, with light that simulates sunlight being shined on each row. This allows warehouses to be easily transformed into farms, with some of them rivaling some of the largest farms in the country in terms of productivity. Warehouses like these can be easily located within large metropolises, such as New York City, where space is incredibly valuable and warehouses are not that large. AeroFarms, specifically, is based in New Jersey and operates a number of warehouses within large cities that are highly populated and suffer from a lack of space. Specifically, the majority of the farms are currently located in Newark, NJ, but the company is considering expanding its operations to other areas.

The biggest advantage of such farms is the level of automation that is involved. Watering systems, lighting systems and all of the necessary systems for the well being of plants are autonomously managed by a computer system. The workforce required for the maintenance and management of the farm is minimal, which drives down the cost of managing these farms by a whole lot.

AeroFarms has yet to hold an IPO, but the company has already shown a lot of potential in terms of funding. The company was invested into b SoftBank, with an amount of $200 million, while also raising additional funds from different investors that amounted to about $100 million. There is no specific, current data on the valuation of the company, as it has yet to be appraised in this round of investments. But, throughout one of such rounds the company ended up being valued at around $500 million. There is already high demand for vertical farming, with investors seeing potential in utilizing less space to produce higher quality goods, so there is definite value in investing companies that concern themselves with such projects.