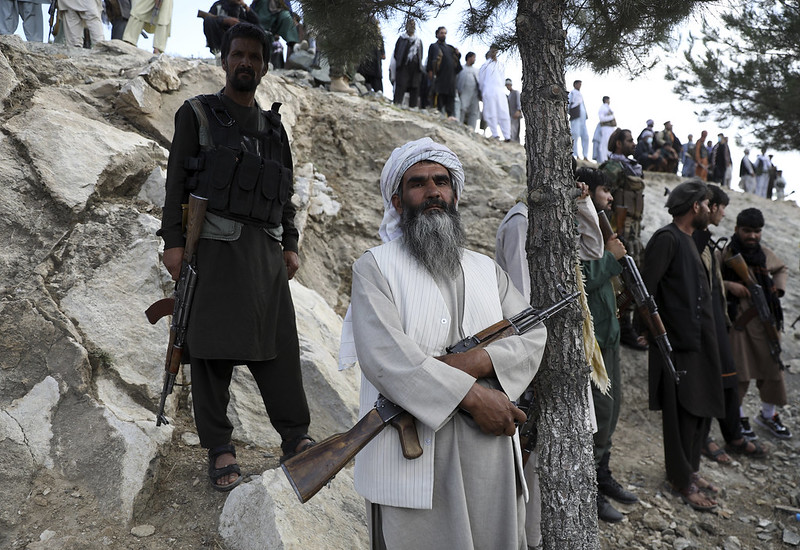 Afghanistan is one of the world’s largest producers of cannabis, and, with the coming to power of the Taliban, everything remains the same or increases.

It has been a few months since the US army left Afghanistan, leaving the population at the mercy of the new leaders, the Taliban. The new tenants of this unique country that could never be fully conquered throughout its history, pledged to the international community to control the large-scale drug production. In fact, they continue to assure that they plan to crack down hard on the illicit drug production and trafficking that largely fueled their successful revolt.

Read more about the cannabis sector in Afghanistan and find the most important cannabis news in the world with the Hemp.im mobile app.

Cannabis production in Afghanistan is a big money-maker

The new government in Afghanistan, the Taliban, said the narco-economy is not something they agree to, in fact, they said they are at war against it. Although it is not lost on anyone that it is possibly one of, if not the biggest source of the country’s resources, and of course they are also taking advantage of it.

Ghulam Ali is a cannabis farmer and producer in the south of the country along the main road in the Panjwai district of Kandahar province. In an interview with AFP, he says that although the government has changed, nothing will change on this issue.

Ali has a three-hectare Afghan cannabis plantation and with a plant as tall as his person, “This is the most profitable plantation among all, more than any other product or fruit.” “I could have grown poppy (opium) but that crop needs more investment and more chemicals to protect the plants from diseases,” says the smiling, 30-something, blue-eyed, dark-turbaned cannabis grower.

Now and with the return to the Afghan government of the Taliban, that form of double taxation that paid the insurgents and the former government and took a cut of the farmers’ profits is over, they will only pay some.

“They are here on the other side of the street,” he told AFP on his cannabis production and speaking of the Taliban. “But they don’t want anything from us.”

Ali and his family previously had cornfields, but converted them to cannabis cultivation in 2000 under the previous Taliban government, just before its overthrow. The farmer stresses that for now he has had no reason to regret the change.

For two decades, his entire family, some twenty members, have lived in a modest farmer’s house made of mud or dry earth, being a little better than the standards of the country’s rural areas. Also, the family is able to make a better living from these crops than other rural families. Although they are not wealthy, all of the younger members of the family can go to school and have their minimum needs met.

When harvest time comes, Ali hires workers from the rural areas to help with the harvest. “It’s very easy for cannabis to reproduce well here with this beneficial climate for it.” Over the next few weeks, it will be sifted, pressed, and heated to extract an oil, which will then be transformed into black-green hashish paste for sale and export.

High-quality cannabis in Afghanistan under the former government

The cannabis produced in this region is of very high quality and in high demand. The cannabis is sold to drug traffickers at a price of between 10,000 rupees and 12,000 rupees per kilo, about sixty dollars. That is a good price for the sellers, as they then sell those same bricks of hashish in countries such as Iran, India, or Pakistan at twice the price they bought it for.

A mullah and governor of Kandahar, Yussef Wafa, under the new Taliban government, told AFP that Afghan authorities had brought to justice or imprisoned about 1,000 “addicted” Afghans in the last thirty days.

“We are trying to eliminate poppy (opium) and hashish (cannabis) and we are trying to keep people away from the sellers, the smugglers,” said the Kandahar governor “And we will not let the farmers grow it.”