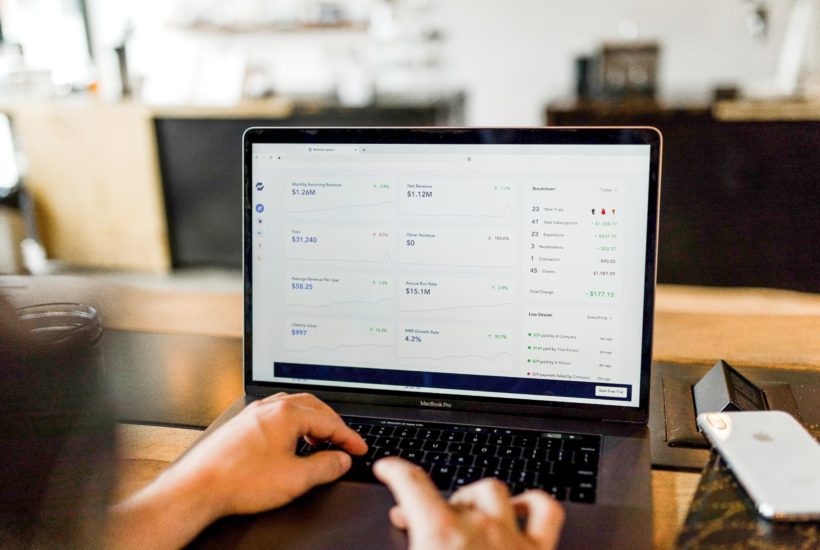 Investors are growing cautious as we approach the fourth quarter, and their trepidation is justified. Here’s a brief summary of the situation: there is a potential global financial crisis stemming from the Chinese property market meltdown, supply chain bottlenecks are growing worse, Q3 Earnings warnings are being reported from many large corporations, interest rates are rising, inflation is at a 40-year high, tax hikes are coming in ’22, and the threat of a U.S. debt default still hangs in the air until the end of November.

The macroeconomic situation today is one of stagflation. Meaning, inflation rates are higher than normal at the same time GDP growth is slowing. To this point, the data shows that 6.2 million people lost their benefits in the week of September 11tt, as most government pandemic unemployment relief programs expired. These people all need to find a job, and quickly, to supplant that huge government weekly stipend that is now gone. Instead, we find that weekly layoffs are consistently higher than any other time since before the pandemic all the way back through 2015. And, we see that only 194k net new jobs were added during the month of September.

Capital Economics has this to say about the situation: “With the labor force still three million individuals lower than it was in February 2020, and surveys suggesting that the number who don’t want a job is increasing, it’s looking more and more likely that labor supply has suffered a permanent hit from the pandemic.”

We also note that the Q3 GDP growth estimate from the highly accurate Atlanta fed plunged to just 1.3%, from the 6.7% pace of growth recorded by the BEA during Q2.

So, it is stagflation for now; but deflation is just a few quarters away because there is a demand shock set to occur stemming from plunging asset prices. The stock market’s recent volatility can be likened to a typical pothole in the pavement. However, a huge crater has formed just down the road. The perfect storm for the stock market and economy is in full development and should hit the U.S. by the second quarter of next year.

Here are a few more details on what we are facing very soon. We have the baneful conditions of higher taxes coming next year on capital creators and its formation, higher interest rates, and higher inflation than what has been witnessed for the past few decades. Not only this, but we have the world’s second-biggest economy (China) that has seen its economic growth derailed by the collapse of its real estate bubble, which has been the very foundation of its growth for the past 20 years. In fact, China’s factory output fell into contraction in September, indicating the economy is already faltering. Then, you add in the dysfunction in D.C., which is unable to agree on another massive fiscal stimulus package. Meaning, government deficit spending, which was 18% of GDP ($3.7 trillion) in 2020, and 16% of GDP ($3.1 trillion) in 2021, will plunge to a still awful, but just about 5% of GDP ($1.2 trillion) in 2022, according to the non-partisan CBO.

Of course, it should be abundantly clear that monetizing huge government deficits actually harms economic growth in the long term. However, printing a massive amount of new money and handing it directly to consumers and businesses does, in the short term, cause an economic adrenalin rush to occur. The payback from that will be acutely felt next year.

Hence, the biggest fiscal cliff since the end of WWII will hit GDP at the very same time the Fed will be forced to tighten monetary policy due to the highest rates of inflation in the past 40 years–leading to the biggest monetary cliff on record. Namely, our central bank has printed $4.4 trillion (an average of $250 billion worth of new money creation each month) over the past 18 months. But Mr. Powell has already indicated the Fed should be printing zero new dollars by the middle of next year, which will set the table for rate hikes towards the end of ‘22. All of these things will collide into the most overvalued stock market in history–and by a humongous margin. The total market cap of equities as a percentage of GDP is 200% today, while the average is 80%. And, the previous peak was 140%, which was reached at the apex of the Great NASDAQ bubble in 2000. As a reminder, from that level, the S&P lost 50% and tech stocks plunged by 80% from 2000-2002.

So, for now, it is just an ordinary and pedestrian decline for the stock market to endure that will be marked by extreme volatility in both directions. However, investors should prepare to short high beta stocks and junk bonds when the timing is appropriate. Buckle up; another crash is coming. The question is, will investors continue to have faith in the 60/40 stock and bond portfolio if equities are plunging and the bond ballast is broken? Or, will they proactively prepare to dynamically adjust their portfolios to protect and profit from the great reconciliation of fixed income and equity prices that lies just ahead?