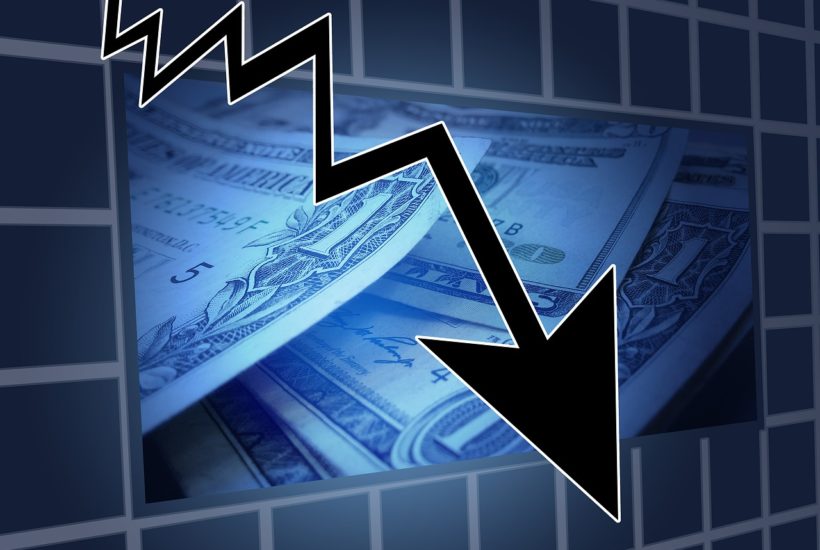 Inflation is running white-hot right now, and the reason is clear. It is because the Treasury poured $6 trillion into the economy between March of 2020 to March of 2021. That amounts to nearly $50,000 per US family in the name of pandemic relief. According to David Stockman, the government’s largess was equal to 7.5 times the $800 billion of economic growth lost due to the various lockdowns and restrictions—both self-imposed or mandated. This time around the money wasn’t just sent to Wall Street, as it was in the wake of the Great Financial Crisis of 2008. Covid-19 was a perfect excuse to deploy Modern Monetary Theory (MMT) directly to state and local governments, consumers, and businesses as well.

In other words, the government didn’t just re-liquefy the banking system and then maybe hope consumers would receive some of the monetary crumbs as an ancillary consequence. The various virus-related rescue packages circumvented banks and pushed funds directly to the mass population. Paying people to lay fallow while at the same time giving them money to actually increase their consumption habits is a perfect recipe for rapidly rising Consumer Price Inflation. However, such a feat cannot be duplicated anytime soon without destroying the US dollar and the full faith and credit in our sovereign bond market.

As far as the stock market is concerned, you can’t drive the proverbial investment vehicle while looking in the rearview mirror. It’s always the next macroeconomic condition for which investors need to prepare for, as the current state of affairs is always priced-in. Accelerating rates of growth and inflation should prove to be transitory because they have been based on the artificial measures of fiscal and monetary carpet bombs.

However, the experiment with MMT is in the process of ending…for the time being. September 4th will mark the end of the $300 per week in enhanced unemployment subsidies. These erstwhile employees will have to head back to work, many for less pay. But they will be producing goods and services, which will be key towards relieving supply shortages and reducing bottlenecks that tend to increase prices. Not only this, but 41 million people have to start paying student loans once again come October 1st. Americans now owe about $1.7 trillion of student debt, more than twice the size of their credit-card liabilities, according to Bloomberg. And, over the course of this fall, mortgages and rent forbearance ends. Meaning, consumers must soon resume paying their greatest monthly expense–thus, vastly reducing their discretionary spending.

Hence, the US economy is about to go over a massive fiscal cliff; and the monetary cliff is just as deep. Indeed, the plunge has already begun. First, the Fed will end up having reduced the annual growth in its balance sheet to around $1.5 trillion for all of 2021, from $3.2 trillion in debt that was monetized during all of 2020.

Second, Mr. Powell announced on June 2nd that the fed would begin to sell $13.7 billion of its corporate bonds and ETF holdings. Now admittedly, this is a very small fraction of the total $10 trillion corporate debt market. But it’s the psychology of markets that matter. Back in March 2020, the Fed said it would purchase an unlimited number of Treasuries and MBS, as well as buying corporate bonds and ETFs for the first time in its history. Wall Street became completely aware that the Fed was going to create a bull market in prices across the entire fixed-income spectrum. And predictably, investors began to front-run the central bank’s indiscriminate and infinite bids.

Therefore, it didn’t matter that Mr. Powell only had to purchase $13.7 billion of corporate debt. The Fed went all-in on its backstop for bonds, and everyone became aware it would not let these prices drop. In fact, it eventually sent bond prices and yields to the twilight zone.

For instance, the yield on CCC corporate debt, which is the junkiest of junk-rated corporate debt and only one notch above “D” for default, is just 7%. That yield is the lowest in history and more than 700 bps points below their long-term average. This is one of the many illustrations why the next time QE ends, and interest rates rise, the results will be disastrous.

If you want to know why the stock market has stalled out over the past couple of months, your reason is the fiscal and monetary juice that has supported asset prices, and the economy has started to wane. This will cause a period of disinflation to emerge very soon, requiring investors to own the asset classes and sectors that benefit under such a regime — such as dividend payers that tend to increase their payout. However, the disinflation could turn into a very destabilizing deflationary environment next year. Hence, the next opportunity to make a significant amount of money in the stock market could very well be to short it, as equity prices begin their toboggan ride down the slide.

No one can be sure when this will happen. But having a model that can determine when it is imminent to start will be crucial. It could occur during the course of the official tapering of asset purchases. Or, even perhaps once the rate hiking cycle commences. In either case, the fuse has already been lit on the next deflationary recession/depression, which should fracture the equity market deeper and harder than any other time in history when it arrives.