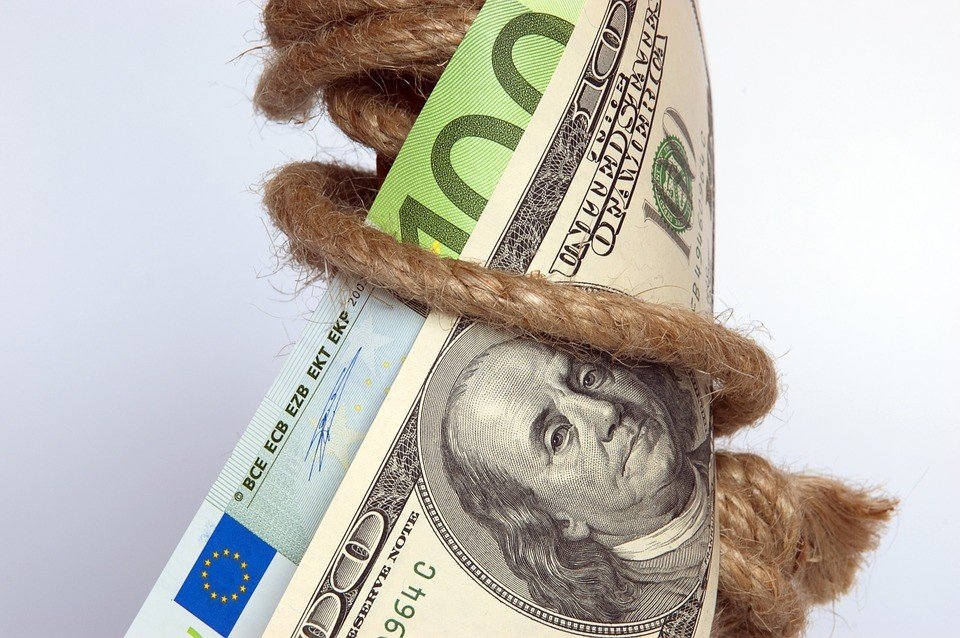 It’s no secret that our Federal debt has more than doubled since the onset of the last recession in late 2007.

And now Trump’s business tax cuts are pushing that debt higher still. It’s now at 114 percent of GDP. It was only 69 percent of GDP in late 2007.

In fact, government debt has been roughly doubling every eight years or two administrations.

At a similar, near-doubling rate, it could be as high as $39 trillion at the beginning of 2025, when Trump would be out of office if he serves two terms, which I think is unlikely.

But when you consider the impacts of the large corporate tax cuts in the deep depression I expect we’ll see between 2020 and 2023/2024, that dizzying figure doesn’t seem all that impossible after all.

What if deficits start running $2.0 trillion to $2.5 trillion a year?

And there’s a lot of off-balance sheet debt that comes in. Debt has always gone up faster than the cumulative deficits.

Consumer debt has only come back to slight new highs at $14.2 trillion and the financial sector debt has declined $2.1 trillion since its peak in 2008.

Up more than government debt…

Most people aren’t aware that these have gone up more than government debt. They’ve gone from $2.95 trillion at the beginning of 2008 to $7.65 trillion in late 2018, heading towards $8.0 trillion-plus. That’s 159 percent as of now, greater than the growth of the Federal debt.

The worst part is that much of that has been used for leveraging earnings through stock buybacks that shrink shares rather than grow capacity and sales/earnings—and not for expansion of capacity.

It’s the same phenomenon around the globe—from China to Turkey—with corporate debt growing the fastest thanks to low rates and the plentiful dollars and euros printed to bail us developed countries out of our last debt crisis. 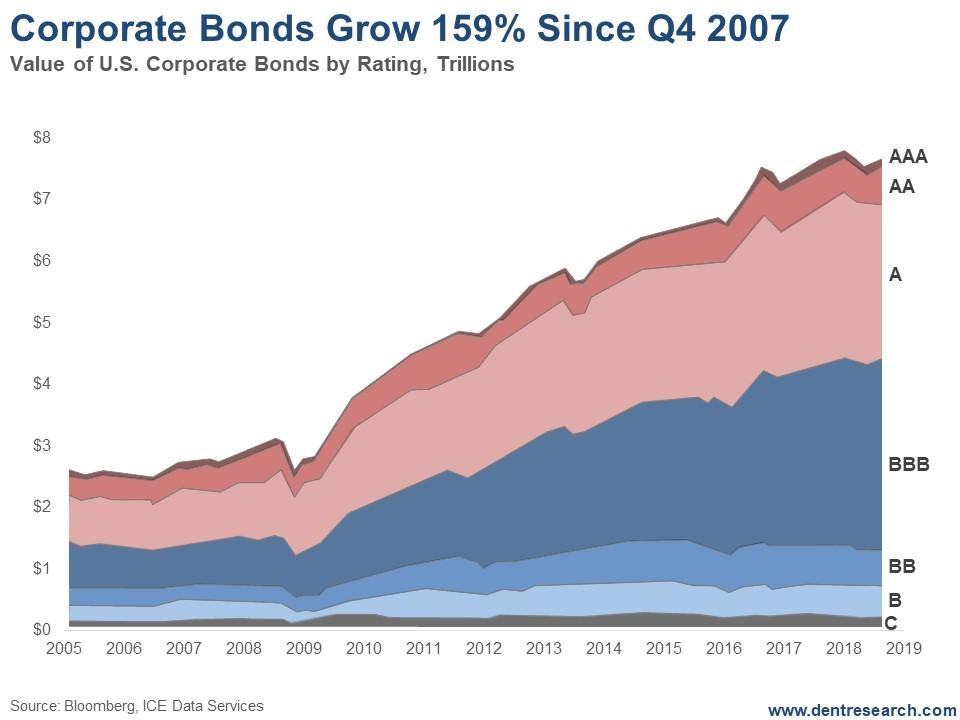 The fastest growth in the U.S. in recent years has been in near-junk or BBB-rated bonds. Why not, when investors see little risk of a recession after a 10-year expansion, the longest in history without a recession.

History would say the odds are not just high, but inevitable, that we’ll get that recession in the next year or two!

BBB-rated bonds are now the biggest single sector at $3.2 trillion or 42 percent.

The second largest is A-rated, the lowest level of investment grade, at $2.5 trillion or 33 percent.

What are the consequences of this recklessness?

Last time around, between defaults and bond values falling due to rising risks, corporate bonds lost 35 percent of their value or about $1 trillion.

This time I think bonds will peak at around $8 trillion and then lose about $3 trillion in value. That’s 38 percent.

Failing U.S. subprime loans triggered the last global debt crisis. This next one is likely to come from failing emerging market corporate debts, followed by the U.S. and developed country defaults and bond devaluations…

Just another “brick in the wall.”