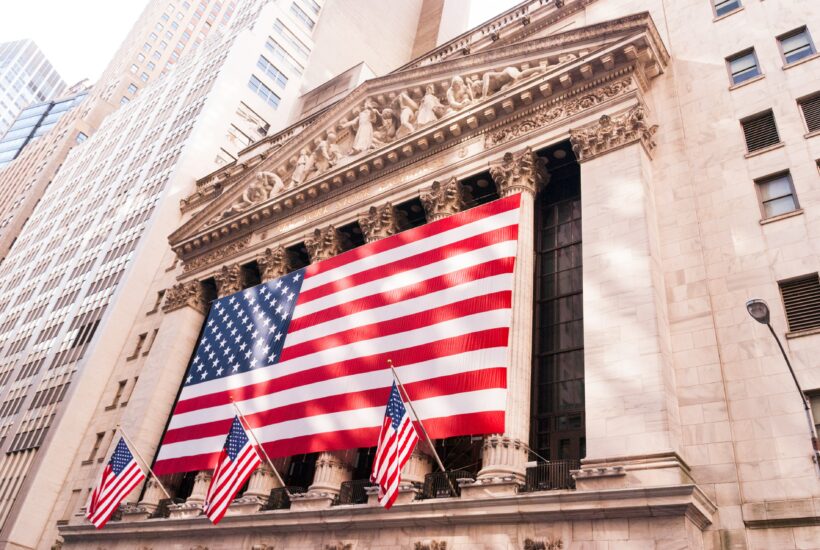 The economy is faltering, and markets are becoming chaotic. In spite of this, the mainstream financial media is busy convincing investors that the bull market is solidly intact.

But right on cue, Wall Street apologists are data mining parts of the yield curve to try and explain why the economy is strong and that a recession isn’t in the cards. They try to deflect your attention away from the most salient 10-2 curve inversion and instead point to the 3-month, 10-year curve spread to dismiss the whole flattening and inversion thing going on everywhere else. Why? Well, because they always need an excuse to stay bullish.

Newsflash, the 10-3month Treasury yield spread is only temporarily lagging behind the more relevant parts of the curve simply because the Fed has long dithered to raise the Funds Rate. The fact is, the 3-month T-bill is always pegged very close to the FFR. And since the Effective Fed Funds Rate is still stuck at around .33%–again, that to Powell’s reticence to fight inflation– this part of the curve has yet to invert. However, once Mr. Powell really gets going with the tightening process, this part of the curve should invert too, as the overnight lending rate eclipses longer duration yields.

Allow me to briefly explain why all this curve inversion stuff is so important. It is all about money supply growth and access to credit. You see, we have a debt-based monetary system. This means money is created when a bank makes a loan. Banks make a profit between what they pay to depositors (borrow short) and the income they receive from their assets (lend long). When the yield curve inverts, their profit motive is greatly eroded, just as the risk of making new loans increases. This dynamic occurs at the same time consumer’s demand for credit decreases due to their need to reduce leverage. The monetary liquidity then dries up, and asset prices begin to tumble.

Of course, Wall Street abounds with Pollyannas that come up with reasons for the investor lemmings to walk blindly off the cliff. Enter Deutsche Bank and its soothing words offered to us regarding the history of curve inversion. Their research indicates that after the 10’s-2’s inversion takes place, the market has peaked between 3-25 months later. And the average increase for the S&P 500 after that initial inversion is 19%.

Let’s take a look at the more relevant data that the Deep State of Wall Street so conveniently overlooked. We will first dismiss the last curve inversion that occurred in the late summer of 2019–just a few months before the economy and markets tanked–because of the assumption that the yield curve just got lucky due to the unpredictable COVID-19 pandemic.

So, let’s instead look at what happened during the time leading up to the Great Recession of December 2007 thru March 2009. The spread between the 10 and 2 Year Note first inverted on December 27th 2005. The economy was so strong back then that the Fed was able to hike rates by 325 bps (from 1% to 4.25%) during the timeframe beginning with the first hike in 2004 until that first inversion occurring at the end of 2005. But after that initial curve inversion, the Fed was only able to push through another 100 bps in rate hikes before it had to stop tightening policy in June 2006. This pause was due to a clear deceleration of economic activity. Despite the Fed’s relaxation of its hawkish monetary policy stance, the economy continued to deteriorate, and the stock market topped out a year later in the summer of 2007. The Great Recession began just a few months later.

Today’s economic situation is very different. The economy is so weak right now that it only took one, 25 bp rate hike to invert the 10-2 yield spread. This leaves just about 100 bps of hiking that can be done before the economy slows enough to turn a hawkish central banker into a dove. The problem is, since inflation is at a 40-year high, Mr. Powell cannot easily turn dovish. In fact, he has scheduled another 225 bps of rate hikes this year alone. And, due to that 8.5% CPI, 11.2% PPI & 12.5% Import Price spike; he must continue with his rate hike campaign–in conjunction with QT—until inflation is under control or markets plunge…whichever comes first.

Another part of the recession cover-up story is the idea that leverage in the system has all but disappeared. Let’s compare the period of time just prior to the start of the Great Recession, which is regarded as the most overleveraged economy in U.S. history, to the state of the economy as of the latest reported data at the end of 2021. In December 2007, corporate debt was $6.3 trillion (42% of GDP). At the end of last year, corporate debt soared to $11.6 trillion (48% of GDP, which is a record high). And, Total Non-financial debt was $33.5 trillion (227% of GDP) at the start of the Great Recession. But now, Total Non-financial debt has skyrocketed to $65 trillion, which is an incredible 270% of GDP. What we have in reality is an 84% increase in corporate debt and a 94% jump in Total Non-financial Debt in just the last 14 years!

The major point here is the amount of debt has increased significantly in both nominal terms and as a percent of GDP after each recession. This means the level of interest rates it takes to break the economy keeps reducing. In the year 2000, it took a Fed Funds Rate of 6.5% before the market melted down. Leading up to the Great Financial Crisis of 2007-2009, that level dropped to 5.25%. Then, due to the massive leverage prompted by the Fed and Treasury following that crash, it then took a FFR of just 2.5% to cause the credit markets to freeze and stocks to falter in 2018. Today, it will probably take a FFR with just a one-percent handle before the financial markets once again meltdown.

Therefore, don’t be fooled. The economy is much closer to a contraction than Wall Street wants you to believe. The Fed’s tightening cycle is very far from routine this time around. Inflation isn’t just high; it’s at a 40-year high! This means Mr. Powell will not only be raising the Fed Funds Rate by 50 bp increments instead of the usual 25 bp hikes, but he will also be engaged in the monetary destruction mechanism known as Quantitative Tightening at the same time. Powell will be burning around $95 billion of the base money supply each month beginning around May, which is $45 billion more than what was done during the height of the last QT. Indeed, the March FOMC minutes show that the ramp-up to that level will only take three months, instead of the baby steps that were taken the last time the Fed tried to reduce its balance sheet.

The Fed is not now trying to slow down an economy that is overheating. In sharp contrast, GDP and earnings growth are now both rapidly slowing. An accurate recession indicator can still be found in an inverted yield curve. But that inversion usually occurs after the Fed has raised interest rates several hundred basis points over several years’ duration. However, this latest yield curve inversion has occurred after just one measly 25 bp rate hike. That is indicative of a very weak economy. The powerful inflation-fighting measures of monetary destruction (QT) and significant rate hikes still lie ahead. And that can only greatly exacerbate the current weakness; despite Wall Street’s best efforts to convince you otherwise.