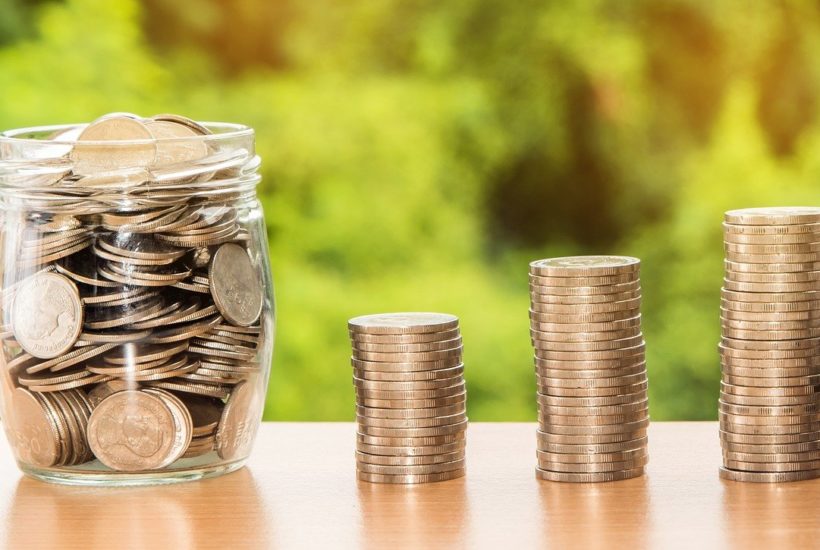 The Italian fintech company Credimi has closed a securitization of loans to Italian SMEs. The deal will allow the fintech company to get $202.8 million (€170 million) of liquidity to Italian SMEs, thanks to Deutsche Bank’s $179 million (€150 million) allocation, and the involvement of Banca Sella – which will finance a €20 million share of the deal. The operation was leaked to the press last February. Together with the subscription of the $179 million (€150 million) securitization, Deutsche Bank has also subscribed a package of warrants, which, once exercised, will bring the bank to hold 2% of the capital of the fintech company.

Francesco Rizzo, co-head of Southern Europe Institutional Clients Group at Deutsche Bank AG, said, “The digital transformation of the financial market has captured Deutsche Bank Group’s attention from its earliest manifestations. The group quickly grasped its potential as well as the possible developments and has gradually positioned itself among the top global players working with fintech companies in the industry, in lending and beyond.”

Ignazio Rocco, founder, and CEO of Credimi explained: “The transaction with Deutsche Bank A.G., which also sees the involvement of Banca Sella, confirms the importance of collaboration between several financial players to quickly provide liquidity to those smaller companies with fewer resources at their disposal in these difficult times. A concrete help for Italian companies, which will be able to use new funds not only to face the current situation but also to prepare for the recovery. The securitization with Deutsche Bank AG has a particular value for us because it was carried out with a leading foreign financial institution that believed in our project”.

Read more on the subject and find the most important financial headlines of the day with our companion app, Born2Invest.

The loans will be destined to spas and srl

With the proceeds of the securitization, the fintech company will be able to provide loans with a duration of 5 years and 1 year of pre-amortization, with repayment scheduled to begin in March 2022. The loans will be destined to spas and srl with at least two deposited balance sheets, partnerships (sas and snc) and sole proprietorships with at least two tax returns. The latter can in fact receive funding through Credimi Subito, the first digital loan for sole proprietorships with a turnover of at least $121,000 (€100,000) and at least two years old. Ignazio Rocco, CEO and co-founder of Credimi, anticipated during the presentation of the new product that also loans to sole proprietorships will be securitized as it already happens for all other loans provided by Credimi, and that a major international bank is already in pole position to invest in the securitization tranches.

SEE ALSO  Business MOOCs: Where to learn and their impact in one’s career

We recall that in April 2020 Credimi structured the Italianonsiferma securitization with Generali, through its International Extraordinary Fund launched to face the coronavirus emergency, which will be anchor investor of the junior tranche, with a share of 10 million euros on a final funding target of 100 million. Last March, on the other hand, the fintech launched Credimi Start, a new financing product dedicated to very small businesses and startups, to help them overcome the difficult market moment created by the coronavirus contagion. In early 2020, Credimi had launched Credimi Capitale Umano, a financing formula aimed at supporting the growth of SMEs and employment in Italy, launched in partnership with Openjobmetis, the employment agency listed on the Star segment of Borsa Italiana.

In July 2019, Credimi securitized a portfolio of receivables with a gross value of $15.5 million (€13 million) originated as part of the Credimi Futuro initiative. During the year, other receivables also originated by Credito Futuro were then securitized for a total of $24 million (€20 million), while more than $47.7 million (€40 million) were originated under the other medium- to long-term loan initiative, christened Credimi Flexi. In addition, according to BeBeez reports, Banca Generali during 2019 placed a structured product with underlying $71.6 million (€60 million) of medium- to long-term loans to Italian SMEs that were offered on the Credimi platform to its professional customers. To date, Banca Generali is studying with Credimi a new investment commitment on the front of medium-long term loans to SMEs, again for a product to be offered to its professional clients.

Credimi is active in invoice financing and loans to SMEs

Founded by Ignazio Rocco di Torrepadula, former senior partner of BCG, together with a team of young people with technological and financial experience, Credimi is active in invoice financing and loans to SMEs. So far, it has raised over $21.5 million (€18 million) in capital from investors, thanks to two different rounds: the first of $9.55 million (€8 million) in two successive tranches closed in February 2016 by well-known entrepreneurs and financial professionals, and the other of $11.9 million (€10 million) in September 2018, led by UV2 (United Ventures sgr) and Vertis Venture 2 Scaleup (Vertis sgr).

Credimi disbursed a record $787 million (€660 million) in Europe in 2020 (+40% compared to 2019). Thanks to Credimi’s proprietary technology, companies will be able to receive a response in just 3 days. Factor that has allowed the company to process and analyze more than 32 thousand loan requests and lend more than $1.8 million (€1.5 billion) to Italian SMEs, becoming the first digital lender for businesses in continental Europe (source: P2P Market Data).

In May 2020 Banca Sella, already active in open banking, as part of the initiatives it is launching to support the economy and customers in difficulty due to the Covid-19 emergency, signed an agreement with Credimi, in which it also holds a stake. Thanks to this partnership, Banca Sella will be able to guarantee its customers, who carry out economic activities falling within the perimeter of the so-called Liquidity Decree, even faster times for the management of loan applications provided for by the decree, which provides for the possibility of requesting a loan of up to $29,800 (€25,000) or, in any case, not exceeding 25% of 2019 revenues, with 100% guarantee fund coverage.