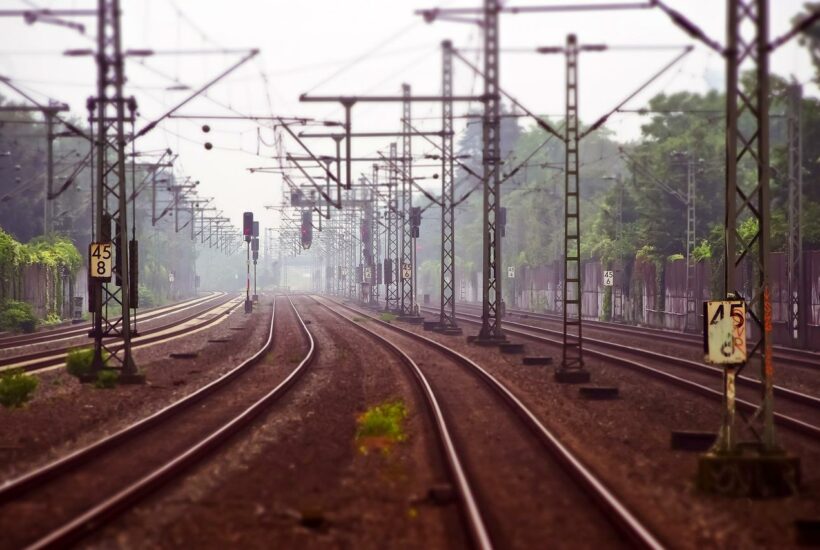 Rail projects are being launched in states throughout the country. Much of the funding requires a focus on projects that improve safety while also enhancing and/or upgrading rail infrastructure so the projects reflect that mandate. The much-needed rail project funding will allow public officials to reduce congestion, improve supply chain stability, and boost economic vitality. It is a welcome gift in so many ways.

Historically, rail projects have required long-term planning and large capital investments, but a recent wave of federal funding has kickstarted a new generation of rail improvements and the projects are all moving faster. Earlier this month, the Federal Railroad Administration (FRA) distributed $368 million to public entities ready to launch projects with a focus on rail safety resilience, and better sustainability. Projects similar to the ones outlined in this column are being announced on a weekly basis throughout the country.

In the city of Elmhurst, Illinois, design work is underway to replace an undersized train station that dates to the 1960s. It will be a complex project that features warming shelters, a pedestrian tunnel, surface parking improvements, and a reconstructed platform. There are several partners – the state’s Department of Transportation, Metra, Union Pacific, and the Pace bus agency. It carries an estimated price tag of $25 million and will go out to bid soon as construction is slated to begin in 2023.

In Connecticut, an FRA award of $13.9 million will kickstart a construction project led by the state’s Department of Transportation. An environmental review is required before preliminary engineering and final design may be completed. The current conceptual plan for the estimated $32 million project outlines the construction of a 500-foot boarding platform, a utility building, waiting areas, and additional parking along with track repair and signal work.

An investment of $25 million from the federal government reached Alameda County, California, officials who will now launch the first phase of a rail safety enhancement program. While the federal funding is significant, the overall initiative carries a cost of approximately $58 million. The project will include updated signage, swing gates, tactile strips along with sidewalk and roadway modifications. Officials had anticipated that design work would be completed this summer and construction would begin in 2023. That timeline could potentially be extended, but the project completion date is still scheduled for 2026. The project will emphasize cyclist and pedestrian safety. Alameda County has been ranked near the top of U.S. counties with the most pedestrian fatalities for too many years.

SEE ALSO  Is the Dow Jones overvalued given its dividend-cash payout?

In Pierce County, Washington, federal funding of $10 million will be used for engineering work and environmental review for track and signal improvements to rail lines that serve both residents and freight services. The Central Puget Sound will add a 50 percent funding match to launch the $20 million project. The goal will be to alleviate delays on a nearby passenger railway, accommodate additional Amtrak trains, and increase service reliability. The project includes additional tracks and signal enhancements.

State leaders in Indiana will add funding to a $8.4 million federal grant to launch a project that carries a cost estimate of just under $20 million. Indiana Department of Transportation officials said that the project will include improvements to a 14-mile track segment in northern Indiana and another 54-mile segment of a private railway’s tracks in addition to the installation of new rubber seal/asphalt designs to allow heavier loads over longer periods of time.

The Michigan Department of Transportation has been approved for $21.3 million for its proposed Great Lakes Corridor Improvement project. State leaders will contribute a 50 percent funding match for the project. The consolidated capital investment will be used to rehabilitate railway infrastructure located north of Ann Arbor. The project will include four miles of new rail infrastructure in addition to improvements on 41 existing mainline track miles. It will also include the rehabilitation or replacement of 11 bridges. The improvements will reduce the occurrence of track defects, derailments, and other maintenance-related threats to safety.

The state of Kansas will modernize two rural railways with funding from the federal government and a 52.5 percent match from state coffers. The estimated $20 million project will replace more than 23 miles of obsolete track. The upgraded track will increase rail operating speeds from 10 to 25 mph while allowing the transport of heavier loads. The project is currently in the design stage. Another rail modernization project in Kansas received $11 million in federal funding to improve rail lines between the cities of Dodge City and Hugoton.

The city of San Jose was granted $7.5 million in federal funding for preliminary engineering and environmental review related to a planned grade separation project in a high-fatality corridor trafficked by over 33,000 vehicles daily. The city will contribute a 25 percent funding match. The construction of grade separations will allow work on California’s High-Speed Rail Project to take place concurrently through the same site. The projects are designed to enhance the development potential of California’s new routes for intercity passenger rail service.

The federal government appears committed to fortifying and enhancing both urban and rural rail infrastructure, so funding commitments are expected to continue for several years. The task of stabilizing and upgrading America’s rail infrastructure is no small undertaking, but it is a necessary one that is long overdue. Private-sector contractors will find opportunities throughout the U.S. to partner on these types of infrastructure initiatives.