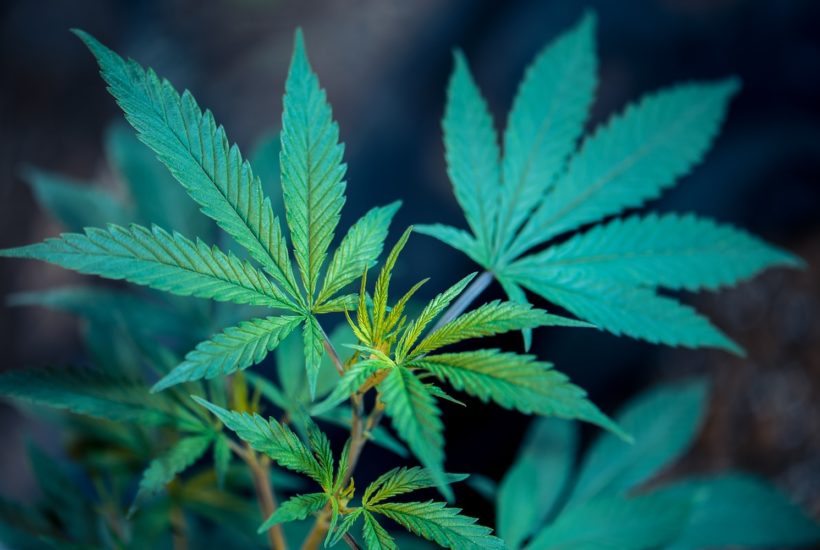 The most basic “calling” of cannabis is its unlimited textile possibilities. Hemp fiber has a characterization by its strength. Also by resistance to rotting during a long stay in the water. Therefore has long been the best material for ropes, fishing tackles, bags, tarpaulins, canvas, and sails. The very English word canvas comes from the Dutch word “hemp”.

On another hand, wonderful properties of hemp can be applied and in the modern world. Hemp fiber is 10 times stronger than cotton. You can use it in the production of all types of clothing. Moreover, the fabric made of hemp is much more useful for the skin than cotton soaked in chemicals.

Here it is necessary to notice that now it is possible to name many materials natural only with the big stretch. For example, sheep are no longer hand-cut as before. But sprayed with special chemicals, causing hair loss. Cotton was also collected with chemicals.

Twenty-five pesticide showers. The leaves fell off on their own. Cotton also requires a huge amount of pesticides. Replacing cotton with hemp will drastically reduce its use. There are few insect enemies in the hemp.

In addition, cotton grows only in a warm climate and requires huge amounts of water. Hempel doesn’t need much moisture, and it grows anywhere. Let alone three to four times the yield of cotton.

Similarly, four times as much paper can be obtained from a single hectare of hemp as from trees grown in the same area. Less corrosive and toxic chemicals are used to produce paper than wood. Hemp paper does not require chlorine bleaching. It is said that dollars are still made of hemp paper. But only Americans do not admit it.

You can obtain coal, methanol, methane, and gasoline from hemp seeds and stems. The combustion of which will not release sulfur that causes acid rain and chemicals that pollute the air.

The resulting coal can burn in power plants instead of the usual. Methanol – a good car fuel, now it is used for racing cars. It is also possible to get ethanol from hemp to add to gasoline. You can get it from sawdust. Another way to get fuel is to use seed oil. Some diesel engines can run on pure hemp oil.

One of the many applications of cannabis is the use of structural materials. You can use the plant in the production of pressed plates or cellulose-based plastics from its pulp. Bioplastics are not new. Back in 1930, Henry Ford made them into a car body, which, by the way, worked on hemp fuel.

You may find hemp in almost all medical books of the past centuries. It is usually among the universal remedies that treat many diseases. The list of diseases in which the effective use of pot includes: multiple sclerosis, cancer, AIDS, glaucoma, depression, epilepsy, migraine, asthma, severe pain, dystonia, sleep disorders, and many less serious diseases.

In addition, cannabis can be an ideal source of food for people. The seeds of this plant contain the same amount of protein as soybeans. They also contain all the amino and fatty acids a person needs.

Thanks to the moisturizing properties of hemp oil, people can use it to make shampoos and cosmetics. And that’s not all we can take from this miracle plant.

Another quality that makes cannabis particularly attractive is its growth rate. In 110 days the plant reaches a height of 2-3 meters. Which allows you to get several harvests in one season.

U.S. media tycoon William Hearst bought paper for his newspapers from Dupont, owner of the DuPont Camicles Corporation. Which extracted pulp from wood. Hemp paper was in every respect superior to Dupont’s paper. Its production was highly competitive.

So Hearst started a PR campaign. Formally against marijuana. But in fact against hemp competitors. Her main thesis was that the use of cannabis was the main drug problem. “Marijuana caused extreme violence in people.”

Businessmen managed to pass the Marijuana Tax Act in Congress. This law even prohibited the medical use of marijuana. It forced cannabis producers to pay such exorbitant taxes that they shut down their now unprofitable businesses.

Later, on March 30, 1961, in New York, the majority of the UN member states signed the “Single Convention on Narcotic Substances”. Which, inter alia, prescribed the strictest control over the cultivation of dangerous narcotic plants. Such as opium poppy, coca, and cannabis. By the way, it is interesting that cannabis was in the list of “drugs without medical use”.

The hemp is coming back

Hemp had a serious threat to the woodworking industry. Also, to newly synthetic fibers, which therefore had more profit than cannabis. Later on, there was no reason to legalize it – cheap oil took over the world.

However, lately, when the inviolability of the oil-based world has shaken, there is hope that the hemp will have a second birth. Although very slowly, the hemp is regaining its place. Demand for all kinds of cannabis products has increased the area under cultivation in Europe.

The number of shops selling clothes and other cannabis products is growing rapidly. Some countries have legalized cannabis as medicine. As always, others are lagging behind, but they can expect to catch up with the rest of the world in the not-too-distant future.

First published in pikabu, a third-party contributor translated and adapted the article from the original. In case of discrepancy, the original will prevail.