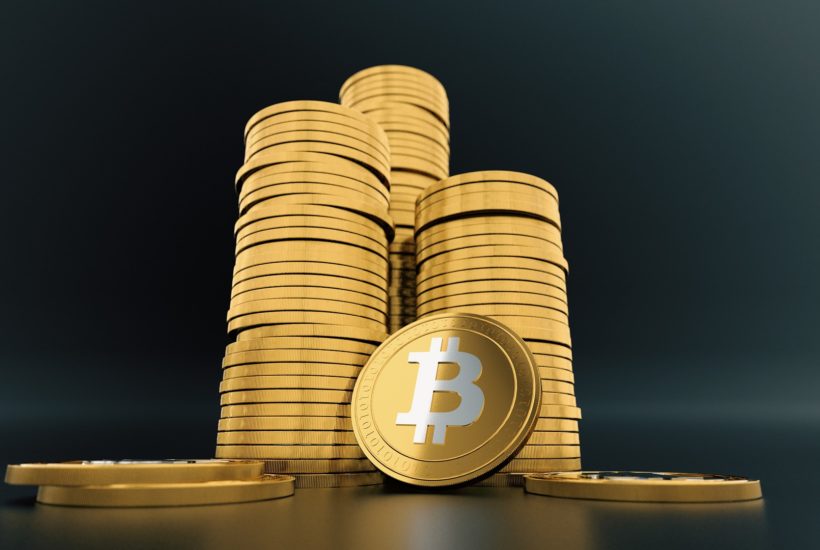 Recently the sheer scale of crypto scams has become apparent. Millions of otherwise intelligent investors from around the world were taken for fools, often by surprisingly simple cryptocurrency pyramid schemes. Some scammers were arrested, but others went unpunished and are preparing to launch new criminal schemes.

The Born2Invest mobile application is bringing all the crypto, and business news from trusted sources to a single screen so you can stay on top of the market. The app aggregates the most important breaking news from relevant websites and boils them down into 400 characters or less.

How do cryptocurrency pyramid schemes work?

Financial pyramids all work on the same simple principle. The promise of stable payments via a “lucrative” referral program, aimed at attracting as many people as possible. In most sectors, these schemes are largely discredited or sophisticated. Crypto provided bad actors with a unique opportunity.

There were hundreds of such schemes, but the following four are probably the most infamous major cryptocurrency pyramids. This problem has affected people around the world. Some schemes are still in place despite the arrest of the organizers, others are in the recent past, but their  masterminds are still at large and preparing to launch new projects.

One of the most famous cases of fraud in the cryptocurrency market is the Bitcoinnect project. Its representatives assured investors that they were creating a decentralized P2P-currency based on open-source code. Vitalik Buterin was the first to find the problem – he called the project a financial pyramid.

The Bitcoinnect scheme, tempted investors to put money into BCC tokens with the promise of stable returns, a rarity in the crypto world. For example, users who invested $10,000 were promised an annual income of 90%. The company had a classic referral system for financial pyramids, and it did not disclose where their money came from to pay bonuses. There was an anonymous team of developers behind this project.

At the end of January 2018, everything ended when financial securities regulators in Texas and North Carolina called Bitcoinnect’s business model a classic financial pyramid. After the company’s closure, the token value instantly collapsed by 92%, and by September 2018 it had been removed from all stock exchanges. The FBI is currently looking for victims of this financial pyramid and is hunting for the perpetrators. According to various estimates, the damage from Bitcoinnect may exceed $1 billion.

SEE ALSO  Will Lombok’s tourism recover from the recent earthquake?

Cashbury was established in Rostov-on-Don to provide microloans at thousands of percent per annum. In 2016, the firm’s management changed, and it later it began to position itself as a platform for uniting investors and borrowers. Borrowers were people who often needed money “before salary” or money for microbusinesses. Investors were the people who had free money to lend.

Investors were promised 200-600% per annum. There was an online calculator on the site that immediately calculated future profits. At the same time, the profitability depended on how many fellow depositors you bought with you. Sound familiar?

Artur Vardanyan is listed as the founder of “Cashbury,” but the company’s founding documents include three Vardanyans each with different years of birth, specifically, 1980, 1981 and 1983. Each of them has several companies registered.

After the Bank of Russia declared Cashbury a financial pyramid in September of last year, Vardaryan stated that he refused to work under the conditions of “repression” from the authorities and would create a new international structure.

The first mention of PlusToken appeared in the Chinese messenger, WeChat, on Jul. 2, 2018. The company was widely advertised on social networks and grocery stores. Its representatives held meetings aimed to promote the project and attract new users. According to the analytics company CipherTrace, the number of people involved in the pyramid could have been as  many as four million. PlusToken has been promoted in South Korea, Japan, and other Southeast Asian countries, as well as in Canada, Germany, Ukraine, and Russia. The project was aimed at people who knew nothing about cryptocurrencies but were curious about the potential financial rewards.

Through PlusToken, users could instantly convert Chinese Yen to Bitcoin, Ethereum, Litecoin, EOS, Dogecoin and other altcoins. Which, in turn, could be converted to PLUS coins. Payments for initial investments and new depositors were made only in this token.

Over the years, PlusToken brought in 200,000 BTC, 789,000 ETH, and 26,000,000 EOS, all of which have been stored at financial pyramid-controlled addresses. In June 2019, Vanuatu authorities arrested a group of PlusToken financial pyramid organizers at the request of China. The scam caused widespread damage across Asia to the tune of around $3 billion.

Over the past three years, Ruzha Ignatova’s crypto company has attracted over $4.5 billion (€4 billion) from dozens of countries including Pakistan, Brazil, Norway, Hong Kong, Canada, and Yemen. According to the BBC, the figure may reach up to $16.5 million (€15 million). In early November 2019, Ruzha Ignatova’s brother, Konstantin Ignatov, appeared in New York City as a witness, claiming he was deceived and did not realize that OneCoin was a financial pyramid. The founder of the project herself has been in hiding since 2017, and no insight into exactly where she is hiding has been found. U.S. authorities accused her of electronic fraud, securities fraud, and money laundering.

Singapore called the OneCoin project a financial pyramid and arrested two supporters of the project who face up to five years in prison and a $147,000 fine. Ninety-eight people were prosecuted in the course of the investigation by the Chinese authorities, and $268 million were recovered.

In some countries, OneCoin’s branches continue to operate, and many investors hope that they can still withdraw their money and make a profit. However, the project, which calls itself cryptocurrency, does not have blockchain, and also works on the principle of network marketing.

The confusing nature of cryptocurrency has meant that ordinarily cool-headed investors have been taken in by surprisingly simple crypto pyramid schemes. Just because a technology is new, or the market is going up, does not mean all projects have merit. Investors need to do their due diligence to avoid crypto scams. The adage holds: If something seems too good to be true, it probably is.

(Featured image by QuinceMedia via Pixabay)