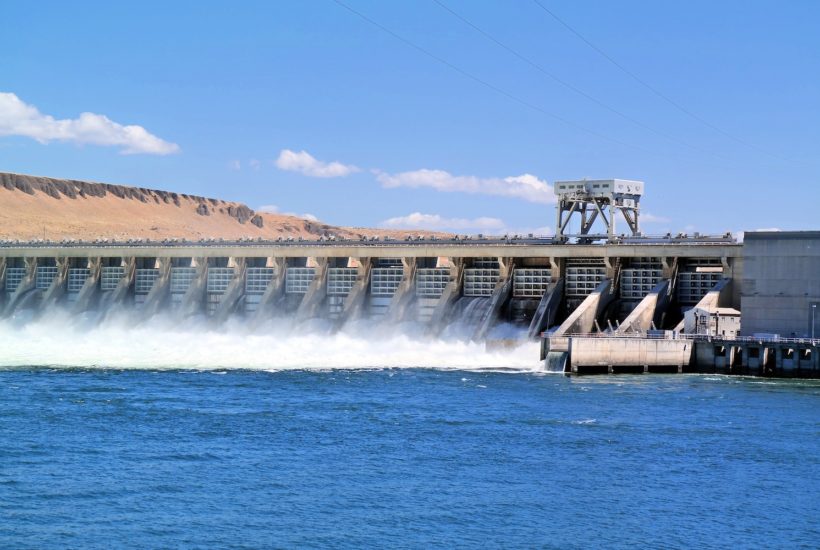 The report of the official assessment according to the ESG tool of the International Hydropower Association (IHA) of the Dibwangui hydropower project (Gabon) was officially adopted on June 23rd, 2020. As the first hydropower facility in French-speaking Africa to be audited according to the ESG (Environmental, Social and Governance) tool, the plant meets international best practices, particularly in terms of stakeholder participation (local authorities and communities, etc.). This project confirms the FGIS-Eranove Group’s desire to continue designing and operating increasingly efficient and sustainable production capacities.

Between September and October 2019, the sustainability of the Dibwangui hydroelectric power plant (Gabon) was independently assessed against best practices in the sector, according to the ESG tool. This tool was developed by the International Hydropower Association (IHA) in partnership with the Hydropower Sustainability Assessment Board.

Find out more details about the Dibwangui hydroelectric power plant in Gabon, and read the latest financial headlines of the day with our companion app Born2Invest.

The FGIS-Eranove Group has created a dedicated vehicle (SPV) in the form of a limited company under Gabonese law called Louetsi Hydro. The company will be in charge of the project, which consists of designing, financing, building and operating a hydroelectric power plant with an estimated installed capacity of 15 MW and an estimated annual production of 90 GWh, in the heart of the Ngounié province located 550 km from Libreville, the country’s capital.

The evaluation report acknowledges that the Dibwangui project positively responds to 11 criteria of good practice, including the ability to involve the various stakeholders very broadly through “exemplary” communication and consultation plans and processes.

The report also highlights the economic, environmental and social benefits of the project for the populations and territories concerned.

The Dibwangui project contributes to the fight against climate change

In line with the commitments of the pan-African industrial group Eranove, the FGIS and the objectives of the Gabonese government, the Dibwangui project contributes to the fight against climate change. With greenhouse gas emissions estimated at 30 g eqv CO2/kWh, the hydropower plant will eventually emit between 20 and 40 times less than a thermal power plant of equivalent production and more than 10 times less than the current Gabonese energy mix (Source Agence de la transition écologique – ADEME). In addition, the Dibwangui project will seek to preserve biodiversity in an ecoregion recognized for the diversity of its terrestrial and aquatic environments by integrating it into the design of the facility and already envisages actions to benefit the populations.

SEE ALSO  Here are 4 diamond updates you must know

Finally, this project will make it possible to re-electrify the villages between Dibwangui and Makongonio and thus economically revitalize this region of 22,973 inhabitants. The project includes the construction of electricity evacuation lines. In addition to these technical solutions, the project provides for the implementation of voluntary plans to contribute to local development and to support employment and economic activities, particularly in the agri-food industry (fishing, hunting).

“The results of this evaluation confirm the Eranove group’s commitment to the sustainable operation of hydroelectric facilities. Hydropower is an energy source favored by the group because it meets the dual requirements of competitiveness and low carbon emissions. This IHA study confirms that the Dibwangui project, which we are appraising alongside the Gabonese Strategic Investment Fund (FGIS), complies with good environmental, social and societal practices. I would like to thank the FGIS for its confidence,” said Marc Albérola, CEO of the Eranove Group.

“We are proud that a Gabonese hydropower project is the first in French-speaking Africa to be audited by the International Hydropower Association (IHA) ESG tool and of the level of its results. It is proof of the involvement of the country’s highest authorities in the respect of the United Nations’ Sustainable Development Goals (SDOs) and of the level of maturity of this subject for the Gabonese hydropower industry. I salute the commitment of the FGIS-Eranove Group, which is taking another step towards sustainable hydropower in Gabon and Africa,” said Professor Lee White (photo), Gabonese Minister of Water, Forests, Sea and Environment, in charge of the Climate Plan and Land Use Plan.

“The results of this study are proof of Gabon’s growing involvement in the good governance of its projects and in improving access to energy and the quality of life of the Gabonese people. The President of the Republic, Head of State, His Excellency Ali Bongo Ondimba, has made access to clean and sustainable energy a priority.  In the framework of the Paris Climate Agreement, Gabon is committed to reducing its greenhouse gas emissions by at least 50% by 2025 by initiating an energy transition focused mainly on hydropower. The Dibwangui power plant project, already awarded “Best Water Deal EMEA Finance” in 2016, is part of this commitment. It will provide a sustainable response to the energy needs of these isolated localities while contributing to the development of the economic fabric of the Ngounié and the well-being of the local population,” said Mr. Alain Claude Bilie-By-Nzé, Minister of State, Energy and Hydraulic Resources.

(Featured image by russmac via Pixabay)

First published in agence ecofin, a third-party contributor translated and adapted the article from the original. In case of discrepancy, the original will prevail.