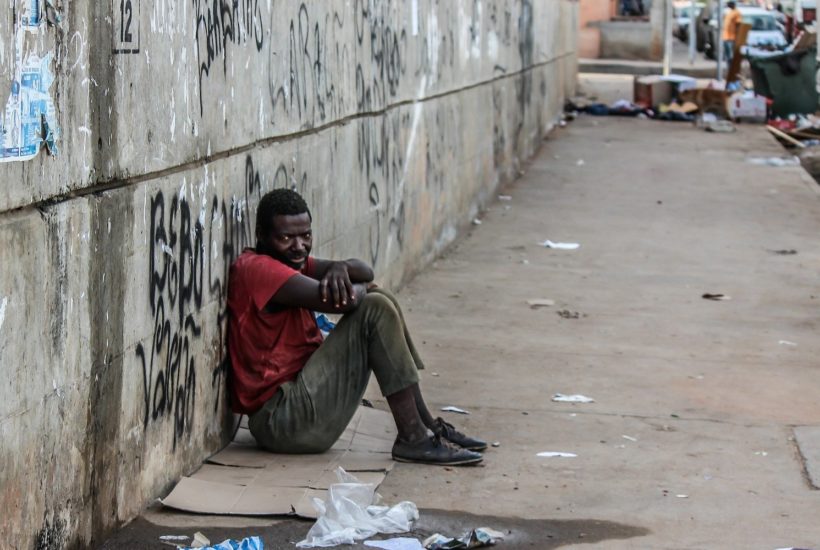 The economist Fabrice Ndungi stated that “after this pandemic, many people run the risk of losing their jobs because some entrepreneurs will have used all their capital to survive during this period.”

The coronavirus pandemic has caused job losses around the world. However, for some countries it is already a catastrophe. In the Democratic Republic of Congo (DRC), the issue of employment is at the heart of the economic revival of the government, business leaders and trade unions.

As always, precarious workers are the first to pay a heavy price in this country where the informal sector employs nearly “77% of the population.” In this country, even those who have a formal employment contract are forced to work informally to make ends meet. Despite the government’s promises, the situation of Congolese workers is increasingly worrying experts.

If you want to find out more details about the consequences of the COVID-19 pandemic in DR Congo and to read the latest economic news in the world, download for free the Born2Invest mobile app.

On the private sector side, many companies have not paid their employees’ March and April salaries and are considering closing down because they do not receive any state aid or subsidies.

Félicien Mabuku, entrepreneur and owner of “MMF Services”, a small business based in Kinshasa and employing up to four employees, describes with difficulty the impact on his business during the three weeks of partial confinement in the administrative and upmarket commune of La Gombe: “This coronavirus pandemic put us in a difficult dilemma, we didn’t work for two months in March and April, the first month I had to dip into my own savings to pay my four employees,” he said.

“We’ve heard about the measures taken by other governments to help SMEs, but here is silence and even if there was, we all know how it goes,” he complained, before adding: “We’ve had a few meetings with all the staff to see to what extent we’re going to separate and move on, for the simple reason that I won’t be able to pay them indefinitely without revenue.” It’s a big decision for this entrepreneur and yet the authorities are far from understanding it.

In a tweet on April 15th, the Minister of State, Minister of Labor and Social Security, Néné Nkulu, said she was “aware of several cases of violation of regulatory provisions” during this period of COVID-19, and noted that several employment contracts were suspended or terminated abusively.

She also announced that clear instructions had been given to the General Labor Inspectorate to investigate and punish, in accordance with the law, all cases of mass dismissal of workers during this difficult period.

“In cases of major force, companies will be obliged, whether they like it or not, to put staff out of work,” warned the managing director of the Federation of Enterprises of Congo (FEC).

Public companies are also in turmoil

On the public sector side, things seem more nuanced. Most state enterprises seem to be holding up despite the disastrous consequences of the pandemic on their activities. Despite this semblance of effort, some of them have already openly announced their “difficulties” in paying their agents for the month of April and May and proactively for the next six months due to lack of money.

That is the case for the Régie des voies aériennes (RVA), a crown corporation. Martin Nsungi Ngundinginga, the company’s executive director, who announced this information, attributed this inability to pay staff to the closure of the borders: “The impromptu difficulties that prevent the company from paying salaries are not endogenous, but rather the induced causes of the closure of the air borders, the heart of the RVA’s business and from which it derives its revenues from its production, which has fallen to zero,” he said.

For its part, the RVA’s trade union expressed its surprise at this decision and referred the matter to the Congolese government for an external audit of its financial statements. Thus, during the meeting of the Council of Ministers on May 22nd, President Félix Thsisekedi indicated that he was receiving more and more complaints about this untenable situation within the company, denouncing the mega-management and the inability of the general management to guarantee the payment of staff salaries, even though the company’s indicators are encouraging.

“Faced with the recurrence of complaints about the management of this company, the Head of State instructed the Deputy Prime Minister, Minister of Justice, to initiate a judicial inquiry into the facts denounced,” announced government spokesman Jolino Makelele.

Sylvie Kapini, a nurse at Bobila-Dawa Hospital, a Congolese state hospital in the commune of Ngaba, east of Kinshasa, criticized the difficulties encountered in collecting her salary in April and May: “We no longer know exactly when we are paid. The banks make us go around in circles for days and days to pay us and I am two months in arrears (March and April) and this leaves the impression that the Congolese state is simply unable to pay us on time as well.”

An agent of the commercial bank Trust Marchand Bank (TMB) who requested anonymity rejected these accusations and stated that the “slowness of recent times is due to strict adherence to the minimum service standards adopted by some banks to limit the spread of the pandemic. It has nothing to do with the failure of the state as some people believe,” he concluded.

The government is in search of solutions

Without revealing the exact amount, the Congolese government announced at the end of April, through the Minister of Industry, Julien Paluku, the establishment of a fund to support Congolese companies.

According to the Minister of Industry, the aim is to prevent this situation from further affecting the national economy: “We held a meeting with the staff of the administration of the Fund for the Promotion of Industry, the general management, to carry out one of the measures of the President of the Republic, who is asking that the Fund should indeed be able to support companies affected by the coronavirus crisis. As you know, the Congolese economy, like most African economies, is extroverted, and the Industry Promotion Fund was created to reduce dependence on the outside world. That is why, to date, we have mainly discussed the policy that needs to be put in place in order to support Congolese businesses.

“According to the World Bank, the coronavirus pandemic is expected to lead to an economic recession of -2.2% in 2020 due to the drop in exports caused by the poor global economic situation.

Congolese business leaders, for their part, doubt the transparent management of this fund. “In reality, these funds are not going to be allocated to the companies that will need them the most, but to companies close to politicians and the government,” deplored Trésor Maduaba, owner of a business in the process of bankruptcy in the commune of Ngaba in the east of Kinshasa. Many observers fear an unprecedented increase in the number of unemployed and, as a result, a rise in social tensions that could destabilize the country and democratic institutions.

(Featured image by wjgomes via Pixabay)