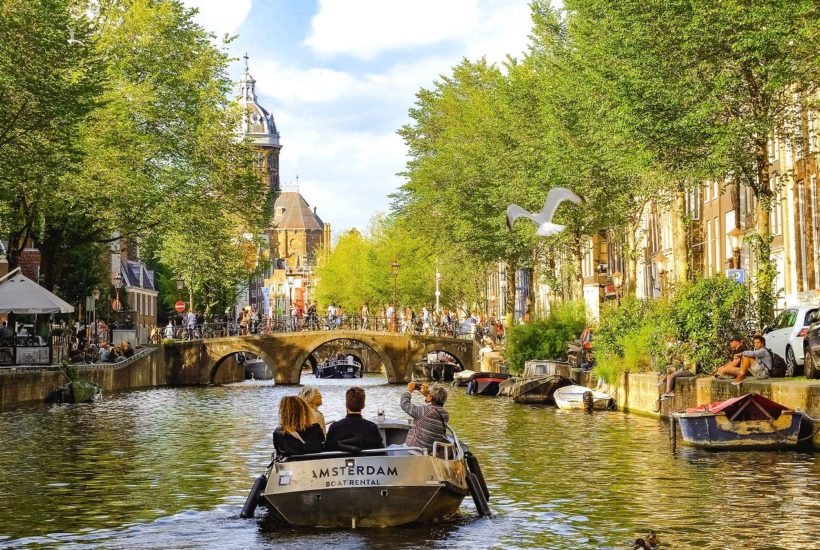 The year 2020 was only halfway enjoyable for a few people. Most will probably associate it with restrictions and the loss of freedoms. People want to get out again, they want to move around, and they also want to travel. As far as that is concerned, the beginning of 2021 also brought with it some terrible news for all cannabis users. Reports made the rounds that efforts are being made in Amsterdam to no longer allow foreign tourists into coffee shops. However, it is also clear that such an undertaking cannot be enforced so easily without opposition in the Dutch Mecca of smoking cannabis.

Read more about a possible ban on tourists in Amsterdam’s coffee shops and find other important cannabis news with the Hemp.im mobile app.

Many Dutch profit from cannabis tourism

This is not the first attempt by Dutch decision-makers to impose a tourist ban on coffee shops. There have also been various reasons for such measures, one being the crime problem of smuggling, another simply the excessive number of tourists in Amsterdam.

However, the tourist ban has never really gained majority support, because too many people in the Netherlands profit directly or indirectly from the foreigners who flock en masse to the coffeeshops and who, of course, also bring sales to the other stores, restaurants, and accommodations. And that is why there is also fierce resistance to the new attempt to keep foreigners away from the legal or tolerated cannabis trade.

A major advertising campaign was launched in the Amsterdam newspaper Het Parool on January 23rd, opposing the idea of a tourist ban. The originator and initiator of the high-profile campaign is, among others, the Amsterdam Coffeeshop Association (Bond van Cannabis Detaillisten – BCD). The message is clear, it reads “Don’t do this to our city!” In the newspaper ad, the BCD makes it clear that Amsterdam’s coffee shops and their visitors are not the problem, but an important institution and an effective ally in the fight against the city’s illegal drug trade.

The Netherlands should take a pioneering role in Europe

Amsterdam without the international guests who are always wide-eyed about the tolerated exceptional situation that prevails regarding cannabis – who can imagine such a thing? Admittedly, the crowds are sometimes beyond a level that one might call nice and pleasant, but still, the tourist ban measure seems neither appropriate nor suitable to solve this. In the coming weeks, we will learn whether the opposing forces are strong enough to prevent the tourist ban.

There are enough arguments on hand to make the idea that foreigners should not be allowed to shop in coffee shops seem absurd. Within a very short time, a black market would be established on the streets, to name just one reason. Demanding and promoting cannabis legalization in other EU countries is probably the only method that could then distribute tourism better and not play into the hands of drug crime. The liberal handling of cannabis should therefore rather be legally consolidated by the Netherlands and take the position of the pioneer within the European Union.

(Featured image by djedj via Pixabay)