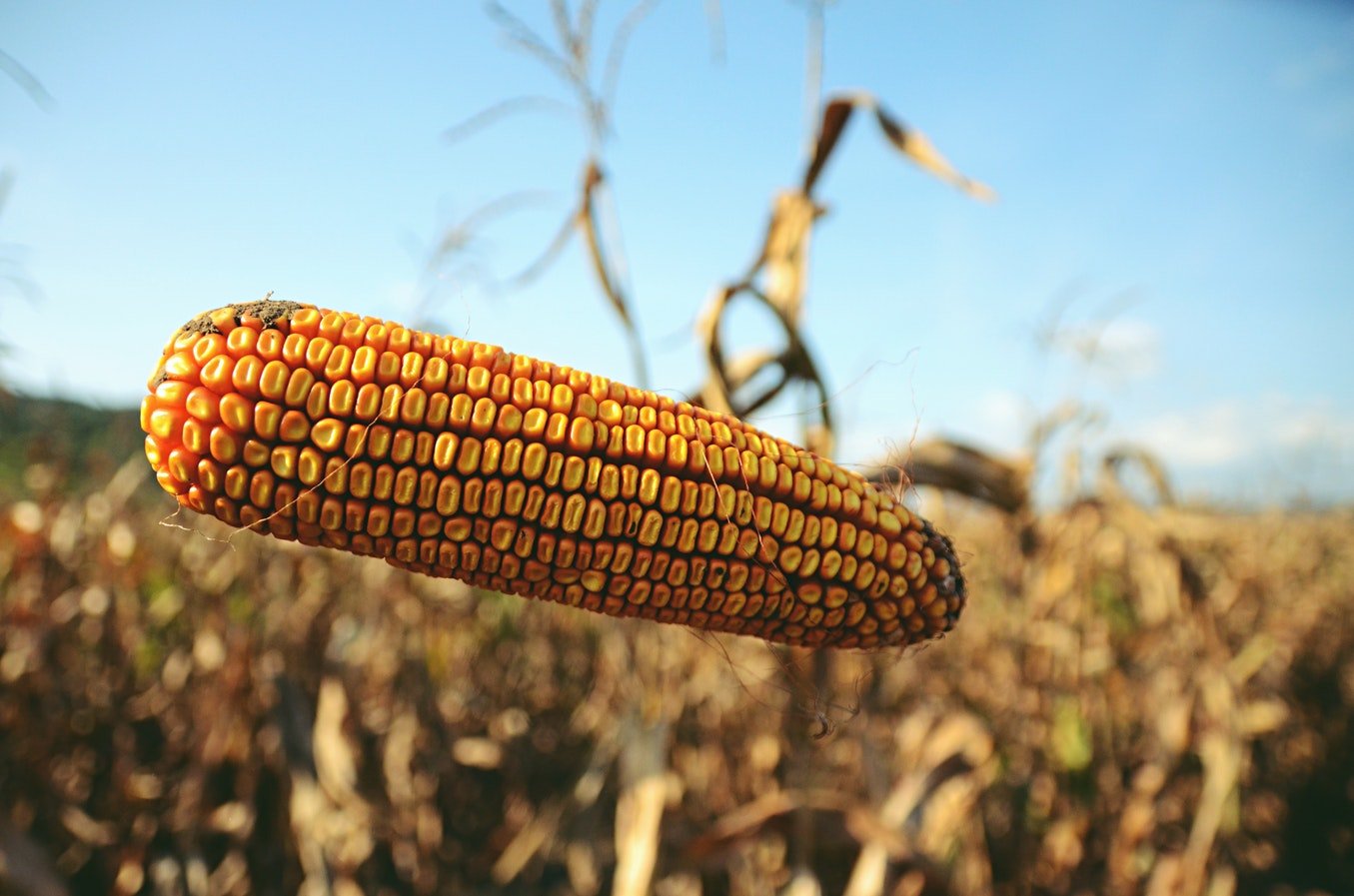 Growing supply from South American countries adversely affected deliveries not only from the top corn exporter—the U.S. (down 37% against September-November 2016/17)—but also from Ukraine (-40%) and Russia (-29%). The first three months of the 2017/18 season were marked by a redistribution of key players in the world corn market. 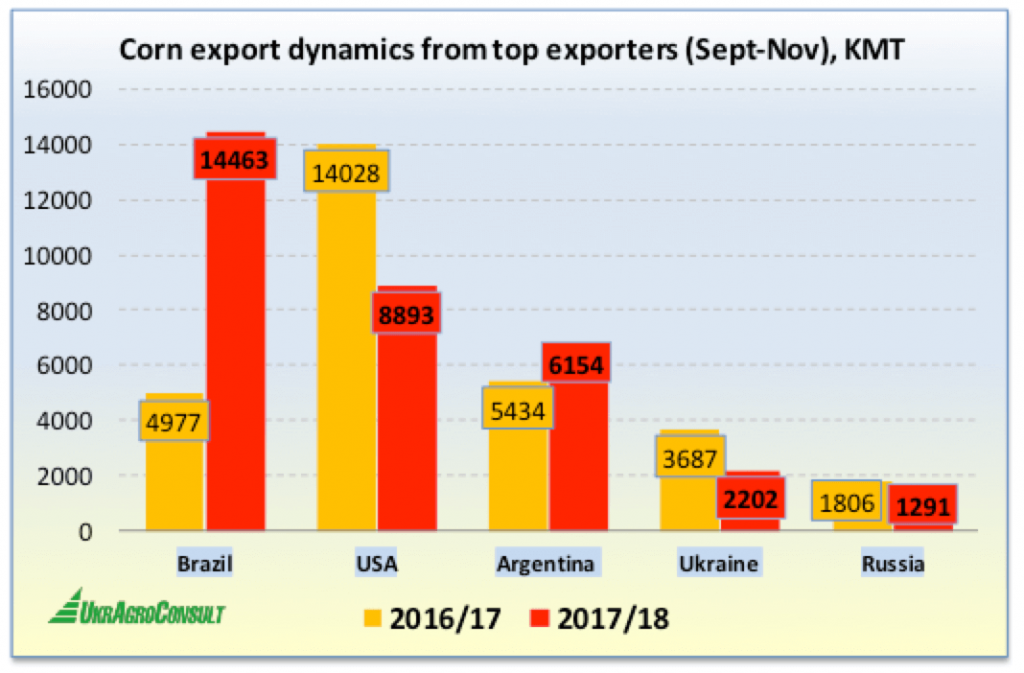 This is no surprise since, in September-November 2017 alone, Brazil exported 86% of the volume it shipped abroad for the whole last season (16.77 MMT in September-August 2016/17).

So, it beat the U.S. into second place. Throughout the 2016/17 season, Ukraine boldly competed with Argentina for the title of the second top exporter (Argentine exports totaled some 22.6 MMT in September-August). However, in view of an aggressive price policy of South American countries, Ukraine will close MY 2017/18 just at the fourth position.

During harvesting in Ukraine and Russia, Brazil and Argentina managed to reduce the export price for their corn to a greater degree. In September 2017, the average prices of Argentine and Brazilian offers were $147/MT FOB (down $21/MT from September 2016) and $158/MT FOB (down $32/MT), respectively. 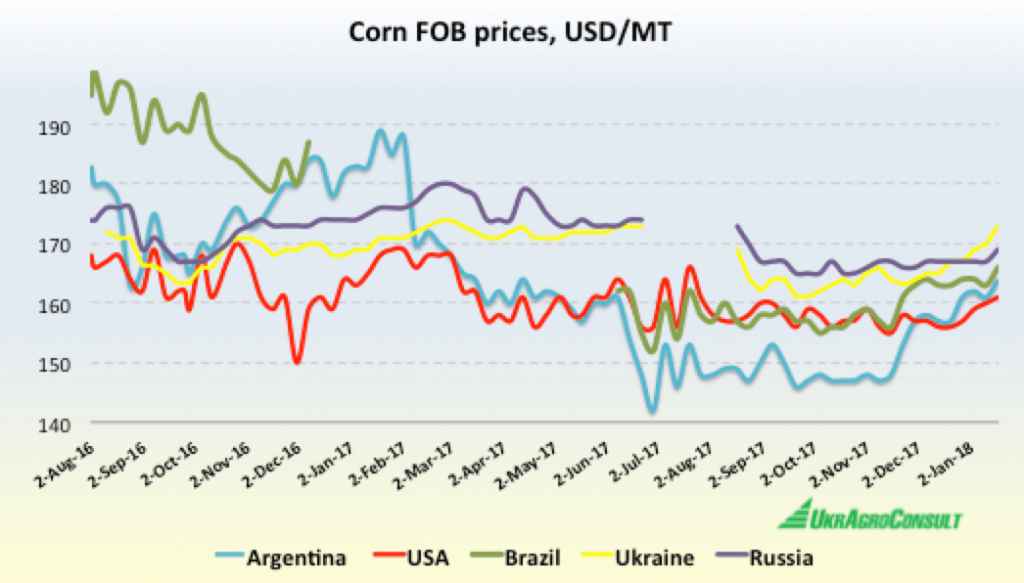 This season’s decrease in competitiveness of Ukrainian corn badly hit primarily its main end market, i.e., the EU. Exports to EU countries fell by 38% in the first three months of the season, to 827.2 KMT against 1341 KMT in September-November 2016/17. In turn, Brazil actually increased supplies to this market tenfold to 2585 KMT. Thus, the EU is really stepping up corn imports this season but not from Ukraine.

Ukrainian exports were significantly affected by the total loss of the market of Iran, which purchased 848 KMT in September-November 2016/17. However, Iran has high carryovers of corn and is not yet in a hurry to increase its imports even at the low Brazilian price (1041 KMT for this time in the current season, or down 40% year-on-year). The markets of Egypt and South Korea also became disappointments in the first three months of the season.

The above adversity is somewhat offset by the growing interest of China and Turkey in purchasing Ukrainian corn. China imported 540 KMT against 1.4 KMT in September-November 2016/17. Turkey bought 130 KMT (0.14 KMT). Also, Ukrainian traders boosted supplies to Israel by 63% to 243.55 KMT.

Taking into account the above-mentioned factors, UkrAgroConsult reduces its forecast for this season’s corn exports from Ukraine by 500 KMT to 19 MMT, which is down 10% year-on-year. In addition, according to the latest information of market participants, the yield of corn left for harvesting in December turned out to be lower than expected. In view of this fact, UkrAgroConsult has adjusted downwardly the corn production forecast, too.

The situation in Ukraine’s export market may change once Brazilian supplies traditionally decrease in February-March.