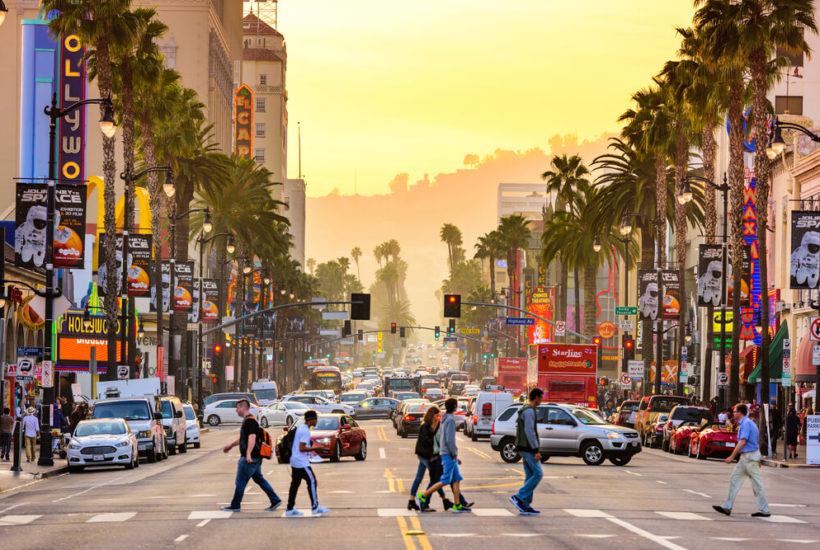 Yes, complex AND a mouthful!

And not necessarily the best indicator to rely on.

For example, Philosophical Economics found a new one that seems the most accurate: the change in the unemployment rate, when it’s just crossing zero towards negative, is a warning sign. 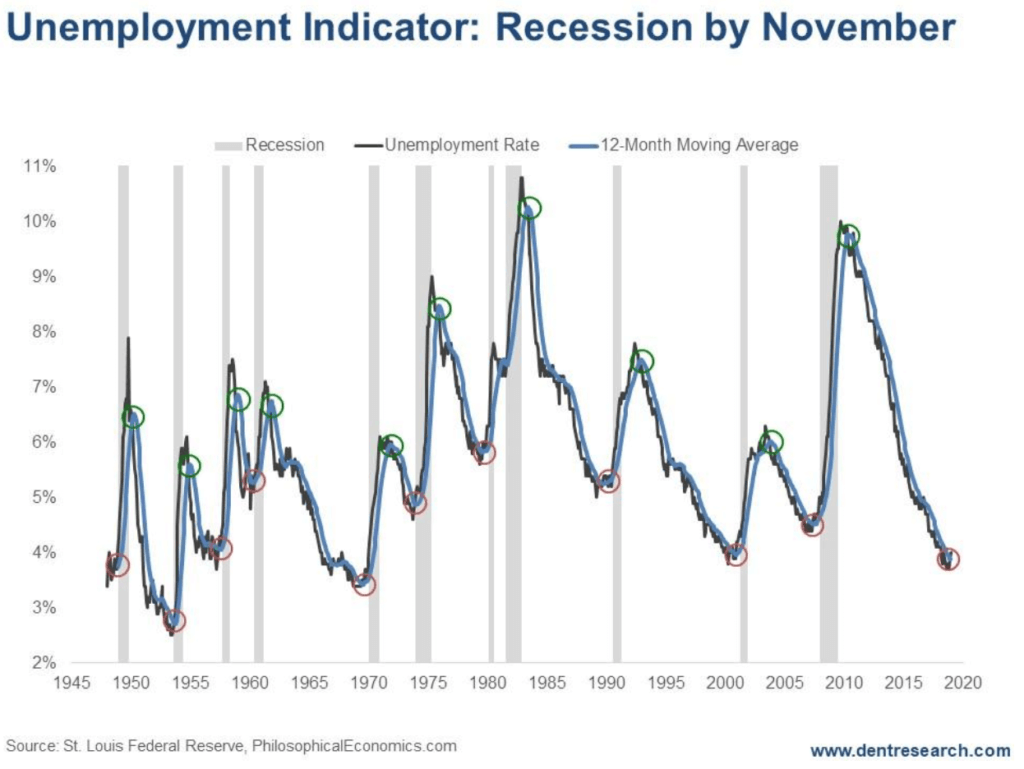 This indicator works at tops AND bottoms, as you can see in the red and green circles on the chart.

Today, we’re focusing on the red circles, which would project a recession in the months ahead.

The lead time for picking the next recession varies between zero and nine months. The average since 2009 has been 3.45 months.

But recent years have tended to be longer

The December 2017 recession onset was preceded nine months by the warning signal from the end of March reported in early April.

We just got a new signal in early February from the January figure. It’s warning that we could see a recession start by November, at the latest — maybe earlier.

That means stocks could peak a little ahead, as they did in 2017, around September, and that is the exact anniversary of the 1929 crash on my Bubble Buster 90-Year Cycle!

All of which is right in line with my Dark Window time table.

There’s also my favorite indicator — the Dow Jones Home Construction Index — that I talk of often. It was the best predictor of the 2007 top and crash, leading the collapse by a whopping 26 months.

Well, it suggests a stock top in very early 2020

So, my range of estimates for the ultimate bubble peak of our era has been September 2017 to March 2020, with January 2020 as the most likely.

But with this new unemployment indicator, September looks more likely to be when we see that market top!

I showed a new reverse head-and-shoulders pattern in stocks in today’s 5 Day Forecast, which would project a modest correction back to 24,000 on the Dow before a surge up to new highs around 30,000 by June. Then a final wave up to follow.

And that will shock everyone, even the strongest bulls.