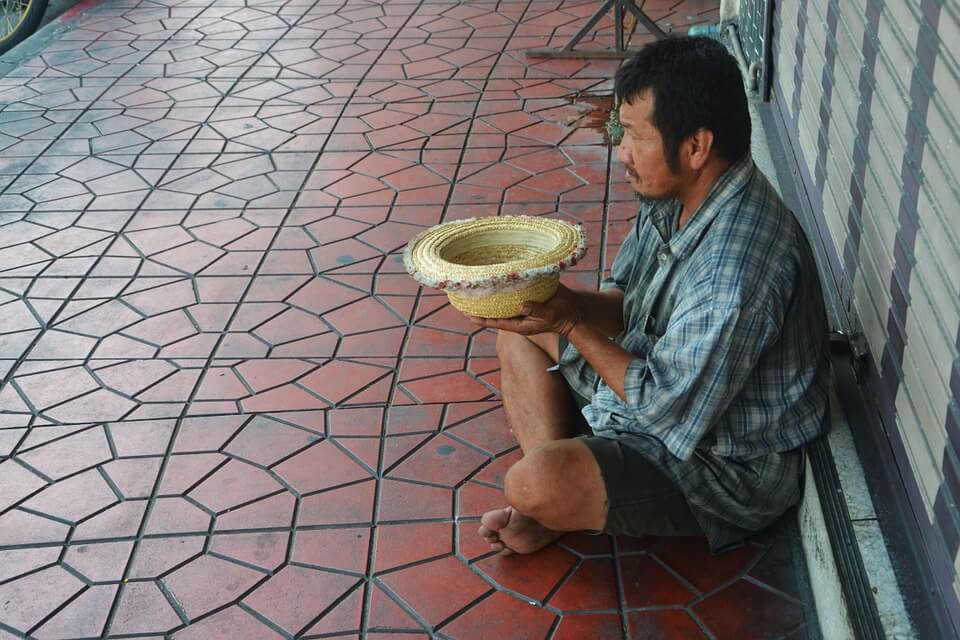 The Keynesian Illuminati that runs the world is now scrambling to find solutions to the rampant condition of income inequality that they themselves have created. After a decade of global fiscal and monetary policy madness, which were in effect Robin Hood in reverse, they are now seeking to repair the damage caused to the middle classes by making them become permanent wards of the states, just as they strip away ever more of their freedoms.

A genuine solution to reduce the wealth gap would be to eliminate central banks and replace them with a gold standard of money. This would automatically fetter the monetary base to the increased mine supply of gold, which historically has closely matched the productive capacity of the economy. This leads to stable growth without asset bubbles, which serves to eliminate trenchant differences between the classes.

But that type of solution wouldn’t achieve their real objective, which is to increase power. Therefore, their answer to the imminent manifestation of the next global financial crisis, of their own making, is to invent another government wealth redistribution scheme of even greater proportions.

Despite historical proof that economic systems premised on government redistribution, such as communism and socialism, not only lead to stagnation but in fact exacerbate income inequality, they still cling to the hope that if marketed under a different name their idyllic welfare state will eventually yield prosperity. Enter their latest indulgence: Universal Basic Income (UBI). UBI comes in a variety of flavors but all are predicated on the government making payments to people for doing absolutely nothing.

This re-packaged “solution” takes money from the productive part of the economy and re-purposes it into non-productive efforts. At least communism operated under the pretense of work: a communal utopia “from each according to ability…to each according to need.” UBI is predicated on a handout with no incentive for people to live up to their potential. As bizarre as this may sound, it is rapidly gaining worldwide traction.

Before the Great Recession, nobody would have envisioned a Zero Interest Rate Policy, or even Negative Interest Rate Policy (NIRP). Let alone central banks buying stocks—in Japan, they own over half the ETF market—but these things have unfortunately now become commonplace. Likewise, a few years ago, few would have envisioned the war on physical currencies—recently India took 86 percent of its physical currency out of circulation.

Under the guise of saving the global economy from the fast approaching greater depression, governments’ inexorable move toward the abrogation of free markets will soon take a quantum leap forward. In the wake of the last Financial Crisis circa 2008, public and private balance sheets were stretched to the limit.

The usual approach from central banks to save the economy is to simply lower interest rates. But borrowing costs are already in the basement of history. Hence, even more egregious and extraordinary steps will be needed to push asset prices higher in the next crisis.

These desperate measures may include more NIRP, making physical currency illegal, and UBI. Paying people to lay fallow is the perfect recipe for a massive plunge in worker productivity and economic contraction. It also paves the way for a rapidly expanding rise in the broad money supply. 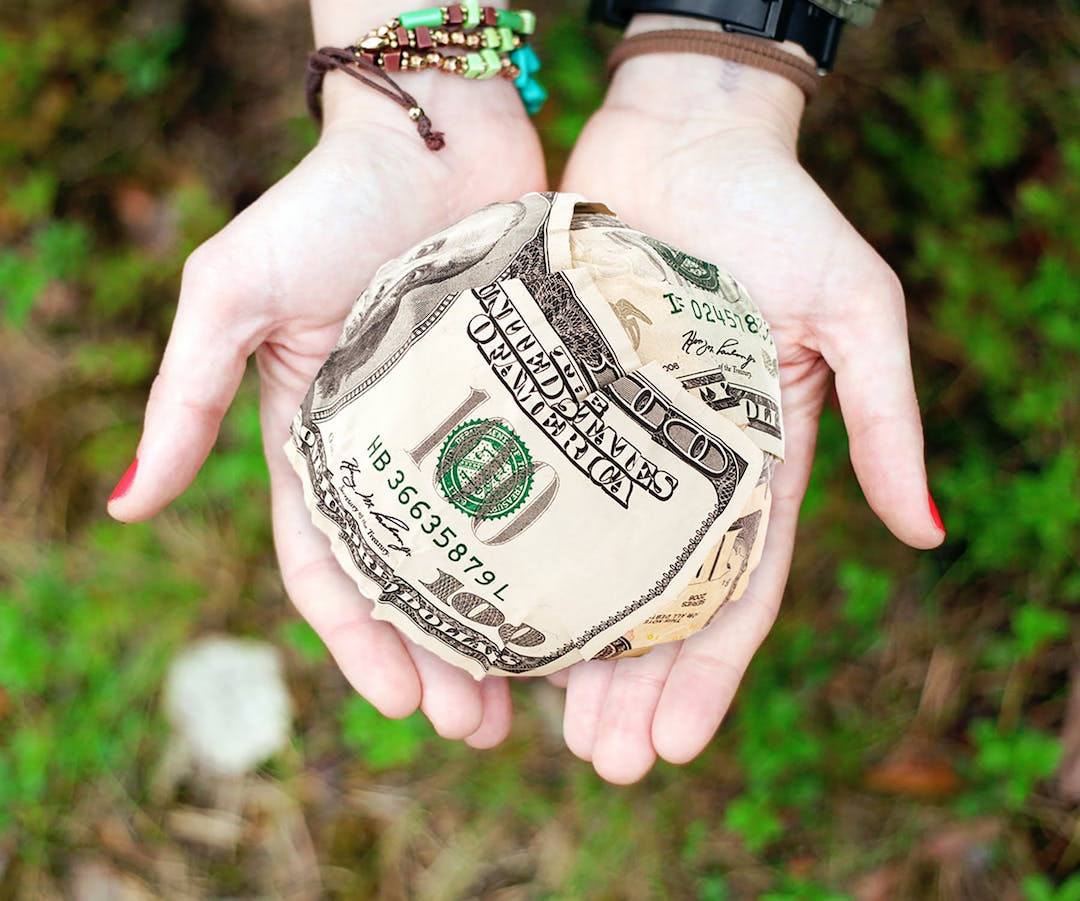 The economist Joseph Schumpeter described innovation in a free-market economy as the “gales of creative destruction.” There is nothing inherently wrong when new innovations destroy old ones. The car replaces the horse and buggy; the cell phone renders the beeper obsolete. The labor force is then forced to reinvent itself, pushing productivity and humanity on an upwards trajectory. Hanging your hat on being the Lotus 123 expert in the office is a dead-end career path—thriving economies move fast, and a motivated labor force always keeps pace.

Doling out free money stifles the incentive for latent workers to adapt. We see these effects when there are long extensions in benefits for unemployment, just like we had during the Great Recession. While unemployment insurance is used as a short-term stopgap between jobs, continuous extensions of unemployment lead to complacency.

During the Great Recession, we witnessed a deterioration of skills by those who opted for the continual extension of unemployment benefits. Many transitioned off unemployment onto long-term disability, depriving themselves of the integrity of work and putting a drain on the current social safety net.

Finland underwent a two-year experiment in basic income where a select group was given the equivalent of $670 a month with no strings attached. The Finish government just ended this program citing very high costs that didn’t yield the intended results. Finance minister Orpo confessed to the Financial Times that the UBI system made people “passive,” noting that when they paid people to do nothing, job openings were left unfilled. He concluded, “We have to look at the incentives to work.”

Finland has decided against renewing the program at the end of this year. Instead, they have introduced legislation to make some benefits for unemployed people contingent on the completion of worker training. Finland’s failed experiment with UBI hasn’t deterred Italy from delving in the same experiment. The newly empowered Five Star Movement (M5S) had an incredible campaign promise: a guaranteed income of €780 ($960) a month for everyone.

SEE ALSO  How to find an investor for your startup

But facts don’t seem to matter to liberal elites who view UBI as a great tool to deploy once artificial intelligence turns people into gelatinous masses of useless goo.

The ultra-liberal co-founder of Facebook, Chris Hughes, blames the growing difference between the wealthy and working-poor on the same market forces that made Facebook’s rise possible. He believes people don’t want a handout, but he intends to petition for one on their behalf anyway. He is pushing for a guaranteed income of $500 a month for every working adult who makes less than $50,000, paid for by raising taxes on people who make over $250,000 or more. And by working, he doesn’t necessarily mean having a paying job—working can be defined as just having a dependent child or parent.

One of the primary dangers here is that UBI will undoubtedly end up being inflation adjusted. In other words, the argument will be that it will have to be pegged to the CPI in order to maintain the purchasing power of its monthly stipend.

Of course, since UBI is at its intrinsic core, a deficit-busting, productivity-killing inflation machine, the result could lead to a death spiral of rising deficits and inflation that in turn serves to drive up the amount of UBI transfer payments—and around again we go. Of course, UBI also provides an ever-growing voting class that will become dependent on the government for everything. Perhaps this is more the elites’ real goal.

The primary driver of the wealth gap between the one percenters and the poor is the result of central banks’ falsification of money, interest rates and asset prices. This is because the vast preponderance of their money printing efforts ends up in stocks, bonds and real estate, which overwhelmingly boosts the living standards of plutocrats, as it eviscerates the middle class and pushes the lower class further into penury. Until governments acknowledge the real culprit behind income inequality, they will never arrive at a viable solution.