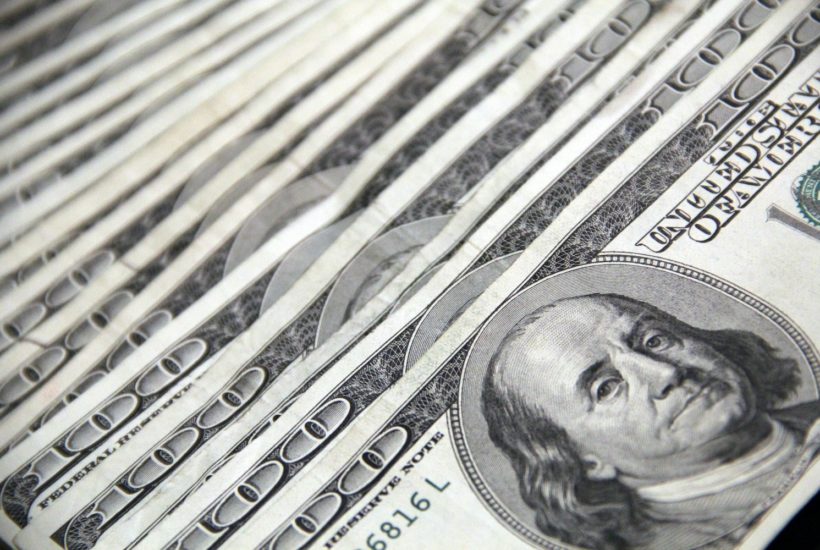 The Fed has now officially changed its inflation target from 2%, to one that averages above 2% in order to compensate for the years where inflation was below its target. First off, the Fed has a horrific track record with meeting its first and primary mandate of stable prices. Then, in the wake of the Great Recession, it redefined stable prices as 2% inflation—even though that means the dollar’s purchasing power gets cut in half in 36 years. Now, following his latest Jackson Hole speech, Chair Powell has adopted a new definition of stable prices; one where its new mandate will be to bring inflation above 2% with the same degree and duration in which it has fallen short of its 2% target.

Just to be clear, the Fed has no idea what causes inflation. It also deliberately goes way out of its way to under measure it. Is it any wonder then that the Fed’s historical record proves it has little ability to meet its own inflation target? As I explained in a commentary written a couple of months ago, the Fed has a tremendous amount of difficulty controlling inflation in either direction. In 7 out of the last 12 years, the Fed has been unable to achieve average annualized CPI of at least 2%. Therefore, 58% of the time the Fed has failed to reach its minimum inflation goal.  Conversely, inflation spiked to double digits by 1975 and, after a brief pause in ’76-’77, eventually soared to 14.6% by early 1980. During this process, our central bank found it necessary to raise rates from 3.75% in February 1971, all the way to 20% by the middle of 1980. That doesn’t sound like inflation is easily managed, does it? But the Fed is fond of trying to convince investors that is the case.

Since the Fed has no idea what causes inflation and how to really measure its rate, how can it then ensure a genuine inflation target—one that represents economic reality—is achieved? It cannot, it is impossible.

For example, the Fed has currently created massive inflation in real estate, fixed income and equity prices. But it deliberately avoids putting asset prices in its inflation calculation and uses the absurd owners’ equivalent rent figure for home price appreciation. Also, inflation is already running well over 2% in the commodity space. The CRB Index is up 30% in the past 4 months.

Hence, although the Fed has raised its inflation target there is no reason to believe it can reach it. After all, if it has clearly demonstrated that is cannot readily obtain a 2% target–using the Fed’s preferred core PCE metric–why would anyone think it can now magically boost inflation north of 2% by decree?

So, here is a lesson for the Fed about how overall consumer inflation is actually engendered: a rising rate of U.S. inflation comes from a market that is persistently losing faith in the purchasing power of the dollar. This comes about from a sustained rate of increase in dollar supply that has diffused throughout the economy due to a Fed that is monetizing an ever-increasing amount of Treasury debt. The Fed is forced to do this in order to keep rates low enough to maintain Government solvency.

Why so much trouble creating inflation?

Since the U.S. is a debt-disabled economy, the normal transmission of monetary creation is broken. As you recall, coming out of the Great Recession consumers and banks were saturated in debt. Therefore, they could not readily borrow a significant amount of new money into existence. As a result, the overwhelming gravitational forces of deflation prevailed–with the exception of the certain asset prices (primarily stocks and bonds) that private banks were purchasing using new credit from our central bank. In other words, Wall Street was the recipient of the Fed’s largess and consumers were, for the most part, left behind. Therefore, broader aggregate money supply growth was muted; whereas reserves in the banking system soared from $800 billion to $4.5 trillion from 2008 through 2014.

What is necessary for consumer price inflation to rise in tandem with asset price inflation is the combination of both fiscal and monetary cooperation in USD debauchery. In order to combat the economic fallout from the Wuhan virus, the Treasury and the Fed joined forces to send direct payments to consumers and businesses. This was the reason there was a condition of stagflation earlier this year. The government borrowed $3 trillion of new money into existence, which was monetized by the Fed and doled out directly to consumers. This raised the money supply circulating around all sectors of the economy. The entire stock of M2 money supply surged by 18% from February to June of this year and the Fed’s balance soared above a record setting $7 trillion in a matter of a few unprecedented months.

So, here’s a news flash to Mr. Powell: Core PCE Inflation won’t rise above 2% just because you say you want it to get there. He can squawk all he wants about now wanting to exceed a consumer inflation target that has been unachievable for many years. In sharp contrast, with trillions of dollars in stimulus running off just as forbearance measures are ending, the consumer will be in a desperate search for cash to pay in arrears their mortgages, credit card bills., student loans and car loans instead of taking on new debt and expanding the money supply. It’s the same story for businesses that have exhausted their PPP grants/loans and are now saturated in debt.

It will take the unholy cooperation of a Treasury that is increasing debt and has it all purchased by the Fed with its fiat money. That is what is needed if Mr. Powell wants to greatly reduce the dollar’s purchasing power from here.

However, what the Fed did accomplish by raising its inflation target was to ensure (at a minimum) a protracted period of economic malaise; with the vast majority of its new money showing up in asset prices. To what degree consumer inflation does end up rising above Mr. Powell’s new target all depends on how much new debt the Treasury is willing to take on in order to satisfy Washington’s new Universal Basic Income mandate—all of which will need to be monetized by the Fed.

Unfortunately, what this also virtually guarantees is that if the Fed is ever able to reach its asinine 2%+ level on core PCE inflation–and keeps it there for multiple years–the Fed will then eventually have to slam on the brakes with QE and begin raising interest rates sharply; just as it did 40 years ago. Otherwise, Treasury yields will skyrocket and crash the economy and stocks regardless. The only difference being that the value of equities was just 40% of GDP back in 1980, while today it is an incredible and unprecedented 185% of GDP. The result will be the absolute and unprecedented carnage of asset prices, as they fall from the thermosphere once long-term rates begin to spike inexorably. In order to get some perspective on what should occur, just think about what happened to the stock market during the October Black Tuesday 1929 crash, the October Black Monday 1987 crash, the Great Recession calamity of 2008 and the 2020 Wuhan virus Depression; all rolled up into one.

To sum it up, the current condition of economic stagflation should morph back into deflation and recession if D.C. doesn’t assent to another massive multi-trillion-dollar fiscal spending package very soon. The Fed will fight the next round of deflation with its usual “tools”; expanding its balance sheet with another multi-trillion-dollar QE program, which will push equities valuations further into the twilight zone and an even greater distance away from economic reality. And, as mentioned, God help us if the Fed is ever able to achieve its new inflation mandate!

This is why identifying the cycles of deflation and inflation are essential to your retirement success. A diversified portfolio that holds stocks and bonds will not protect you because both are concurrently in a massive bubble. Investors will need to have their portfolios actively managed to stand a chance of increasing their purchasing power and standard of living in this new pernicious paradigm.