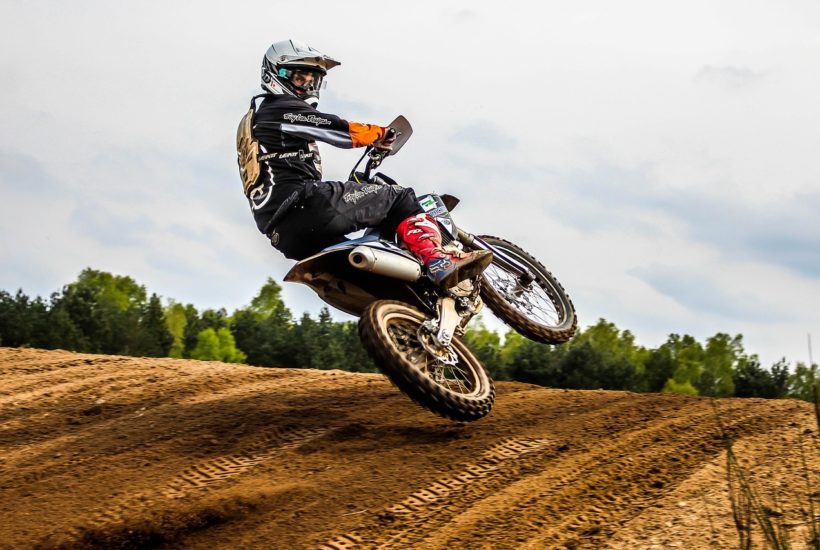 Known for its reflective and waterproof clothing and accessories for cyclists, Urban Circus is stepping up its game to ensure the safety of its customers. It has launched, for pre-order on Kickstarter, its new jacket equipped with an airbag, Cirrus. In 30 minutes, its funding goal of $9,700 (€8,000) was reached.

Since the pandemic and the arrival of coronapists, cyclists have never been so numerous to get on their two wheels to go to work or simply to ride around town. However, if the roads are a little more adapted to cyclists, the risks of accidents remain important. With its new jacket, Cirrus, equipped with an airbag, Urban Circus wants to offer additional protection to two-wheelers.

A partnership with Helite

The airbag integrated in the front and back of the jacket protects the neck, thorax, abdomen and back. When an accident or fall is detected, it inflates in 0.08 seconds, which “stiffens the jacket at the trunk, stabilizes vital organs and maintains the cervicals to avoid whiplash and protects the entire spine,” described the startup. 90% of the shock would be absorbed.

To create this new jacket, Urban Circus called on its partner Helite, which specializes in the development of personal protection airbags. This model took two years to develop because it is based on both airbags and, above all, on an algorithm capable of analyzing specific body movements, particularly falls or accidents following a violent impact. This is essential because it will trigger the airbag at the right moment. To build it, Helite analyzed thousands of videos of falls and collected a lot of data.

The sensor of the jacket has a 25-hour autonomy and can be recharged via a USB port.

A product certified in Europe and the United States

The vest is guaranteed for two years and is especially reusable after an accident or a fall. You just have to change the gas generator that contains compressed CO2 once the airbag is deflated. Thanks to its reflective fabric, it makes the wearer visible up to 150 meters.

This device is certified as CE level 2 personal protective equipment and has three American certifications: FCC certificate which regulates radio frequencies and powers, UL certificate which is the CE equivalent concerning flammability, hardware quality, and the IEC 62368-1 certificate, concerning safety. This condensed technology has a price: $888 (€730).

To finance the production of this new model, the startup has launched, as usual, a crowdfunding campaign on Kickstarter. The first donors will benefit from a 50% discount on the jacket – sold at 315 euros – then 40% and 30% once this first stock is exhausted. Deliveries will be made in September 2021, just for the beginning of the school year.

The cold shower with Who Wants to be My Partner

Urban Circus is part of the companies of the first season of Who Wants to be My Partner. Despite a passage on the screen that had given it visibility and allowed to seal an agreement in principle of financing with Marc Simoncini and Marc Vanhove, the founders had wanted to renegotiate the proposed terms. The refusal of the two main investors of the issue had chilled the other business angels involved, putting the startup in a very delicate situation. Its founders had, in fact, spent $29,000 (€24,000) in legal fees. “Lacking cash, Urban Circus could no longer fulfill certain orders. With his partner, Quentin Xavier took up his pilgrim’s staff to convince new business angels. In less than a month, he raises $888,000 (€730,000). The round of financing is signed on March 16th, 2020,″ said Les Echos.

SEE ALSO  This is how sustainable corporations continue to grow

With the launch of this new product on Kickstarter, the startup proves its resilience.