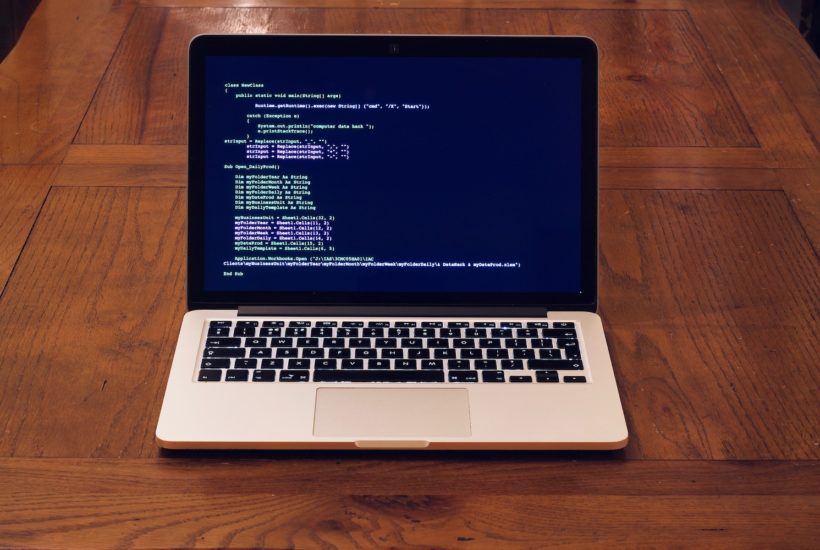 Artificial intelligence and big data analysis applied to finance attract more and more investors. The last big deal in the industry was a few days ago. Scaleup company Affirm, a U.S. platform specializing in the provision of installment loans in stores, able to establish in real time the reliability of the customer thanks to artificial intelligence and machine learning, announced the closing of a round of $500 million G Series, led by GIC, Singapore sovereign fund, and Durable Capital Partners.

The round was also attended by previous investors such as Lightspeed Venture Partners, Wellington Management Company, Baillie Gifford, Spark Capital, Founders Fund and Fidelity Management & Research Company. Based in San Francisco, the scaleup was founded by PayPal’s co-founder Max Levchin and has raised nearly $1.5 billion from investors to date.

Read more about fintech companies that use AI and big data in the finance sector, and read the latest business news in the world with our companion app, Born2invest.

Just three years ago, George Walker, president, and chief executive officer of Neuberger Berman, said that NB had chosen to rely on fintech: “We believe a lot in using big data, so much so that we have hired a chief data scientist. He is Michael Recce, who worked for Singapore’s sovereign wealth fund GIC.

Recce has built machine learning and artificial intelligence systems capable of analyzing a huge amount of data collected also through the web to obtain indications on the real health of the companies in which we could then invest. It is one of the many ways to go beyond balance sheet analysis to evaluate them.

FinScience, an Italian startup controlled by Datrix group, which deals with AI applied to the financial sector, has in fact just expanded its offer to private customers, after many institutional investors have already chosen to expand their information base by focusing on artificial intelligence and alternative data.

SEE ALSO  5 things to know when naming a restaurant

The main indicators are: the global digital popularity value, which measures the total popularity of a company on the web, the investor digital popularity value, which measures the company’s popularity only in the financial world, and sentiment, which indicates the positive or negative perception of the stock in the digital world. Thanks to the combination of these three variables it is possible to identify disruptive trends in the market, monitor and intercept potential risks for investments and know which are the most interesting companies related to a market-sensitive theme or event.

The FinScience software allows users to identify securities linked positively and negatively to specific sectors and events with a high financial impact. Artificial intelligence, for example, would have predicted well in advance the impact of the coronavirus crisis on the major international large caps, even before the global emergency exploded. It emerged from a FinScience study, published in late March, in full lockdown, and entitled ‘COVID-19: an investigation on safe and exposed assets leveraging big data.’ Another interesting test will surely be the next U.S. elections. In the latter case, the AI can indicate which industry sectors and securities are perceived as most impacted by Trump’s or Biden’s victory and their different positions on the issues at the center of the election campaign.

Datrix was created at the end of 2018

Datrix, the company that develops augmented analytics solutions for marketing, sales, publishing and finance purposes, was created at the end of 2018 from the integration between FinScience and 3rd Place, and last May it received a $2.7 million (€2.3 million) round for about 10% of the capital. It was led by United Ventures sgr and was attended, among other investors, by the Wellness Holding of Nerio Alessandri, the founder of Technogym.

United Ventures was already a shareholder of Datrix since August 2019 through its first UV1 fund, following the acquisition by Datrix of PaperLit, a former subsidiary of the fund, specialized in the distribution and monetization of content on mobile and smart speakers for publishers and brands, but at that time the reinvestment of the fund in the capital of the parent company had not been communicated.

Finscience was founded in 2017 by four managers, three of whom came from Google Italy: Fabrizio Milano D’Aragona, who worked for seven years at Google Italy, where he was responsible for the retail, fashion and local sectors; Mauro Arte, who was in charge of the media & entertainment sector at Google Italy, until he became head of the You Tube Italia division; Claudio Zamboni, who was industry leader in Google Italy for the telco and entertainment sectors; Alessandro Arrigo, with decades of experience in digital consulting. The same managers, with the exception of Arrigo, had founded 3rdPlace in 2010, an innovative SME that offers solutions and services in the field of intelligence applied to digital data.

The integration between FinScience and 3rdPlace, which saw the founders and partners sell their shares and reinvest in Datrix, followed a second-round seed of FinScience of $817,000 (€700,000) plus a $350,000 (€300,000) loan from Mcc signed by the same investors of the first round of $1.17 million (€1 million) in November 2017, which was attended by private investors from the financial sector.

To date, the Datrix group consists of four tech companies. In addition to 3rdPlace, FinScience, and Paperlit, there is also ByTek, the martech company that develops platforms based on Artificial Intelligence for Search Marketing, Online Advertising & Lead Generation, Content Marketing data-driven.

(Featured image by draconianimages via Pixabay)