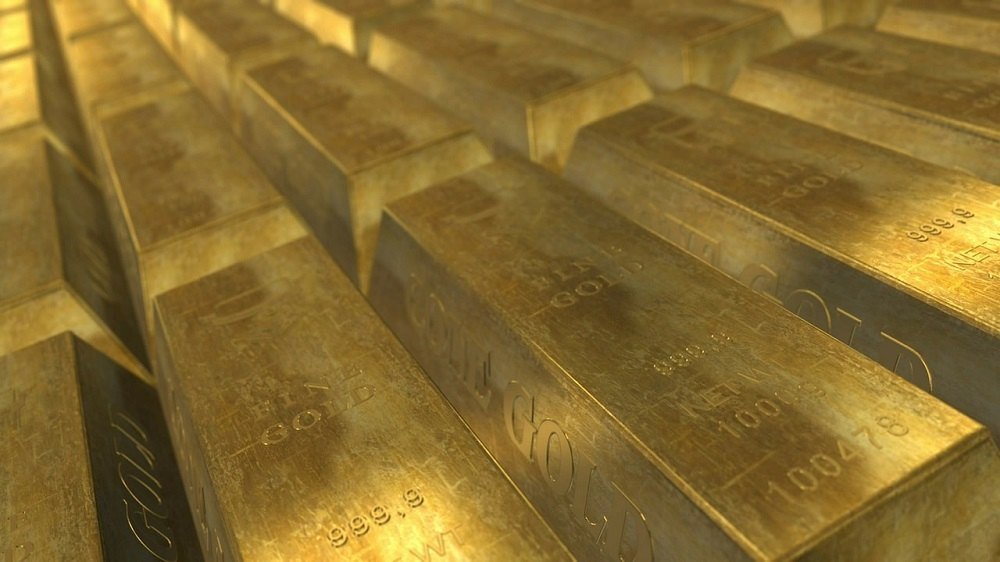 The U.S. export most of its gold bullion to Hong Kong and it was the most noteworthy amount in a long while.

The four other countries that received the remaining lion’s share were China (2 mt), India (1.6 mt), Singapore (1 mt) and Switzerland (1 mt). If we assume that most of the gold bullion exported to Hong Kong made its way into China, then if we add the other 2 mt that China received, the total gold bullion shipped to China was more like 33.6 mt.

Why is gold yellow in color to the human eye?

My interview with a member of the Guild

The Government might just be looking at your gold again!

Sales of the gold 225th Anniversary gold $100 coin offered by the U.S. Mint for $1,640 each on April 6 surged for 24 hours and then backed off, following a typical pattern for modern Mint issues. At the opening, buyers took 14,285 of the one-ounce gold coins depicting Miss Liberty as an African-American. By April 12 another 2,461 had been purchased. A Mint spokesman said the running sales tally stood at 16,746 out of a possible 100,000. On the same date, the rising cost of gold bullion caused the Mint to raise its sales price to $1,690 each. Each of these proof coins has a lettered edge saying, “225th Anniversary.”

Mining Output for Peru This Year So Far:

Despite the total of 178,283 tons of the red metal produced in February, Reuters reports that this is the slowest growth rate in two years. Peru is currently dealing with infrastructure damage and focusing resources on emergency relief efforts following torrential rains that caused massive flooding.

But the Andean country still remains the world’s second-biggest copper supplier after it broke a production record of 2.35 million tons in 2016. In fact, the latest report by the International Copper Study Group revealed that last year’s rise in global copper production was mainly driven by a 38% (650,000 tons copper) hike in Peruvian concentrate output.

Positive numbers at the beginning of 2017. Peru’s numbers show that, due to a rise of 62.78% at Antamina’s mine, the country’s total output rose by 1.92% in February compared to the same period the year before.

(Mining accounts for about 65% of Peru’s export earnings.)

Not surprisingly, the prospects of what could have been a serious conflict between a small, but unpredictable, state with a limited nuclear capability, and the world’s superpower with a thermonuclear arsenal capable of wiping North Korea off the face of the earth, had a strong positive effect on the global gold price which has been getting close to the next psychological event even though the immediate prospects of a military confrontation may have diminished a little, as have the prospects of a significant confrontation between the USA and China over potential action on North Korea.

One wonders what actual deal the Americans will have done with China to reduce those particular tensions – perhaps the USA will now go easy on any potential trade and currency confrontation with China and hold back on any serious opposition to China’s expansionist moves in the South China Sea. President Trump claims to be the master of the deal and perhaps that is where his new policy with China is taking Him.

The world is awash in crisis with wars looming, economies crashing and revolutions brewing. Doomsday bunkers sales are soaring and individuals from coast to coast are getting ready for whatever tomorrow may bring. Moreover, even governments like China and Russia are preparing, having gone so far as to create their own exchange mechanism to trade directly with gold in the event of a global currency crisis or financial meltdown.

But it’s not just governments who have taken notice of the problems facing the globe. According to Gold Mining Chairman Amir Adnani and Sprott U.S. Holdings CEO Rick Rule, some of the biggest billionaire investors on the planet are actively seeking out precious metals like gold as wealth protection insurance amid the uncertainty of the current geo-political climate.

In a recent interview with SGT Report, Adnani explains that several super wealthy individuals with whom he works very closely, including mainland China’s biggest billionaire investor and the richest man in all of Asia Li Ka-shing, have a renewed and urgent interest in diversifying their assets into both, gold mining firms and the physical asset itself:

This individual’s net worth is about $35 billion… For the first time in a number of years of working with his team when it comes to investments in commodities that they believe were important to the strategic growth of China… for the first time they are looking for gold related investments.

The comment from the person heading this initiative for Li Ka-shining is very interesting… His right-hand man said to me ‘He’s not just looking for investing in gold mines… he literally wants to find more ways to take physical gold back to Hong Kong and have that exposure.’ This is the largest individual investor in mainland China and I tell you over the last few years of having worked with him on the energy side, this is the first time I have seen him so aggressively looking for gold related opportunities.

U.S. factory output fell unexpectedly in March, charting its biggest decline in seven months as auto production contracted in a check on the manufacturing sector’s expansion. The Federal Reserve said on Tuesday manufacturing production dropped 0.4 percent last month. February’s output was revised down to show a 0.3 percent gain instead of the previously reported 0.5 percent increase.

Analysts had expected a 0.1 percent increase in factory output in March. Still, smoothing out monthly volatility, factory production rose at a 2.7 percent annual rate in the first quarter. Despite the sharp decline in manufacturing output last month, overall industrial production rose 0.5 percent because of an 8.6 percent weather-driven surge in utility generation.

Metals are colored because the absorption and re-emission of light which is dependent on wavelength. Gold and copper have low reflectivity at short wavelengths, and yellow and red are preferentially reflected, as the color here suggests. So, the short wavelength is perceived as yellow or red by the eye.