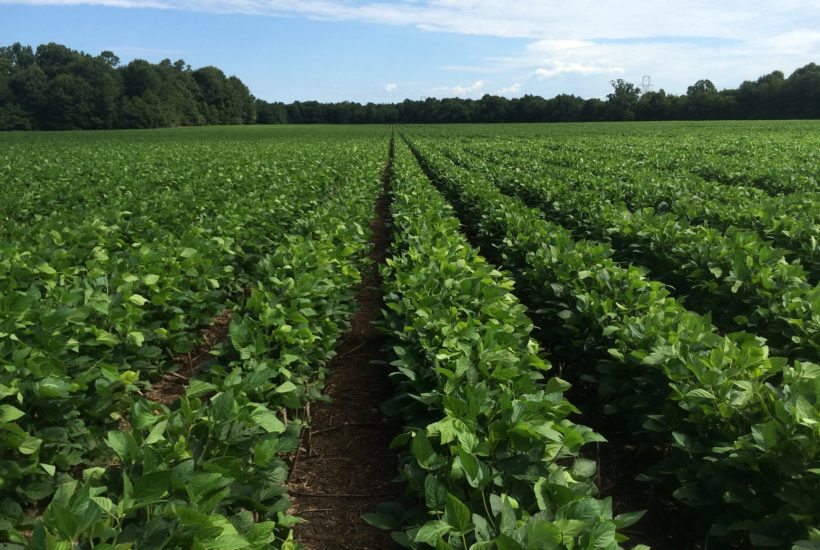 Wheat: Wheat markets were higher last week as Wheat became a weather market. The weather remains too dry in the northern Great Plains and in the Canadian Prairies and farmers can’t plant. The chart trends are up on the daily charts and are turning up on the weekly charts. The USDA WASDE reports were neutral for the trade but no one cared much about them due to the weather. USDA cut export and feed demand and raised ending stocks. Demand has been disappointing so far as traders had expected better exports due to problems in Russia and parts of Europe earlier in the year.

Corn: Corn closed higher on what appeared to be speculative buying based on ideas of strong demand. There weas talk of a new wave of Chinese buying hitting the US late last week. Oats were a little lower. Chinese demand had been strong until recently and it looks like they need the Corn. Prices inside China for Corn remain extremely high. It is drier in central and parts of northern Brazil, and farmers have finally harvested the Soybeans area and planted the Winter Corn. The Winter Corn crop progress is well behind normal. Argentina is dry again and Corn in Argentina is losing yield to dry conditions and crop stress. Southern Brazil is also dry. USDA released its newest WASDE supply and demand estimates and the reports were called neutral by the trade. Demand weas raised on the domestic side and the export side, but could easily have been raised more. Ending stocks were 150 million bushels lower than last month and are trending lower.

Soybeans and Soybean Meal: Soybeans and Soybean Meal were lower with a lot of the selling developing on Friday in response to the USDA WASDE report. The report showed unchanged ending stocks estimates for the US and that was expected. However, Brazil Soybeans production was increased and Argentine Soybeans production held steady. The trade had expected some increase in the Brazil production after private estimates from Brazil showed higher production. The Argentine estimates were a surprise as the market had expected less production from there. Futures price trends turned mixed in Soybeans and down Soybean Meal. The Brazil harvest had been delayed due to late planting dates early due to dry weather and now too much rain that has caused harvest delays and some quality problems in the north as well. Harvest activities have increased but the harvest remains very slow overall. China has been buying for next year here but now is buying mostly in South America. US internal demand has been strong.

Rice: Rice was a little lower on Friday and for the week on what appeared to be speculative selling. USDA released its monthly supply and demand reports on /Friday and demand was cut for both domestic and export needs. Ending stocks were higher and the report was called neutral to negative by the trade. Demand has been solid for exports but less for the mills and this remains the feature of the trade. The export demand has been primarily for paddy Rice and not for milled Rice. The cash market has not felt any increased export demand lately and mill operations are reported to be on the slow side. Texas is about out of Rice, but there is Rice available in the other states, especially Arkansas. Asian and Mercosur markets were steady to lower last week. New crop Rice is getting planted in Texas and planting is more than three quarters done in Louisiana. Mississippi is underway but it remains too cold in Arkansas for much planting to get done.

Palm Oil and Vegetable Oils: World vegetable oils prices were higher last week with Palm Oil higher and making new highs for the move. Palm Oil closed higher last week on reports of good demand from the private sources for March and the first part of April. Ideas of tight supplies are still around. The production of Palm Oil is down in both Malaysia and Indonesia. Canola was higher on ideas of tight supplies combined with a drought in the Canadian Prairies. Soybean Oil was higher, but closed near the lows of the weekly trading range. Worries about South American production are supporting both markets.

Cotton: Futures were higher and trends turned up on the daily and the weekly charts. Futures have reacted in a positive way to recent demand news as export sales were increased in the last week. USDA increased export demand and lowered ending stocks levels. Domestic demand was left unchanged. The demand for US Cotton in the export market has been strong even with the Coronavirus causing disruptions at the retail level around the world. The US stock market has been generally firm to help support ideas of a better economy here and potentially increased demand for Cotton products.

Frozen Concentrated Orange Juice and Citrus: FCOJ closed a little higher and held the recent trading ranges on the daily and weekly charts. The demand for FCOJ is said to be weaker. The weather has turned warmer so less flu is around and the increased vaccination pace means that the coronavirus is less. Moderate temperatures are expected for Florida this week. The weather in Florida is good with a few showers or dry weather to promote good tree health and fruit formation. It is dry in Brazil and crop conditions are called good even with drier than normal soils. Stress to trees could return if the dry weather continues as is in the forecast. Mexican crop conditions in central and southern areas are called good with rains, but earlier dry weather might have hurt production. It is dry in northern and western Mexican growing areas. USDA cut it production estimate again but the market did not react much to the news.

Coffee: Futures were higher for the week in New York, but still a little lower in London. The London market is trying to form a low on the daily charts. Trends are up on the daily charts in New York. Cash market buyers are not buying much Coffee but offers are not strong from many origins. Vietnam producers are selling some Coffee amid reports of good weather in Vietnam for the harvest. Indonesia has had good weather but has little coffee to sell now. Dry conditions are reported in Brazil again. Trees might get stressed again in the dry weather continues as it is forecast to do. Cooxupe has already said that its members anticipate producing about 32% less Coffee this year due to dry and hot conditions last year and the second year of the production cycle for the trees. Central America is also drier for harvesting but production might have been reduced due to very wet conditions during the growing season. Good growing conditions are reported in Colombia and Peru. Africa is also noting good growing conditions. Good growing conditions are generally reported in Southeast Asia.

SEE ALSO  Nimble Is Looking for 850,000 to Complete Preclinical Trials

Sugar: New York and London closed higher on Friday and New York was higher for the week. London might have completed a bottom in the last week. Ideas of stronger Ethanol demand helped support Sugar prices last week as the competition is back for crushing and refining use. Current Sugar demand is called average. Dry conditions were reported in Brazil. It has been raining in south central Brazil until recently and the production of cane is looking good for the next harvest. Production has been hurt due to dry weather earlier in the year and this week could be dry again. Traders are worried about a delayed Brazil harvest and lack of space at Brazil ports for Sugar shipments due to the high Soybeans shipments and delayed nature of the harvest of the Soybeans. India is exporting Sugar and is reported to have a big cane crop this year. Thailand is expecting improved production after drought induced yield losses last year.

Cocoa: Both markets closed lower and chart trends are still down on the daily and weekly charts. New York is near recent contract lows. The main crop harvest is active in Nigeria and is spreading to Ivory Coast and Ghana. Demand should improve as the Covid vaccinations get administered and as at least some governments around the world invest in fiscal stimulus on their economies. Fears of a Coronavirus resurgence are hurting demand ideas and the vaccinations have been harder to administer in Europe lately due to citizen resistance. Production appears to be good this year and the supply surplus is growing.

Futures and options trading involves substantial risk of loss and may not be suitable for everyone. The valuation of futures and options may fluctuate and as a result, clients may lose more than their original investment. In no event should the content of this website be construed as an express or implied promise, guarantee, or implication by or from The PRICE Futures Group, Inc. that you will profit or that losses can or will be limited whatsoever. Past performance is not indicative of future results. Information provided on this report is intended solely for informative purpose and is obtained from sources believed to be reliable. No guarantee of any kind is implied or possible where projections of future conditions are attempted. The leverage created by trading on margin can work against you as well as for you, and losses can exceed your entire investment. Before opening an account and trading, you should seek advice from your advisors as appropriate to ensure that you understand the risks and can withstand the losses.