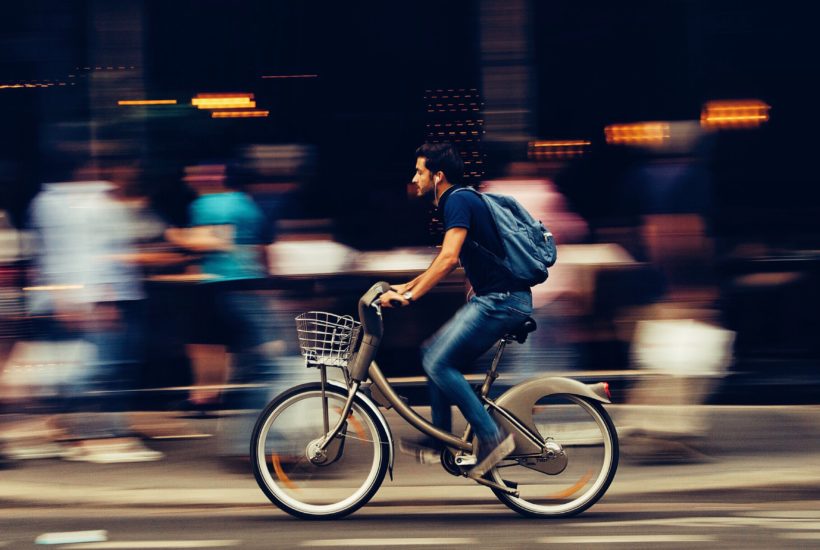 The German manufacturer Vello has presented the first folding and self-recharging electric bicycle in the world. Taking advantage of Autonomy Paris, an event in which exhibitors present their innovations to the whole world through a virtual platform in search of funding, the Vello Bike+ Titan has been unveiled, an electric bicycle that combines light and minimalist design with the advantages of a conventional model that folds up in seconds, with the benefits of infinite autonomy thanks to an energy recovery system based on KERS technology.

Vello started its path in the bicycle sector in 2017 with a first model, the Vello Bike, which is foldable but conventional, thanks to the Kickstarter and Indiegogo crowdfunding platforms. Thanks to small investors it reached a revenue of $1 million (€850,000). In 2018, it was launched and managed to establish a network of more than 50 distributors throughout Europe and Asia, and announced its intention to introduce the product in the U.S. market.

Although the company’s current most important market is Germany, “we are currently focusing on the European market with an expansion to France and Spain, but we plan to extend this offer to Singapore and the United States,” confirmed Valerie Wolff, the head of operations of the company, in statements to Bike Europe.

Vello Bike + is the solution for the increasingly crowded cities

The Vello bicycle is a creation of Valentin Vodev, an industrial designer who partnered with entrepreneur Valerie Wolff to start a company dedicated to the manufacture of bicycles. The Vello Bike combines the advantages of a conventional model that has a folding system in seconds with a light and minimalist design. Thanks to the pedelec motor with KERS technology (kinetic energy recovery system), the designer has created an electric version, Vello Bike+, which in its Titan variant, has an infinite theoretical autonomy.

As Vodev himself explained, folding bikes are becoming the new urban bikes. According to reports, by 2030, more than 68% of the world’s population will live in cities. This will mean that public space will become scarce and the surface area for each citizen will be smaller and smaller. Urban planners, designers and transport service providers will have to join forces to adapt their mobility products to urban use. “Electric bicycles, folding and self-recharging, are part of the solution”.

The Vello Bike+ bases its self-recharging technology on “regenerative braking skills,” says Wolff, which have been used by manufacturers before, such as the BionX engines, which relied on the physical principle of dynamos to achieve small recovery rates.

The Vello Bike+ uses the 250 W Zehus engine which works on the basis of the pulse load of a KERS, a system of kinetic energy recovery which was once used in Formula 1. Basically this system transforms part of the kinetic energy of the vehicle into electrical energy in exchange for reducing the speed, and that is stored for later use.

In the case of bicycles this is an innovative technology, “we manufacture the folding electric bicycle on the market capable of self-recharging,” says Wolff. The motor is only activated when there is a surplus of energy, for example, during braking or downhill, by turning the pedals back and slowly slowing down. The regenerated energy is stored in the battery. If you ride efficiently, in the highest recovery mode, the bike may not need to be plugged in to recharge in the mains at any time.

The Vello Bike+ is available on the manufacturer’s website in its self-recharging version as the Titan variant. Its price is $4,765 (€3,990), including VAT, but not shipping. In addition to the recovery system included in its engine, it also assists the cyclist as long as he or she pedals at speeds between 0 and 25 km/h, with which slopes of between 8 and 10% can be overcome.

SEE ALSO  Is crowd-investing in the real estate sector still a safe haven?

(Featured image by Snapwire via Pexels)

First published in HIBRIDOS Y ELECTRICOS, a third-party contributor translated and adapted the article from the original. In case of discrepancy, the original will prevail.