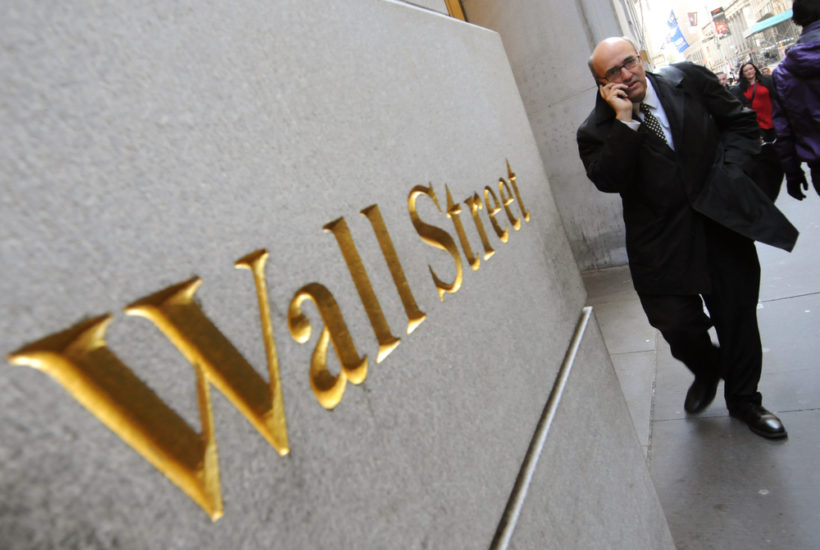 Wall Street’s absolute obsession with the soon to be announced most wonderful trade deal with China is mind-boggling. The cheerleaders that haunt mainstream financial media don’t even care what kind of deal gets done. They don’t care if it hurts the already faltering condition of China’s economy or even if it does little to improve the chronically massive US trade deficits—just as long as both sides can spin it as a victory and return to the status quo all will be fine.

But let’s look at some facts that contradict this assumption. The problems with China are structural and have very little if anything to do with a trade war. To prove this let’s first look at the main stock market in China called the Shanghai Composite Index. This index peaked at over 5,100 in the summer of 2015. It began last year at 3,550. But today is trading at just 2,720. From its peak in 2015 to the day the trade war began on July 6th of 2018, the index fell by 47 percent.

Therefore, it is silly to blame China’s issues on trade alone. The real issue with China is debt. In 2007 its debt was $7 trillion, and it has skyrocketed to $40 trillion today. It is the most unbalanced and unproductive pile of debt dung the world has ever seen, and it was built in record time by an edict from the communist state.

Next, while it is true that in the long run, tariffs are bad for growth—and history proves this beyond a doubt — in the short term, this trade war between the US and China has actually helped boost global trade and GDP. A prolonged period of tariffs is bad for global growth because it stunts global trade—that is what’s bad about a trade war. But that is not what happened in this case; trade has actually increased. This is probably because president Trump first put on a relatively small level of tariffs in July of last year and then threatened to significantly increase the import duties at the start of 2019. This caused a surge in trade from both countries in an attempt to front run the deadline.

Hence, China actually had a record trade surplus with the US in 2018 of $323.3 billion. US imports from China surged by 11.3 percent year over year to $478.4 billion. And, exports from the US to China actually increased as well—however, by a much smaller 0.7 percent. This trend continued in January, as China’s January dollar-denominated exports rose 9.1 percent from the year-ago period—most likely due to Trump’s can kick with raising tariffs until March 1st.

The point here is that global trade actually increased in the year the trade war began. So, if China’s exports actually increased strongly during the trade war and China doesn’t pay US tariffs, it is paid by US importers, how is it reasonable to contend that China’s growth will surge once a trade war truce is declared? Of course, if tariffs increased to 25 percent on all of China’s exports to the US it would stunt global growth. But that has not happened yet and investors are pricing almost no chance of it ever occurring. 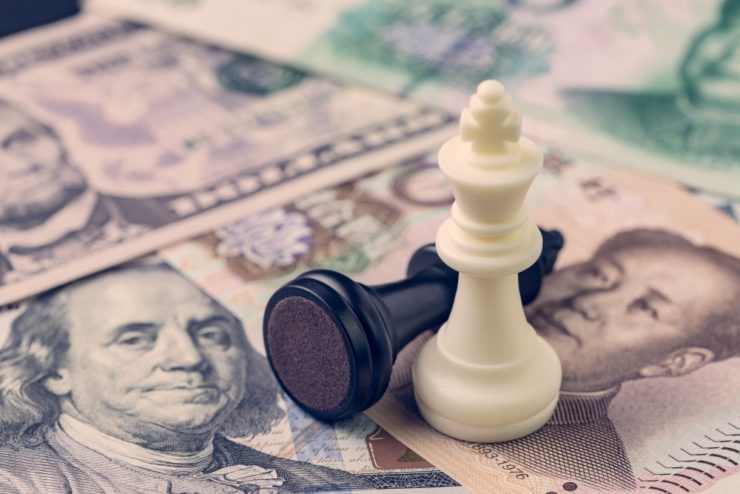 If tariffs increased to 25 percent on all of China’s exports to the US it would stunt global growth. (Photo by eamesBot via Shutterstock)

Again, China is a debt disabled economy—much like Europe—that has been responsible for one-third of global growth coming out of the Great Recession of 2007-2009. However, it just can’t re-stimulate growth yet again by building another empty, unproductive city or port. Stimulating growth now by issuing more debt may be enough to levitate the economy from crashing, but it just can’t produce robust growth any longer. In fact, bond defaults have begun to surge, quadrupling from last year, as the communist nation struggles to handle its mountain of obligations.

Wall Street will soon have a day of reckoning when it realizes the trade war was not at all the primary driver behind the dramatic slowdown in global growth. And global growth is slowing dramatically—with a conveyor belt of bad news to continue well after the announcement of a deal. US retail sales in December crashing by the most in nearly a decade is just one example.

In the developed world we have the Italian economy, which is in an official recession and it is the third largest bond market on earth. Putting global banks that own this debt in high danger. Eurozone Industrial Production plunged -4.2 percent year-over-year in December after falling 3.3 percent in November. The headline German (IFO), business climate index, slid to a two-year low of 99.1 in January, from 101.0 in December, dragged down by a crash in the expectations index to 94.2. And Q4 German GDP was exactly 0.0 percent. Japan’s economy is a perpetual state of malaise, as growth for the full year 2018 was a sad 0.7 percent. And on an annual basis, its industrial output declined 1.9 percent in December.

Of course, the world is full of emerging market economic basket cases like; Argentina, Venezuela, Turkey, and South Africa as well. This condition is the opposite of the recently enjoyed globally synchronized recovery, and it is putting extreme downward pressure on US multinational earnings.

Which brings us to the other ghost Wall Street is chasing…the Fed. Along with a handshake between Trump and XI, those Carnival Barkers are also cheering on the Fed’s move towards a dovish stance on monetary policy. But it is ignoring with alacrity the reasons why the Fed has paused with its rate hikes. The Fed inverted the yield curve on the 2-5 year spread late last year and, at least for now, it is still destroying $40 billion worth of assets each month. How is it that investors are so sure the Fed hasn’t already gone too far; just like it always has done in the past?

US GDP growth has dropped from 4.2 percent in Q2 last year to display a 1 percent handle in Q4 2018, according to the Atlanta Fed. Earnings growth has plunged from 20 percent in 2018 to a negative number at the start of this year. Real estate is in a recession, and equity prices lost 7 percent last year. It is highly likely the Fed turned dovish too late. Remember, the Fed stopped raising rates in 2006 and began to cut rates aggressively in 2007. But that didn’t stop the global economy from imploding a year later. The Fed also began cutting rates in January 2001. But the S&P 500 still fell another 37 percent by March 2003. And keep in mind, the Fed is still tightening rates by selling off its balance sheet.

As the global economy waxes towards recession investors are jumping into the relative safety of sovereign bonds. The Japan, 10-year bond, went negative once again and pushed the number of global bonds with a negative yield back up to $9 trillion. Yields are falling here in the US too, despite the fact that the National debt just hit $22 trillion and total global debt hit $250 trillion.

This begs the question: if global economic growth was about to turn around sharply to the upside based upon dovish central banks and an end to the trade war, then why do global bond yields continue to fall?

No, things are not normal, and the world has gone insane. And that is why heading to the safety of the gold market at this juncture is becoming more crucial by the day.