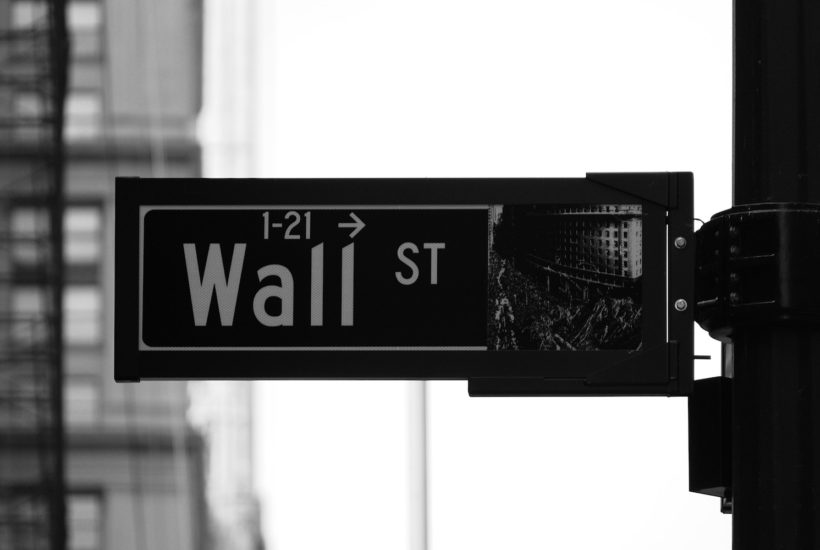 Despite being one of the most talked-about subjects in politics worldwide, climate change is becoming a significant concern in the business world. Wall Street has been increasingly prioritizing risks caused by climate change when assessing companies.

In the wake of recurring California wildfires, Wall Street is now considering climate and weather disasters like never before. This is extremely important for companies based in locations with higher risks of natural disasters, for example, California, Florida or Louisiana.

In these cases, the pressure is higher to have a solid plan or insurance if the disaster does occur. More frequently than anyone else, these companies are asked about how are they planning to protect their businesses from the effects of climate change.

A new approach to risk assessment

Fund managers that usually would ignore anything related to climate change, are now forced to reconsider both the location and availability of the necessary equipment in these places in order to assess whether or not these companies have a higher risk of being affected by climate change.

We have already witnessed some examples of companies going bankrupt due to climate disasters. Pacific Gas and Electric Company, located in San Francisco, California, United States provides natural gas and electricity to most of the northern two-thirds of California. But due to California Wildfires, Pacific Gas and Electric Company had to file for bankruptcy on January 14th of this year, after accumulating an estimated $30 billion in liabilities from wildfire.

Now Mayor Sam Liccardo of San Jose has created a cooperative that will leverage its collective resources to take over the responsibilities of the utility company. Many climate threats are indirect but many businesses big and small face a direct threat to the viability of their business. While Coca-cola worries over water scarcity, IKEA is concerned with deforestations.

Sustainable production as the primary alternative

Climate change planning is not only integral for long term sustainability of a business but it has been shown to improve customer relations as well. Stakeholders generally respond very positively to the company’s efforts at sustainability and its contribution to preventing climate change.

As overall awareness regarding climate change is increasing, customers will demand more responsibility from companies regarding sustainability. The clearest example of that would be the resurgence of sustainable clothing brands that now represent real competition to fast fashion brands that have been around for years.

Climate change is forcing insurance companies to change their approach

Since the beginning of 2019, there have been 10 weather and climate disaster events that have caused more than $1 billion in damages, which is the double of the 6.3 average for the full year between 1980-2018, say the National Centers for Environmental Information.

This will open up another dimension of challenges associated with climate risks and insurance.

Insurance claims for natural disasters such as wildfires and hail have been accounting for the increasingly large sum of coverage provided by the insurance companies. Now research firms from S&P are working on climate risk analytics. Another example of this is a Silicon Valley start-up, Jupiter Inc. The company announced that it has completed a $23 million funding round to expand its analytics regarding short and long-term weather patterns for specific locations.

Wall Street divided on the topic of climate change

Wall Street is still not united around the topic of climate change. Specifically, BlackRock Inc and Vanguard have been under the spotlight for failing to live up to the pledge to support climate action. The report bt the Washington DC-based Majority Action and the Climate Majority Project, published in September, claimed that BlackRock Inc, the world’s largest asset manager with more than $6tn under management along with Vanguard, with assets of $5.2tn, have continuously voted against the key climate resolutions. Both of these companies have previously publicly supported sustainability and have been vocal about combating climate change.

However, Blackrock has moved some of its funds toward investing under Environmental, social and governance (ESG) criteria. To defend themselves Blackrock has come out to say that above anything else the fund management works on projects that would “enhance the value” of their clients’ investments and that good governance should not equate with voting against management without regard for a proposal’s impact.

A problem with ESG asset

Regardless of these disputes, sustainability is still becoming more and more widespread across Wall Street, including Blackrock and Vanguard. ESG assets have more than doubled in 2019, but so far they’ve proven to be a tough sell. It would be easy to transition to sustainable investments if it didn’t mean sacrificing financial performance, at least at the beginning.

Despite this there is a clear upside to investing sustainably, that is strengthening your risk management by incorporating a bigger range of risks into a business strategy. ESG practices definitely lead to higher long-term profitability. But it is a challenge for the investor to bite the bullet and go sustainable since it shows that prioritizing ESG assets has no immediate visible impact since some of the risks that require us to adapt, might not even materialize for years to come.

But that’s not all there is to it. ESG investing strategies haven’t proven to be sufficient enough or reduce global carbon emissions. But that’s partly because there is a misunderstanding of the scope of issues that ESG can fix. The fact that it takes a lot of time to see tangible results is also one of the drawbacks since most investors are looking for fast results and those who choose to focus on sustainability are bound to face financial challenges.

Since the topic of sustainability in brands and companies is pretty new, in some cases, there is a clear lack of evidence on whether these companies are actually sustainable, whether these efforts to combat climate change are actually working, so the topic easily gets quite divisive. But one thing that is clear is that it’s completely changing the business world as we know it. With customers demanding more ethical approaches and sustainability-driven production, the companies are under pressure to comply to avoid losing clients and getting wrapped up in scandals.