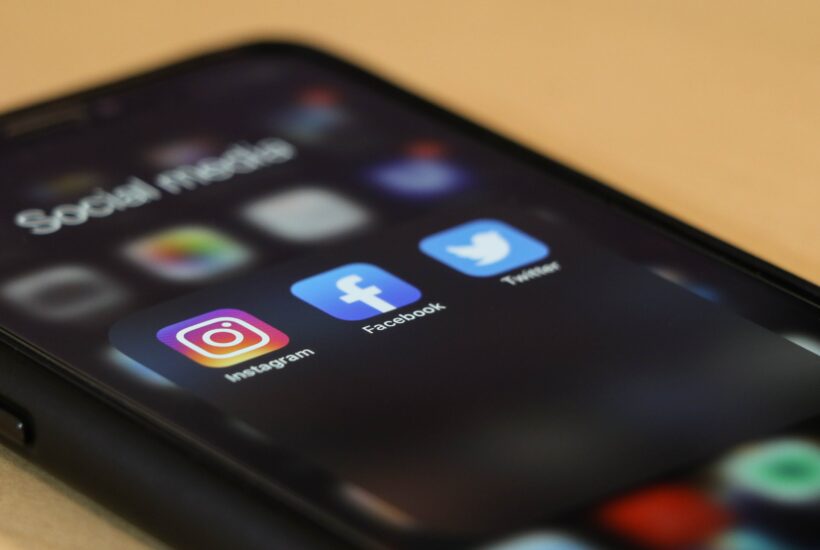 Love it or hate it, there’s no denying that social media has forever changed our lives.

It’s made the world seem smaller than ever by allowing us to make friends from around the world, given us the ability to join thriving online communities of people who share similar interests and passions, and offered unique opportunities for employers and job seekers to connect and interact.

At the same time, social media has provided an unprecedented platform for promotion and truly leveled the playing field by offering individuals and businesses the chance to make a name for themselves in a way that never would have been possible without the likes of Facebook, Twitter, and Instagram.

That being said, if you own a business, it’s incredibly important to understand social media.

Without it, you’re missing out on myriad marketing and advertising opportunities, and you’ll inevitably lag behind the competition in terms of the exposure of your brand.

Still, trying to understand social media can be confusing and stressful, to say the least.

If you own a business, you might be asking yourself questions like, “Which social media should I use for my business?” and “What’s the best social media for business?”

In any case, if these sound like the kinds of questions you’ve been asking, then you should definitely keep reading.

Because in this article, I’m going to dispel the myth of the “best social media for business”, offer some demographic data, and provide some practical advice to help you determine which social media platforms you should be using for your business.

What is the Best Social Media for Business? It All Depends.

I know this seems like something that should be completely cut and dried, but it’s really not.

Truth be told, the best social media for business doesn’t really exist, at least not in terms of there being one platform that’s best for every business across the board.

According to data from Statista, Facebook is the most popular platform, with nearly 3 billion monthly active users, and YouTube is a close second, with more than 2.5 billion.

So, in terms of the sheer number of users, and having access to the highest number of people and the biggest list of influencers possible, these platforms are your best bet.

But this doesn’t necessarily mean that they’re going to work best for your business.

The fact of the matter is, regardless of a platform’s popularity, the best social media for business is the one that will work best for the business that’s going to be using it.

But how does one go about determining which platforms to use for their business?

Well, the first step is to define your target audience.

Before I even get into demographics, and the details surrounding any particular platform, I need to talk about how to define a target audience.

Without this information, trying to figure out which platforms will perform best for your business would be an exercise in futility.

But what is a target audience?

In short, this term refers to the group(s) of people you’re trying to reach. You can think of these individuals as your ideal customers.

If you’re not sure which group(s) you want to target, you can start by asking these kinds of questions about your ideal customers:

When I work with clients in helping them define their target audience, we dive deeper into these, and other similar kinds of questions, but the list above should give you more than enough insight to get a general sense of your target audience.

Once you’ve figured that out, then you can start using demographic data to determine which social media platforms will be best for your business.

After defining your target audience, the most important thing to consider is what demographics are using each social media platform.

This information will allow you to determine if a platform is even worth using.

Because let’s face it, if your target audience can’t be found on Facebook, for instance, then there’s really no point in you using it for your business.

You’ll just be wasting time and money making marketing materials and buying ad space with no chance of seeing any results.

So, with that said, let’s take a look at the demographics found on some of the most popular social media platforms, so you can figure out which ones will work best for you.

According to a survey from Statista, as of January 2021, the platforms most commonly used by marketers were Facebook and Instagram, with 93 percent of respondents saying they use Facebook to promote their business, and 78 percent saying they use Instagram.

As you can see from the bar graph above, LinkedIn came in third with 61 percent, YouTube came in fourth with 55 percent, and Twitter came in fifth with 48 percent.

Considering the fact that it has nearly 3 billion users, it’s no surprise that Facebook came out on top, as any demographic you can imagine is likely to be found on the social network in some capacity.

However, that doesn’t mean that your target audience is guaranteed to be found on Facebook, and your ideal customers might be more likely to frequent other platforms.

With that in mind, let’s take a look at some demographic data compiled by Hootsuite and Sprout Social on some of the most popular platforms so you can break things down a bit further.

The largest demographic on Facebook consists of male users between the ages of 25 and 34.

However, 41 percent of Facebook users are 45 years of age or older, so this platform tends to be a place for what would be considered aging demographics.

More than half of Instagram users are younger than 35, making this platform a place for a slightly younger demographic, at least compared to Facebook.

When it comes to gender, 48.4 percent of users are female, while 51.8 percent are male.

The largest age group on Twitter consists of those who are between the ages of 18 and 29.

As for gender demographics, 38.4 percent of Twitter users are female, whereas 61.6 percent are male.

In addition, one-third of Twitter users claim to have graduated from college and report earning more than $75,000 per year, making this platform a great place to find highly educated individuals with high incomes.

TikTok tends to be a place for a considerably younger crowd, with 25 percent of users between the ages of 10 and 19.

In terms of gender demographics, 61 percent of TikTok users are female, while 39 percent are male.

Moreover, according to data from Insider Intelligence, while most platforms have had dismal user growth in recent years, TikTok saw an 87.1 percent increase in 2020, and 18.3 percent growth in 2021, far surpassing every other platform.

YouTube has potentially the highest reach of any social media platform, with a large gap between the members of its largest age group, which includes people between the ages of 15 and 35.

As for gender demographics, 46 percent of YouTube users are female, while 54 percent are male.

It’s also important to mention the ridiculous volume of video content uploaded to this platform, with 30,000 hours of video being uploaded each hour in 2020, highlighting the massive number of opportunities it presents for serving ads to your audience.

When it comes to gender, 43 percent of LinkedIn users are female, while 57 percent are male.

Before I wrap this up, it’s important to point out that social media should be considered just one part of your marketing strategy, and you should only use it where, when, and how it’s beneficial for your business.

That being said, if you’re still asking yourself, “Which social media should I use for my business?” then I hope the information and advice I’ve provided here will help you to answer that question.

(Featured image by dole777 via Unsplash)

Susan Friesen, founder of the award-winning web development and digital marketing firm eVision Media, is a Web Specialist, Business & Marketing Consultant, and Social Media Advisor. She works with entrepreneurs who struggle with having the lack of knowledge, skill and support needed to create their online business presence. As a result of working with Susan and her team, clients feel confident and relieved knowing their online marketing is in trustworthy and caring hands so they can focus on building their business with peace of mind at having a perfect support system in place to guide them every step of the way.