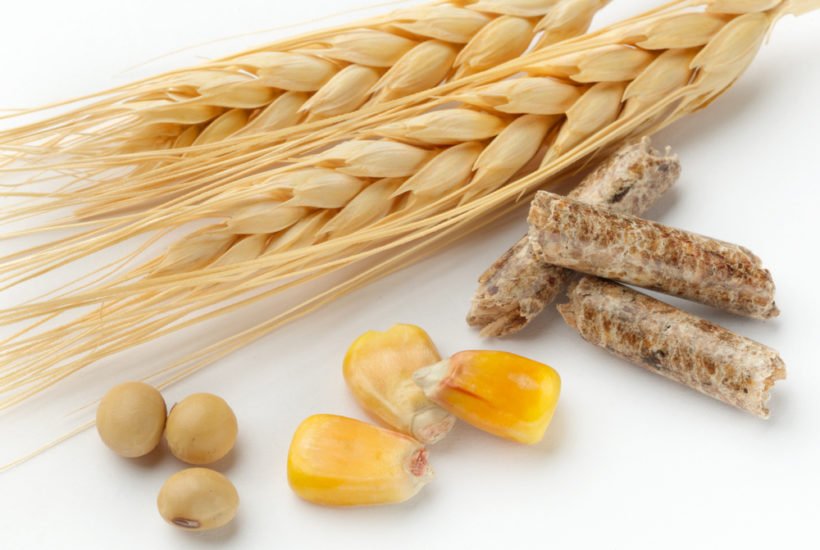 Winter wheat markets were lower for the week last week. Chicago SRW prices held firm on Friday in response to news that Egypt had bought 120,000 tons of SRW. The other markets were lower in response to negative USDA reports. The Egypt news was another shot of positive demand news for a market that needs positive news. Attitudes on wheat prices remain generally positive, but the market has struggled to move higher.

USDA also announced the export sales report from Christmas week last week, and the demand was higher than expected by traders. USDA showed higher ending stocks in its reports Friday, and stocks are projected to be just above one billion bushels. The quarterly stocks estimate was also above expectations at 1.999 billion bushels. World ending stocks were slightly lower. The wheat seedings report was below trade projections and showed a decrease in planted area at 31.3 million acres for all winter wheat.

The smaller planted area came because of very bad planting weather in the Great Plains and Midwest and low prices. The fall season in both regions featured a lot of rain that hurt harvest and planting all season long. Price trends are starting to turn down on the daily charts, but weekly charts are still more sideways or up.

Corn was lower on Friday and a little lower for the week as the market. Oats were also lower for the week. USDA issued it annual January reports and the quarterly stocks in all positions reports as well as the January and February supply and demand reports. The US corn production was a little lower than expected, and the quarterly stocks reports showed fewer supplies on hand than expected. However, the supply and demand estimates were considered negative for prices.

USDA trimmed domestic demand in all areas. Reduced ethanol demand had been expected, but this demand was cut less than many in the trade had expected. USDA cut more demand from the feed and industrial categories than the energy category. It left export demand unchanged as no one really knows how the current trade wars that the US has launched will turn out. These changes helped keep the US and world ending stocks a little higher than the trade had expected. Trade attention will now turn to Washington as it moves to resolve trade problems with China, Europe, and Japan, among others, and pushes for passage of the new North American trade agreement.

South American weather is improving as some showers are reported now in central and northern Brazil. The winter corn crop is being planted as soybeans get harvested, so the rains are very beneficial after an extended dry season. The price action in both corn and oats was weak, with corn mounting a reversal day on Friday and oats unable to show a rally of any kind. Chart trends are more sideways on the weekly charts. Increased buying is still expected on moves lower and current short term patterns suggest that futures should not be able to move below 365 March.

Soybeans and soybean meal were lower last week, but a little higher on Friday. USDA issued a lot of reports on Friday that showed a mixed bag for futures prices. USDA cut production as expected, but did not cut ending stocks very much as its changes to demand projections were limited. It is waiting like everyone else for the resolution of the US-China trade dispute. However, it will get harder for the US to make sales to China or anyone else now.

Brazil has reduced production, but Argentine production appears good, and both countries are now offering at prices that compete with the US for sales. On the other hand, producers in the Americas are not really interested in selling right now due to lower prices. The supplies for the world are there but will need to be pried out of the hands of the sellers. Representatives from the US will travel to China this week for more meetings.

There was apparently good progress made at the talks in Washington, and there are hopes for much more progress this week. However, the US has said that the two presidents will not get together by the end of the month. Trends are sideways on the weekly charts for these markets, and the fundamentals of big supplies might keep rallies in check. Trends are turning down on the daily charts.

World ending stocks levels were also increased, mostly on increased production in China. Data for the rest of the world was left mostly unchanged on the production side. Only slight modifications were made on the world demand side. The report was considered negative for futures prices. The trade will concentrate now on the weather. Delays in initial fieldwork are being reported in Texas.

Exports from Malaysia have improved, and production should be starting a seasonal decline. Malaysian export taxes are 0%, and Indian import taxes are currently very low and allow for imports at profitable prices. Daily charts show and weekly charts show futures mostly in , especially for palm oil and soybean oil. Canola is the weaker market as the Canadian Dollar has been strong and due to worries about Chinese demand.

Cotton was a little lower last week and trends are sideways to down on the daily and the weekly charts. The USDA reports on Friday gave no reason to look for big rallies at this time. USDA cut US and world production. It also trimmed US domestic use and domestic use in world markets. The result was a slight reduction in US ending stocks estimates, but increased world ending stocks estimates.

The weekly export sales reports have started to show improved demand for US cotton, but USDA left export demand unchanged as it waits for the data from the reports for January. It should be caught up on the weekly reports by February 22. There had been talk of less production from exporter countries like India, but USDA did not reflect these losses in its tables last week. Indian and Pakistani sources will continue to insist that production is less than projected by USDA. Cotton futures will have to look for news to cause rallies at this time. Supplies are there, so demand will have to improve as USDA releases more export sales reports in the next couple of weeks.

FCOJ was higher on Friday, but lower for the week. Trends are still sideways on the weekly charts. USDA said that Florida oranges production is 77 million boxes and that US production is 128.6 million boxes. Both estimates are significantly higher than a year ago and reflect a remarkable recovery from the storm damaged crops harvested last year. The market has absorbed speculative long liquidation and producer selling through the winter as no freeze has developed, and futures can now move seasonally higher.

Longer range forecasts show that there is little chance for a freeze to develop this month, and then it will be getting to be too late for a freeze to be seen in the state of Florida. The oranges harvest is active in Florida as the weather is warm and mostly dry. The fruit is abundant, but arrivals to packinghouses and processors are reported behind last year. Florida producers are seeing small sized to good sized fruit, and work in groves maintenance is active.

Irrigation is being used in all areas. Packing houses are open to process fruit for the fresh market, and all processors are open in the state to take packinghouse eliminations and fresh fruit. Mostly good conditions are reported in Brazil, and some beneficial rains should be seen this week.

Futures were lower on Friday and lower for the week in both New York and London. New York failed once again to turn trends up, but prices still held the recent trading range. Weekly chart trends are sideways in London. Brazil should be getting past the gut slot of its harvest, and the strong export pace from the country should start to turn down. Brazil had a big production year for the current crop, but the next crop should be less as it is the off year for production.

Ideas are that the current production of 62 or 63 or more million bags can become about 52 million bags next year. El Nino is but remains in the forecast, and coffee areas in Brazil could be affected by that could hurt production even more. Many areas are dry now, but showers are in the forecast for this week. Vietnam is active in its harvest. Selling will increase this week as the Lunar New Year holiday is now over. Production in Vietnam is estimated less than 30 million bags due to uneven weather during the growing season.

Both markets moved lower on Friday but were mixed for the week. London has turned into the weaker market. The weekly charts in both markets show mixed trends and the market appears to be searching for a direction at this time. Petroleum futures strength seems to be helping change the tone in sugar.

Brazil has been using the majority of its sugarcane harvest to produce ethanol this year instead of sugar. Dry conditions continue in northern Brazil and there are frequent rains in the Rio Grande do Sul. These weather trends are starting to change as the rains move north into drier areas. Very good conditions are reported in Thailand, but the next production could be less as farmers might switch to other crops due to low prices for sugarcane.

Futures closed higher for the week in New York and lower in London as the new main crop harvest comes to an end in West Africa. The mid crop harvest is still a month or more away. Trends are up. The main crop harvest is active in West Africa, and Ivory Coast arrivals are strong. Some early week showers and cooler temperatures were beneficial, it is warmer now and mostly dry. Conditions appear good in East Africa and Asia. Demand is said to be improving as offers from the new harvest start to increase.