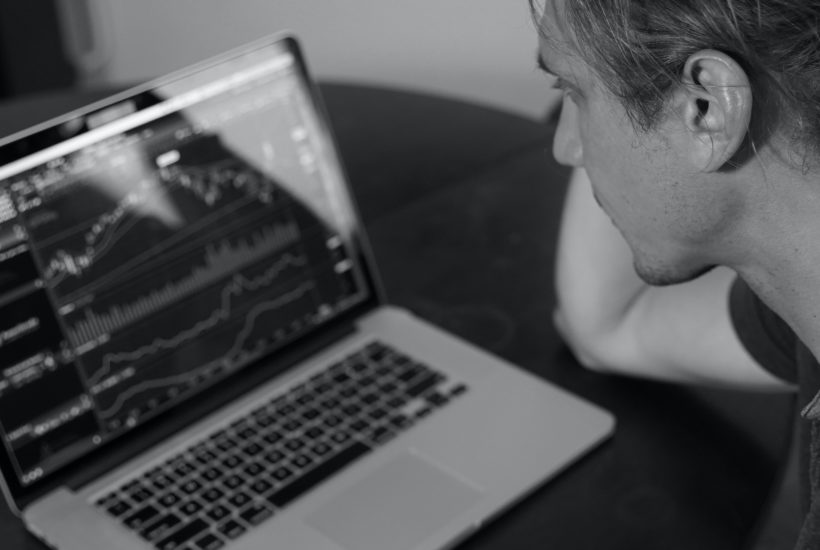 The next time the Fed reduces its bond purchase program the market reaction should be more like a nervous breakdown rather than just a tantrum.

First, let’s review a bit of the historical histrionics surrounding the initial Taper Tantrum. Back in September 2012, the Fed’s Quantitative Easing program was running at the level of $85 billion per month. The asset purchase program consisted of both Mortgage-Backed Securities and Treasuries. Then, in December 2012, Fed Chair Ben Bernanke expanded his massive QE 3 scheme by making its duration unlimited. But by May 2013, the time had finally arrived to start discussing the tapering of its asset purchases. And in December of that year Tapering officially began; with QE ending by October 2014. Of course, the Fed would be back in the QE game six years later. But at the time, the overwhelming consensus thinking was that the 100-year economic storm had passed and we would never witness such extraordinary actions by our central bank ever again.

While the S&P 500 did drop by 5% in just a few weeks after Bernanke first discussed reducing asset purchases, the carnage was much worse in the sovereign debt market. In May 2013, after just a mere suggestion of an imminent reduction in bond purchases, panic spread throughout global bond markets. The 10-year U.S. Treasury took it especially hard, sending bond prices plunging. The Benchmark yield gained 140 basis points between May and early September 2013. According to PIMCO, the yield on the 10-year Note was 1.94% on May 13th, the day before Bernanke’s testimony. But less than four months later that yield surged to 3.34%.

As bad as that Tantrum was, there are three reasons why the next Taper Tantrum should make the previous markets’ hissy fit look like a state of tranquility.

The first difference is that the Fed is now buying $120 billion worth of assets each month instead of the $85 billion during QE 3. It was buying MBS and Treasuries during the runup to the last Taper Tantrum. But now, the Fed is not only buying those same types of assets, it has thrown in for the first-time ever new types of debt including municipal and corporate bonds—even junk-rated debt—with its current QE 4 program. This humongous market distortion has forced bond yields much lower than they were seven years ago. Back in the Taper Tantrum days, the thought that there could ever be negative yielding sovereign debt was absurd. Today, there is nearly $20 trillion worth of debt that offers a yield less than zero percent. Treasury bond yields are also at a record low—some one hundred basis points less than what existed in 2013. With bond yields so low, it simply means the potential energy stored up behind interest rate normalization will be all the more violent; with the rate of change causing G-LOC.

SEE ALSO  Is Bitcoin the future of commerce?

The second reason why the next tantrum will be worse than before is that equities are in a much bigger bubble today. The price to sales ratio of the S&P 500 back in March of 2000 (the previous peak of stock market valuation) was 2.1; and this metric was just 1.3 prior to the Taper Tantrum. Today, it is at an all-time record high ratio of 2.7. The other most important and revealing valuation metric is the total market cap to GDP ratio. The total market cap of the Wilshire 5000 to GDP was 1.4 at the March 2000 peak. This ratio was just about 1.0 in the Taper Tantrum days. However, it is now over 1.85. Therefore, the stock market is not only at a much higher valuation than at any other time in history, it is immensely greater than its 2013 levels. How bad could it get? For those investors who bought the NASDAQ at its peak; the ensuing plunge was over 80% and you would have to wait 15 years to break even in nominal terms. When adjusting for inflation the waiting time was even longer.

Both the Dot.com crash and Taper Tantrum were the result of the Fed taking away the punch bowl. Jerome Powell tacitly admitted during his December press conference that the continuation of near-zero borrowing costs is the only thing keeping the stock market bubble from bursting. Hence, it is imperative to avoid making the mistake of buying and holding stocks at these levels once the Fed starts draining its liquidity.

Finally, there is now a record amount of total debt that is clinging precariously to the Fed’s artificially-induced low yields. The more debt there is outstanding in relation to the underlying economy, the more unstable the economy becomes–and the more damaging its eventual reconciliation will be. The National debt to GDP ratio now stands at 128%. It was “just” 100% in 2013 and a mere 57% in March of 2000. Most importantly, the ratio of Total Non-financial Business Debt to GDP is both daunting and ludicrous. Back in the lofty days of the Internet Bubble, this ratio reached 67%. But it declined to 42% during the days leading up to the Taper Tantrum. Today, Total Non-financial Business Debt has soared to become a full 82% of the overall economy (sources: Z.1, World Bank). There is now a record amount of high-yield corporate debt outstanding and that yield is the lowest in history. And remember, the Fed wasn’t buying junk bonds back in 2013.

SEE ALSO  What will Trump’s immigration fight cost you?

The common catalyst for previous bubble explosions has been a central bank that has removed its massive and indiscriminate bid for the bonds it buys. For it is exactly that process which indirectly inflates those asset bubbles to begin with. It is a rapidly rising rate of inflation, as measured by the Core PCE Price Index, which will prompt the Fed into reversing its easy monetary policy stance. But that is probably still a long way off. It is certain that the coming wipeout will bring the Fed back into the monetary manipulation game once again. This next iteration will be in record size and scope—just like the previous ones before it. But that decision will be subsequent the coming chaos. And after all, what investor really wants to suffer another 80% setback in their retirement plans if they don’t have to? This is why it’s now more important than ever to reject the buy-and-hold propaganda that is spewed out from the deep state of Wall Street.