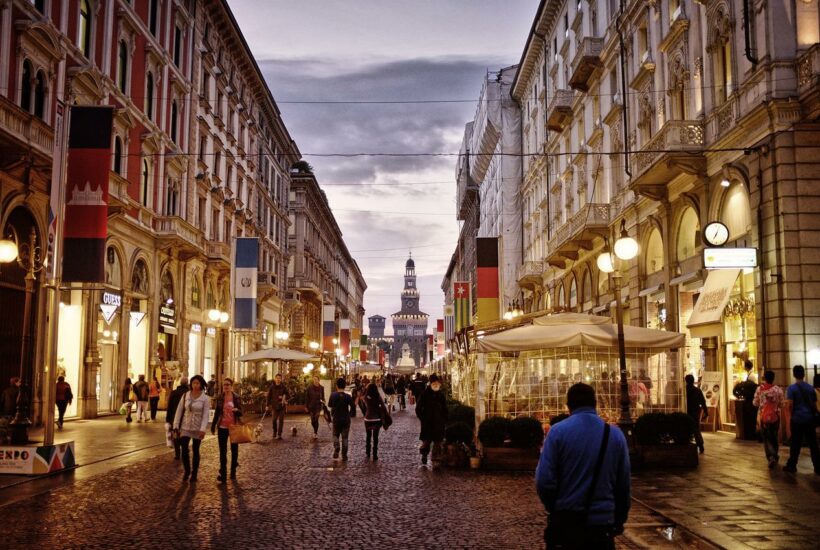 That real estate sales in Milan had rebounded without even waiting for the end of the Coronavirus health crisis was already a well-known and well-documented fact.

At the moment, however, the “Report on residential real estate above one million euros” produced by Reopla, a company part of the Sprengnetter Group that specializes in the creation of innovative software for the real estate sector, with a particular focus on Big Data Analysis and AVMs (Automated Valuation Models), says transactions, in Milan are strong, even as far as luxury properties are concerned.

Read more about the real estate market in Italy and find the most important business news in the world with the Born2Invest mobile app.

Where do million-dollar real estate transactions end up?

Buying and selling over $1.07 million (€1 million) analyzed by Reopla is concentrated mainly in 5 regions: leading the way is Lombardy with 1,703 properties and 40.9% of total buying and selling; followed by Latium, which with 804 sales exceeds 19.3%, and Tuscany (588), which stands at 14.1%. Just off the podium, but among the regions where people spend the most to buy homes, are finally Campania (312) and Sardinia (268).

The ranking of the top 5 provinces follows that of the regions: in first place with 1,487 properties is Milan, where 35.7 percent of total purchases and sales take place. Rome is in second place with 776 properties (18.7% of the total), located mainly in the city’s historic center. Surprisingly, Lucca and its province with 376 properties (9 percent), which are 85.1 percent located in Forte dei Marmi, with a high presence in the Victory-Apuana area, downtown, and Imperial Rome. In addition, reports Reopla, a 7.4 percent of purchases and sales locally are between 5 and 10 million euros.

In Campania, there were 280 properties in this price category being bought and sold in the province of Naples, distributed mostly (78.6%) in the capital, particularly in the Chiaia, Posillipo, and S.Ferdinando districts. However, there is no lack of 11.4% of apartments above one million in Capri.

Closing the Top 5 is the Sardinian province of Sassari (244), with half of the properties (52.4%) in Arzachena, in the Porto Cervo area. The province stands out for the highest percentage of purchases and sales between $5.4 million and $10.7 million (€5 and €10 million), accounting for 14.7 percent at the provincial level, and for those above 10 million (6.5 percent).

Between 2020 and 2022, the highest purchase and sale, according to Reopla’s analysis, was concluded in Milan, in the Porta Venezia area, with a final price of $24 million (€22 million). This was followed by Olbia, in the province of Sassari, with a value of $16.6 million (€15.5 million). In Campania, a property in Santa Croce del Sannio in the province of Benevento was assigned for $9.2 million (€8.6 million), and an apartment in Forte dei Marmi in Tuscany for $7.7 million (€7.2 million). Also among the highest purchases and sales was one in the Piazza del Popolo area of Rome, worth $7.5 million (€7 million).

(Featured image by IgorSaveliev via Pixabay)