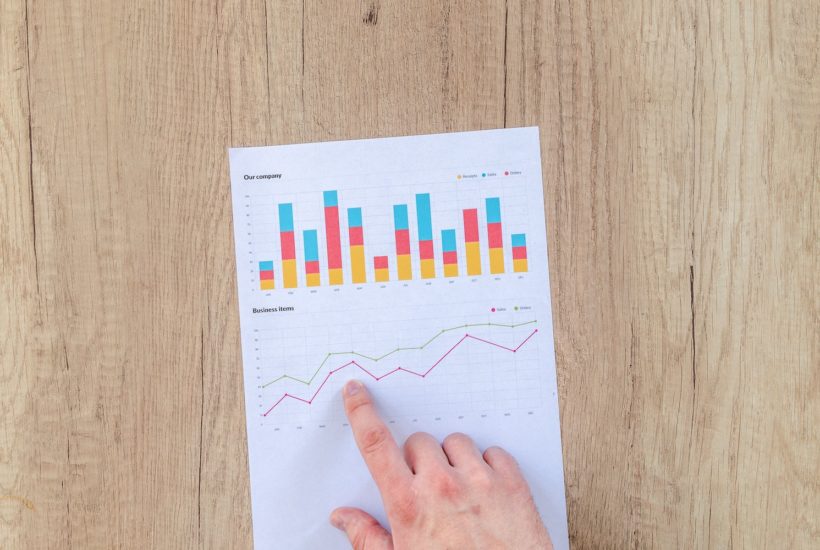 2019 was a record year for the UK fintech sector in terms of investment value. Fintechs collectively raised $4.9 billion in investment, which is $1.3 billion more than the previous year. The number of deals fell slightly, from 393 to 359. However the average deal value also rose sharply. The British results fit into a broader pattern of increased investment. The results are reflected in a study by Innovate Finance.

For more insight, details, and daily updates, download our Born2Invest mobile application to check and stay up to date with the latest business news in the fintech sector. Make better decisions on the go with the only app that brings you breaking finance news from all over the world.

Few people could have predicted that 2019 would be a record year for the British fintech sector, by far the largest in Europe. Despite the predictions of Brexit’s critics the London fintech world flourished like never before. During the year, there were already indications that things were not going badly at all. In April, for example, there was news of major job creation, and in the autumn it turned out that the demand for office space was also doing well.

A 38% increase in fintech sector investments

Companies and funds invested $4.9 billion, 38% more than in 2018. Remarkably, the number of deals decreased slightly. So somewhere very large deals must have been closed, and that’s right. Of the ten largest investments in Europe, seven were in British fintech. Corporate lenders top the tables with a capital injection of no less than $800 million. There is an honorable mention for OakNorth, which raked in $440 million. OakNorth is also active in corporate lending.

Such reports are undoubtedly grist to Prime Minister Boris Johnson’s mill and the Brexit camp. They can pull a long nose towards anyone who feared the lights would go out. However, several experts previously believed that London would remain the financial capital of Europe even after Brexit, depending to some extent on how hard or soft the divorce would be.

The exceptionally high concentration of talent and capital in a city with a very strong foundation ensured that self-confidence, as well as the use of English as a lingua franca. Regardless of the good results, in 2019 the UK was still in the European Union. The question is what the overview will look like in a few years time because since last Friday the Brexit is a cautious fact. Cautious, because there are still tough negotiations about the conditions.

The fintech sector in Europe generally continues to grow

Growth in the UK did not stand alone. As a region, Europe grew strongly. Germany, France, and Sweden, in particular, showed impressive growth rates. The German-based neo-bank N26 raised the second-largest amount of money with $470 million, closely followed by the Swedish Klarna with $460 million.

They are two of only three non-British companies in the top ten. Investments in the Dutch fintech sector also increased, which is an almost logical side-effect when the whole of Europe is growing strongly. The investment value rose from $66 million to $82 million. Like almost all other countries, the number of deals fell, from 24 to 22.

(Featured image by Lukas via Pexels)

First published in banken.nl, a third-party contributor translated and adapted the article from the original. In case of discrepancy, the original will prevail.