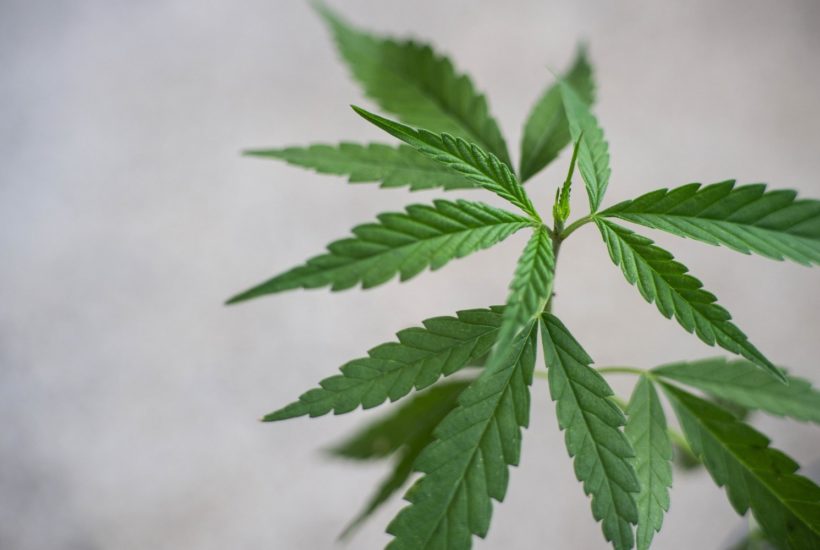 When Canada legalized cannabis a little over a year ago, many economic players were rubbing their hands together thinking they were getting a slice of the pie in what appeared to be a great business. The media dubbed this frenzy “green rush”, in reference to the color of cannabis.

Investors of all kinds seemed to want to take advantage of the legalization of recreational cannabis in order to make flourishing business. Even Snoop Dogg and the former chief of the Toronto police force were clamoring for a piece of this multi-billion dollar pie.

With decades of experience in energy commodity markets, Jonathan Rubin, CEO of New Leaf Data Services, saw the cannabis legalization in states such as Colorado and California in the United States (and later in Canada) as a unique opportunity to embark on the commercialization of a brand new product. This meant that, like the price of wheat or pork, the wholesale price of cannabis would fluctuate with the market. So, instead of investing in cannabis itself, Mr. Rubin launched “New Leaf” to track changes in the price of cannabis in states where it was legal.

Investors and other industry members pay for access to this real-time market price analysis service. This business model has given Mr. Rubin an interesting perspective on the evolution of the cannabis market. For him, the deployment was disappointing in Canada. “Investors did not experience the sales and earnings growth they had envisioned,” he said. “I don’t want to say it’s a failure, but there’s certainly frustration.”

Wholesale prices have dropped about 17% since New Leaf began tracking the data, maintaining tight profit margins for producers. Sales have also slowed, according to Statistics Canada. This has led to a rollercoaster effect on the stock prices of publicly-traded cannabis companies. In May 2018, the Canadian grower Canopy Growth made headlines when the company became the first cannabis company to join the New York Stock Exchange.

When cannabis became legal on October 17, 2018, there was insufficient supply to meet Canadian demand. Long line-ups and backlogs of online orders deterred consumers. Growers did not know about popular varieties, and distribution problems needed to be resolved. “We have tried to figure out which varieties we should grow, in what formats and in what quantities. We have done an excellent job, but we have not succeeded,” said Canopy’s president Rade Kovacevic.

A patchwork of provincial legislation has also made it more difficult to get products to consumers. While it is easy to buy cannabis in some places, in others, stores are scarce. This is particularly true in Ontario, Canada’s most populous province. Red tape and the capping of the number of cannabis outlets have slowed the start-up. Retail licenses were awarded by lottery, and the province maintained the number of retail licenses at 24 for a population of 14.5 million.

After a period in which demand was stronger than supply, the trend was reversed. Where there used to be a shortage, producers now have too much product, partly due to a lack of retail sales. In September, Canadians purchased 11,707 kilos of dried cannabis flowers in Canada. Growers had a total of about 165,000 kilos of finished and unfinished products ready for sale, more than enough to meet the demand for a whole year.

Kovacevic attributed much of his company’s woes to the lack of retail sales in Ontario. “I think the lack of continuity of outlets across the country has slowed the transition from the black market to the legal market,” he said. “It was a challenge.”

75% of cannabis users continue to use it illegally

Indeed, when the government announced its decision to legalize cannabis, one of its main desires was to reduce the black market. This currently looks like a failure, since the Canadian Institute of Statistics estimates that about 75% of cannabis users continue to use illegal cannabis.

“There’s a very strong resistance to legal stores in the sense that: it’s more expensive and there’s not enough of them. “They’re not close to the consumers, so they just deal with the local guy like they always have,” said Robin Ellis, co-founder of Toronto retailer The Friendly Stranger and a long-time campaigner for cannabis legalization.

There were only five retail stores open in Toronto (population of about three million) in 2019 and they were all concentrated in the downtown core, which meant that many people had to travel a long way to buy legal cannabis.

No explosion in demand

Perhaps one of the reasons why sales have been poor for growers is that, contrary to the fears of some health experts, the legalization of marijuana has not created an exponential demand. In 2019, the percentage of Canadians who used cannabis increased from 14% to about 17%.

Consumption accelerated in the group of older persons who preferred to purchase legal cannabis. While use among adolescents decreased or remained the same.

(Featured image by BiW99 via Pixabay)

First published in rtbf.be, a third-party contributor translated and adapted the article from the original. In case of discrepancy, the original will prevail.