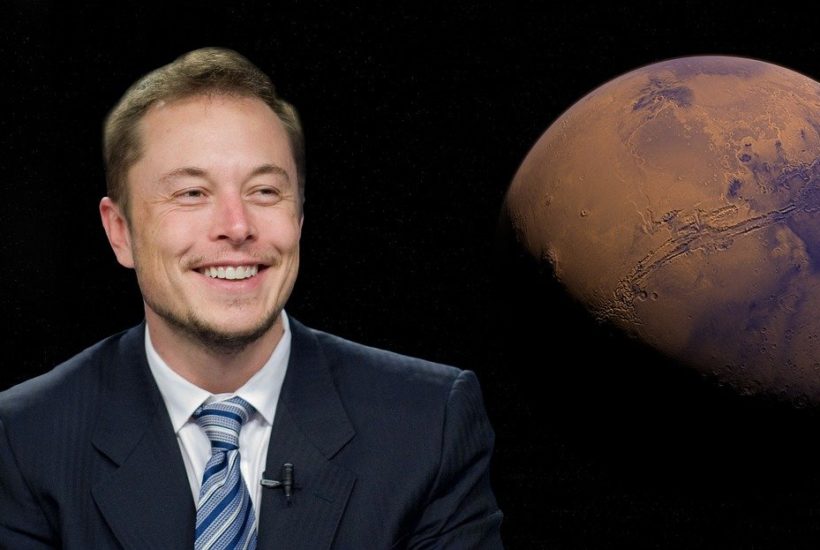 Elon Musk, as the head of Tesla, has been at the forefront of discussions about cryptocurrencies for months. Dogecoin (DOGE) is the declared personal favorite of Musk, who also calls himself Dogefather. Bitcoin (BTC), on the other hand, Musk initially made into an investment and accepted means of payment for Tesla, but then turned his back on BTC due to excessive energy hunger. Musk’s Twitter posts on cryptocurrencies are followed by millions, and so one comment from him attracted a lot of attention:

Ideally, he said, DOGE should change the protocol of its blockchain so that the block size is increased by a factor of 10, and so is the speed. To do this, Musk would like to see Dogecoin transaction fees lower by a factor of 100. By his own account, Musk is discussing these plans with leading developers for Dogecoin. But is what Musk is painting on the wall for DOGE even possible?

Find more about the disagreement on Dogecoin between Elon Musk and Vitalik Buterin, and be the first to find the latest financial news in the world with our companion app, Born2Invest.

Vitalik Buterin has taken the trouble to examine Musk’s ideas from a technological perspective. In a lengthy blog post, Buterin picks apart what Musk is promoting. Vitalik Buterin is the founder of Ethereum (ETH) and undisputedly one of the most brilliant minds on the crypto scene. If Musk gets serious about Dogecoin, Buterin says, the principle of decentralization will be abandoned. To this end, he cites several arguments:

Only a large number of full nodes (network points) protect the blockchain of cryptocurrencies, Buterin says. If there are only a few such points with the right and ability to release transactions behind a cryptocurrency, it is not stabilized by decentralization and protected from manipulation. That’s why it’s critical to design a blockchain’s protocol in a way that allows network participants with modest computing capabilities to run a full node.

But what Musk is promoting for Dogecoin automatically leaves out network participants with ordinary private equipment, according to Buterin. Larger blocks quickly push a node to its limits due to excessive memory and CPU power requirements. More speed also requires an Internet connection bandwidth that tends not to be available in private households.

Buterin concluded: “If Dogecoin were to actually perform the upgrade recommended by Musk using the Proof-of-Work (PoW) protocol, the result would be a highly centralized network. Such a network, however, would be very susceptible to attacks and manipulation, because individual nodes could quickly take over the majority of computing capacity. In short, Musk’s visions of DOGE would make the altcoin a plaything of individuals.

In terms of content, Elon Musk does not address Buterin’s arguments. Now, of course, one could criticize that Buterin also uses his essay to advertise the upcoming Ethereum 2.0. This wants to solve the well-known problems of the scalability of blockchains through the Proof-of-Stake protocol combined with sharding. However otherwise, Buterin explained in a comprehensible way why Musk’s wishes sound wonderful, but the bottom line is that they would turn Dogecoin into a centralized cryptocurrency. The so-called blockchain trilemma is well known in the crypto industry: Combining scalability, security and decentralization is the big challenge for future-proof blockchains. What Musk has in mind is to increase scalability to the detriment of the other cornerstones.

In the crypto sector, the public discord between the alpha types Musk and Buterin is likely to be accompanied by a growing appetite for popcorn. After all, neither likes criticism of themselves at all, and neither likes losing. The dispute can also be transferred to Dogecoin versus Ethereum. With technological background knowledge, however, it is clear for the moment: A Dogecoin that makes all other altcoins and Bitcoin look technologically pale is a dream that cannot come true from the current state at DOGE. The severely limited scalability of DOGE, BTC, and other PoW-based cryptocurrencies cannot be solved without giving up decentralization.

SEE ALSO  Bitcoin and the CNBC Pump: Is BTC the new gold?