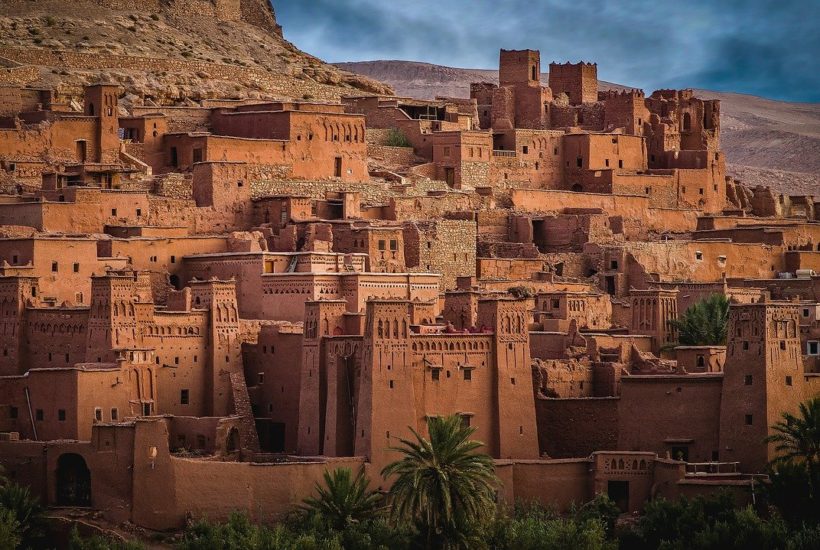 Morocco’s legalization of cannabis for medical use, including strict controls on supply and demand, as well as the industrial use of hemp, last July has gone viral. Indeed, the Rif Mountains are known to be the world’s leading illicit producer of the plant, with 47,500 hectares cultivated in 2018 – and production often seized by European authorities.

Read more about the decriminalization of cannabis in Morocco and find the latest hemp news in the world with the Hemp.im mobile app.

Far from being the only major country of traditional cannabis production, whose origins lie in the confines of Central and South Asia, Morocco is choosing the pragmatic path of a more balanced response to the cultivation of the plant, attempting to reduce the nuisance of traffickers and develop a legally and financially protective sector for the farmers of the Rif.

This legalization, one of the last major projects of the outgoing government, is the result of a decade of advocacy by farmers’ and peasants’ associations, human rights and public health NGOs, researchers and lawyers, and elected officials in the Rif. A few weeks after the promulgation of the law, the long-awaited report of the Special Commission on the Development Model (CSMD), a new framework for the deployment of future legal norms in Morocco, also recommended this same legalization for medical and industrial use in order to enhance this economic sector and protect farmers.

In a long-term vision, the CSMD also recommends a form of decriminalization of personal recreational use, moving from prison sentences to civil and administrative penalties while strengthening preventive measures. Above all, it recommends a paradigm shift from a deterrent approach based on repression to one based on rehabilitation through support for Moroccan youth. This position, which seemed revolutionary just a few months ago, is in fact fair, pragmatic, and anchored in the local political, social and cultural environment. Above all, it is aligned with international law and global best practices.

In 2001, Prime Minister António Guterres’ Portugal adopted a de facto decriminalization model, creating dissuasion commissions where consumers could receive a financial penalty for occasional use, or have a first contact with health services in case of problematic use. The latter has decreased significantly thanks to this model, which has reduced prison overcrowding, thus giving Portugal worldwide prestige.

At the end of 2018, the same António Guterres, who became secretary-general of the United Nations, had the entire UN system adopted through its thirty entities – including offices: UNODC [United Nations Office on Drugs and Crime], OHCHR [Office of the United Nations High Commissioner for Human Rights], funds: UNICEF [United Nations Children’s Fund], programs: UNAIDS [Joint United Nations Programme on HIV/AIDS] and specialized agencies: WHO, IMF – a common position on issues related to illegal drugs. In order to combat this market, this position clearly recommends that national governments decriminalize the use and personal consumption of drugs, and focus their efforts on organized crime.

If this decriminalization is possible under the three international drug control conventions, it becomes necessary to reduce the explosion of over-incarceration and overcrowding in prisons, which has increased by 8% overall since 2010. According to the latest data collected, of the 11 million people incarcerated worldwide, 2.5 million are for drug-related offenses and crimes, including 22% for simple drug use.

In Morocco, it is difficult to know the disaggregated data for possession of small quantities or consumption of illegal drugs or those related to cannabis alone, but it appears that offenses related to the possession and use of drugs remain the primary causes of incarceration, with overcrowding that can reach more than 240% in some prisons.

No evidence has been found to support the deterrent effect of criminalization in preventing consumption, dismantling illegal supply, and trafficking. Nor has there been any evidence of a disruptive effect on the illegal market run by organized crime. Decriminalization represents a risk reduction policy that allows for investments in prevention, education, and social integration. As the late Kofi Annan said, “the well-being of a young person is far more threatened by a drug-related criminal record than by casual drug use.

For the next government, which bases its action on the effectiveness of public policies, “removing prison sentences and implementing alternative penalties for the illicit use of cannabis,” as the CSMD rightly recommends, is not a challenge. It is a tool in the fight against drug trafficking, a way to protect youth and their interests, but also a way to protect impoverished and marginalized communities, and a step towards a new model of drug control based on the human rights of every citizen, regardless of their personal choices.

It is time for Morocco to become an inspiring model of effectiveness for the rest of Africa, as Portugal has been for the West for the past twenty years.

(Featured image by Walkerssk via Pixabay)