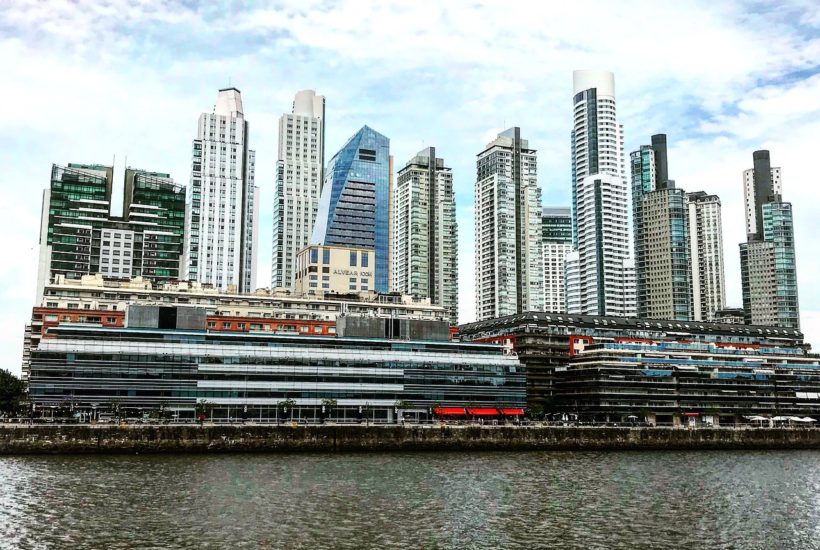 (Featured image by buecherjunge_dd via Pixabay)

In mid-August, Argentine President Alberto Fernandez gave a relaxed interview to Filo News in which he expressed his support for “opening the debate” to legalize recreational cannabis consumption in Argentina.

“My first temptation is to put an end to hypocrisy. Cannabis harms, tobacco kills, and alcohol degrade human being. If tobacco and alcohol are legal, why cannabis should be illegal,” said Fernandez. His most recent record backs him up. Under his government, the cultivation of up to six cannabis plants for medicinal use was legalized -for those who register- and a bill was sent to Congress to promote the industrial production of cannabis, its seeds, and derivatives.

Consequently, the electoral campaign for the primaries that will elect the candidates to renew seats in the National Congress and provincial parliaments had for the first time cannabis for recreational use among its main topics.
The Argentine government believes that with the new activity it can create some 10,000 jobs and earn around 50 million dollars a year, and this is its main motivation with respect to the plant.

The recreational use of cannabis is the only approach that has not yet been debated in the plenary of Congress, which on September 12th begins its electoral path to renew seats.

“After other achievements such as equal marriage, the gender identity law and some others related to immigration, I think that in terms of human rights this government has already made progress with the issue of abortion, and cannabis is now in the lead to be an issue to be addressed by the new composition of Congress,” Mariano Fusero, president of the non-governmental organization Reset (specialized in drug policy and human rights), told Sputnik.

A recent survey conducted among 64,000 people aged 16 to 92 living in the 24 national districts revealed that 84.2% of the total use cannabis recreationally

However, the Drug Law in force since 1989 punishes possession for personal consumption with prison sentences of between one month and two years, and up to 15 years if there is evidence of commerce.

Fusero warned that before all this it is necessary to achieve “a decriminalization of consumption, beyond the regulation of cannabis”, and pointed out that there is “some confusion in the political discourse.”

The strong national campaign that last year achieved the law of abortion, safe and free in Argentina from the streets also managed to put on the agenda of debates the claim for a human right so far censored, in a society with strong religious roots: the right to enjoy.

From this point of view, Alberto Fernandez, also a lawyer, understands that the current legal framework generates a deep imbalance between the legality of alcohol and the illegality of cannabis. On the other side of the fence stands the pre-candidate for national deputy for the City of Buenos Aires, María Eugenia Vidal, who in a recent interview also gave her opinion about the upcoming debate.

“It is one thing to smoke a joint in [the Buenos Aires neighborhood of] Palermo and another in [the slum] 1-11-14, with drug dealers offering you,” said the former governor of the province of Buenos Aires (east).

The difference made by Vidal between the sumptuous neighborhood and the shantytown, both located in the Argentine capital, earned her criticism from numerous sectors. Among them, one that points out that the consumption of a substance for pleasure is a guarantee that you only have in Palermo where, supposedly, there are no drug dealers to offer you.

For Fusero, “the historical campaigns against cannabis were crossed by strong anti-hedonist pressure. Many of these substances have the capacity to produce pleasure, and pleasure is also a human right, and it is the right to people’s health and wellbeing. It is not something we have to trivialize.”

He also believes that in regulation it is important to have a state present, a model similar to that of Uruguay, Canada, and some states in the United States -not all, “so as not to leave the issue in the hands of marketing and corporations at the international level that already exist and try to monopolize the large-scale trade of cannabis.”

“If we sustain that business and commercial logic we are going to have disvaluable results in terms of public health, especially in consumption rates and encourage use through strategies based on propaganda,” he added. In simpler words, “we do not have to repeat with cannabis the same history we suffered from alcohol and tobacco.”

(Featured image by buecherjunge_dd via Pixabay)

First published in SPUTNIK, a third-party contributor translated and adapted the article from the original. In case of discrepancy, the original will prevail.