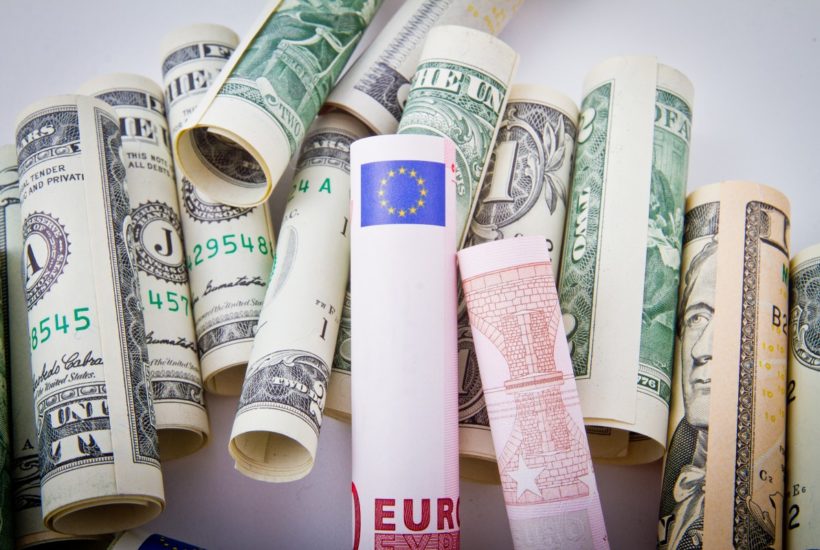 The world of fixed income trading has been extremely volatile lately. Rates have not only spiked in the Treasury market but borrowing costs in money markets have also become extremely disconcerting. The residual effects from Quantitative Tightening, which ended just this past July, are wreaking havoc on the liquidity in bond markets. Ironically, the Fed’s erstwhile rate hikes and its QT program—what Fed Chairs described as running in the background and like watching paint dry—turned out to be the catalyst for a freeze in the junk-bond market in December of 2018 and is now causing major disruption in the Repo market.

This illustrates clearly the tenuous nature of the bond bubble and that it will someday implode like a supernova—sending yields skyrocketing on a long-term basis. However, it most likely does not yet mark the start of the epoch debt bubble debacle that is in store. We will need a surge of inflation expectations, or the credit markets to shut down on a protracted basis for that to occur. We are moving closer to that eventuality every day.

Turning to Treasury market volatility, the perceived end to the trade war escalation and slightly better economic data was just part of the reason for the US 10-year Note yield to recently leap from 1.4%, all the way to 1.9% in a matter of a few trading days. But what served to push bond yields higher, was the huge increase of US debt issuance—the pace of which has been surging. The US fiscal deficit for 2019 breached over the $1-trillion-mark in August—with one month still left in this fiscal year. The total amount of red ink rose to $1.07 trillion thanks to the $214 billion deficit for August alone.

The deficit for all of last year was just shy of $780 billion. This year’s deficit is the largest since 2012 and is far greater than the $415 billion deficit which was posted in 2016. That was the year before Donald Trump took office and promised to pay off the national debt, which is now $22.5 trillion and 13% higher than when he took office.

This means we have added over $2.5 trillion to the national debt pile. Not only is that debt not paid off, but the pace we are adding to it is rising fast. It’s not just the government that is amassing debt; consumers added $23.3 billion in total debt for July alone, and corporations issued a record $150 billion worth of debt since September 1st.

All this debt is putting upward pressure on rates and inflation targeting are adding salt to the wound. Core Consumer Price Index (CPI) is now up 2.4% year over year and is well above the Fed’s asinine 2% inflation target. We have debt levels surging in both the public and private sector and yet interest rates are so low that in 1/3 of the developed world it actually costs you money if you want to lend your savings to the government. And, annual deficits in the US have officially eclipsed $1 trillion and are projected to grow even bigger as far as the eye can see.

This begs the question: if a 1% Fed Fund Rate (FFR) helped create the housing bubble that brought down the global financial system a decade ago, what could possibly go wrong with having a decade’s worth of ZIRP–and even NIRP—that have now created a triumvirate of record asset bubbles existing concurrently for the first time in history?

Over the past week the European Central Bank (ECB), the Fed, and the Bank of Japan (BOJ) met. What all three central banks have in common is they all are cutting interest rates at this time when borrowing costs are already at their lowest in history.

This is causing a massive amount of new debt to be taken on and at the same time, all three major central banks are in a panic to get inflation higher. Meanwhile, the tenuous and massive asset bubbles they have created are ready to implode.

The salient questions are whether their cuts will be done quickly enough to turn the economy around and if there is enough room to cut rates no matter how fast they come? The base case scenario is that central banks will fail to stem the gravitational forces of deflation until they resort to some form of helicopter money. Think Universal Basic Income (UBI) and Modern Monetary Theory (MMT). But how will we know if this is correct?

The Pento Portfolio Strategies’ Inflation/Deflation and Economic Cycle Model is not only designed to predict these outcomes by measuring changes in fiscal and monetary policies but also verifies these assumptions by monitoring the 20 model components that include yield curve dynamics, credit spreads and other market-based metrics. This includes the liquidity of money markets.

And speaking of money markets, the Repo market is not functioning normally at this time. People should be concerned about this because it is an early warning signal for a liquidity crisis; just like the signal, it sent back in 2007. The Repo market consists of overnight secured lending between banks. This rate is influenced by the Fed Funds Rate (FFR). The Fed’s target rate is now 1.75%—2.00%, yet the Effective Fed Funds Rate (the actual rate banks exchange their assets for cash) spiked above the high-end of the Feds target.

The spiking Repo rate for collateralized lending helped push the FFR up, which is unsecured borrowing between banks. This means there are certain financial organizations out there that are seriously hurting for cash. Otherwise, they would never need to pay 8% over the current borrowing rates targeted by the Fed.

The spike in the EFFR caused the fed to print nearly $300 billion to date and inject that liquidity it into the money markets to bring down rates. As of this writing, they have decided to continue these Repo operations thru October 10th. Overnight injections are temporary fixes, and the fed might soon realize that it needs to inject a form of more sustainable liquidity.

In other words, the Fed may return to QE and permanently start to increase its balance sheet once again, Jerome Powell even hinted at returning to QE in his September press conference. This is true despite the fact that it just ended the draining of its balance sheet in August. You remember the QT program; the one that was supposed to be on autopilot and would be like watching paint dry?

Despite the claims from virtually everyone on Wall Street, the spike in Repo and Fed Funds borrowing costs clearly shows that banks do not at all have the liquidity cushion that has been advertised. Banks are short of cash now. This caused Repo funding costs to spike to about 10%. So just imagine what is going to happen when the $5.4 trillion junk bond, BBB and Collateralized Loan Obligation (CLO) market becomes distressed!

As mentioned already, the last time this happened was in 2007. It coincided with the top of the stock market. It also presaged the collapse of the entire global financial system one year later.

Whether or not this follows the same pattern as the Great Recession is unknown at this point. But our model is built to map this cycle correctly and protect and profit from whatever occurs. Having a tested model is a far better strategy for investors than to be fully invested in a passively and blindly managed basket of stocks and bonds no matter what.