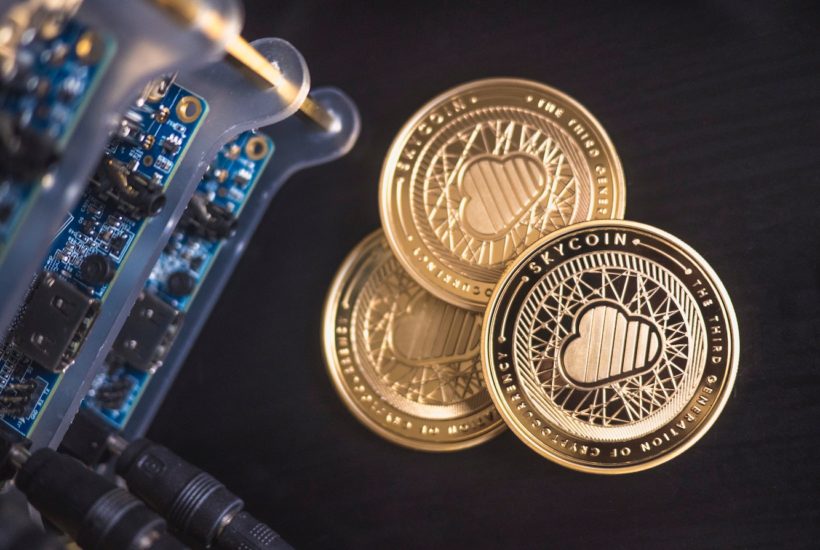 Bitcoin’s mining rewards halving, which is expected to occur in May 2020, has long monopolized discussions about the digital asset’s valuation and the profitability of cryptocurrency mining.

The first halving took place on November 28, 2012 with a price of $12.50. The second halving took place on July 9, 2016 with a price of $650. Now that many institutional investors have entered the crypto market, it will be exciting to observe how this impacts the 2020 halving and the upcoming event will possibly explain whether the previous Bitcoin price increases have been caused by the block reward halving, or if they were merely a coincidence.

The upcoming halving event will see block rewards for Bitcoin miners reduced from 12.5 BTC for every block mined to 6.25 BTC after the halving, meaning 50% fewer bitcoins will be generated every 10 minutes. This will also affect the supply of new coins that will come into circulation.

Crypto mining profitability is one of the topics to be discussed at the upcoming World Digital Mining Summit in Frankfurt. CoinDesk reports that more than 1,000 attendees with an audience of miner manufacturers, experienced miners, mining farm owners, mining pools, energy suppliers, OTC traders, institutional investors, turnkey solution providers, blockchain organizations, fintech companies, will participate in a debate over the issue.

Jihan Wu, co-founder and ex-CEO of Bitmain, has been pessimistic about a potential price surge post halving. Wu said “Maybe people speculate too much before the halving, and then you can’t sell the good news anymore. Maybe, this time a bullish cycle is not coming yet. During the first and second halving, people didn’t know what to expect, and during the second halving, the scaling debate complicated the situation. Now people are expecting it.”

“Even though the mining industry is investment-attractive and plays an important role in maintaining the health of blockchains, there are still several barriers in this area that cause inconveniences for most ordinary users. However, mining will regain its leading position in the cryptocurrency industry since the main benefit of mining is the ability to eliminate the monopoly on data by corporations who own massive data processing facilities.”

Furthermore, analyzing Bitcoin hashrate data shows that the computing power dedicated to the network has not been affected by the sudden price drop the digital asset experienced on Nov. 21. In fact, the hashrate allocation peaked to a second all-time high.

Block reward halving has been listed as one of the most important and expected events for miners as well. With the reward being reduced, profitability will be even further scrutinized, at least in the short term.

SEE ALSO  Will Lombok’s tourism recover from the recent earthquake?

It’s expected that ASICS will no longer be profitable for their owners. According to Genesis Mining CEO Marco Streng, the Antminer S9, which has been the most popular ASIC model manufactured by Bitmain, has exhausted its productivity limit and “a lot of miners are running on a margin of profit”.

The S9 and Canaan Creative’s Avalon A851 series are some of the most widely used mining equipment right now. Based on the mining pool F2Pool’s index, these older models have a profit margin of 50 percent at Bitcoin’s current price.

The inability of older miners with outdated equipment to generate profits will lead the industry towards further consolidation in order to remain profitable. Inefficient mining pools will be wiped out. Proof of this comes as currently smaller independent miners are accountable for less than 20 percent of the Bitcoin mining market.

All those infrastructures identified in the chart below are currently not profitable, so it’s pretty accurate to say that without a major upwards price appreciation they have to halt operations. Exceptions of course apply if the electricity cost is cheaper to the one indicated in the platform.
In previous market crashes, unprofitable mining machines dumped as scrap as the regional Chinese rainy season (when cheap electricity is guaranteed thanks to abundant hydropower) came to an end.

On the other hand, new mining equipment could offer high profit margins even with the current BTC market. Again, a more careful review in regard to the maintenance cost, security, insurance, regulatory risk, price volatility and repayment of the machines is required to determine if Bitcoin mining is profitable for individual and small scale miners who are unable to benefit from the economy of scale.

Crypto mining IPOs – the end of the Gold Rush era

Bitcoin mining giant Canaan Creative raised recently $90 million in its initial public offering, an impressive amount, but more than 75% less than expected. On Nov. 20 Bloomberg reported that Canaan sold 10,000,000 shares for $9 each.

Currently, the company is the second largest Bitcoin mining equipment manufacturer in the world. Despite this fact, Canaan has produced huge losses, with negative cash flows since 2018. According to their filing report, the company had a net loss of $48.2 million only during the first half of 2019.

It’s worth exploring why an IPO originally forecast to produce $400 million resulted in a $90 million fundraise. After failing to secure an IPO in Hong Kong last year, Canaan focused on fundraising in the U.S. For reasons that remain unknown Canaan lost support from its biggest bank, Credit Suisse, just last week. This is thought to be the reason for the significant reduction in the size of the IPO.

SEE ALSO  Look before You Leap: The Metaverse Is Serious Business

Regardless of the IPO result, Canaan is the first crypto mining giant to host an IPO and the poor trading results could be a signal of diminishing interest in cryptocurrency mining in general. Canaan’s competitors, Bitmain and Coinshares have also struggled with regulators and delayed their IPOs.

Similarly, Bitmain Technologies recently filed an application for an IPO with the United States Securities and Exchange Commission (SEC). According to an Oct. 30 report from Tencent News the EU’s leading Deutsche Bank is sponsoring the application. The amount that Bitmain intends to raise remains undisclosed and the SEC requires three rounds of inquiries with the last one expected to last approximately two months.

In early 2018 Bitmain attempted to file a controversial $3 billion IPO on the Hong Kong Stock Exchange in September 2018. Most recently, the mining giant opened the “world’s largest” facility for Bitcoin mining in Rockdale, Texas.

The UK-based CoinShares group has also been considering an IPO on the London Stock Exchange but intrusions from the UK watchdog put the plans on ice. As reported by CryptoBriefing, the company worries that regulators might deny their application for a public offering, on the grounds that their stock could provide retail investors with indirect exposure to digital assets.

It’s hard to determine if cryptocurrency mining is still profitable since this process is highly dependent on the cost of doing business. Despite this, one can observe that there is deep consolidation taking place within the market. This is making it nearly impossible for small scale and solo mining operations to sustain as profits are increasingly elusive. 2019 saw the advance of crowdsourced mining pools which increased their control of the Bitcoin network and as these enterprises continue to expand they will serve as direct competitors to the big mining corporations.