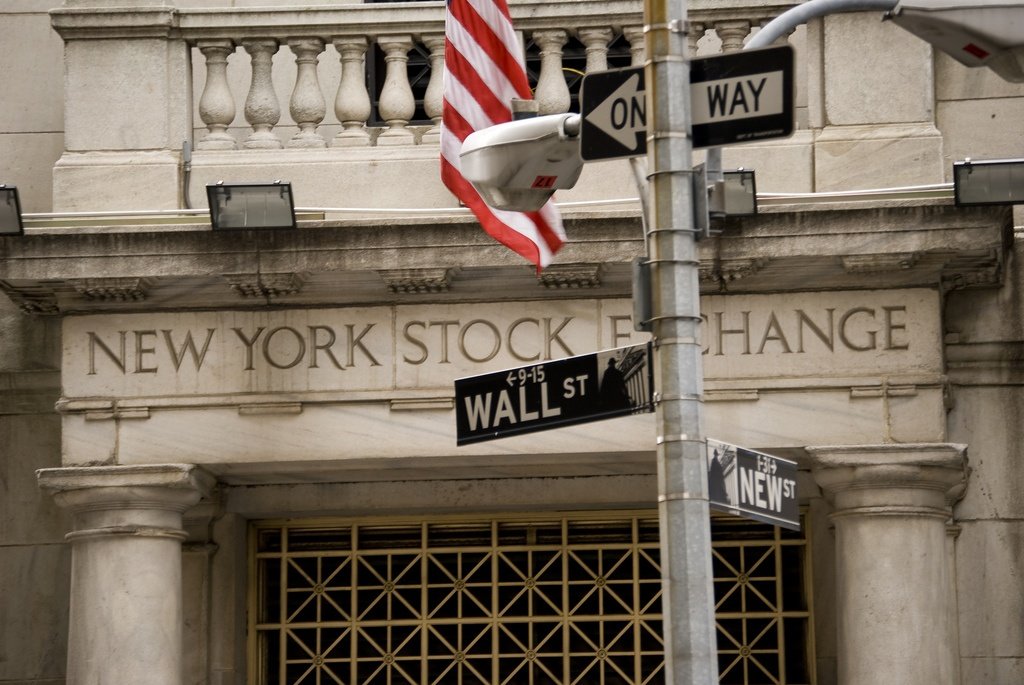 How much longer can this go on? I don’t know about you, but after four months of this, I’m getting bored with it. Reason tells me we’re closer to the end of this amazing string of new all-time highs than to its beginning. That plus the FOMC, after eight years of zero interest rates, is finally seeing the necessity of increasing their Fed Funds Rate. Now that Donald Trump is president, it seems the dudes making “monetary policy” now feel an obligation of popping the bubble they’ve inflated in the stock and bond markets.

Those policy dudes always make it sound as if they’re above politics. That “monetary policy” is always driven by economic data. But that’s ridiculous. Obama is a commie-community organizer from the South Side of Chicago, the part of town that’s now seeing a blood bath of gang violence. That’s something the guys at the top of the economic food chain could respect. Trump, on the other hand, wants the prosperity of the 1950s to be restored to America’s middle class, and that’s something they cannot allow.

The “policy makers” kept their Fed Funds at near zero for the entirety of the Obama Administration – eight years. We can be sure that isn’t going to happen during the Trump Administration. They won’t come out and publicly admit it, but the FOMC has finally found the motivation to once again invert the yield curve by increasing their Fed Funds Rate above the yield of the US Long Bond, knowing full well the bearish consequences of doing so. I know it has to be done sometime. But the FOMC’s timing of popping this bubble is off by about six years.

My readers will not want to own stocks or bonds when that happens! And we may see the financial markets begin deflating before the yield curve actually inverts.

So, how are the banks doing? Like the Dow Jones, apparently since the November election, they can only do one thing – go up in valuation. Well, it’s about time. After having trillions of dollars “injected” into their balance sheets, the Federal Government altered accounting standards to maintain a fiction of solvency, and have every stock tout on Wall Street extol their virtues; should we be surprised these banks are finally going up?

But things are not right with the big banks. Former Fed Governor, Kevin M. Warsh retired from the Federal Reserve in March 2011. After five years at the Fed, he obviously felt the need to come clean, which he did in the May 2011 issue of Central Banking.

SEE ALSO  What to expect as quantitative tightening continues

This quote is six years old. However if anything, things for the big banks have become worse with the passage of time. The people managing these financial institutions are predators who have good reason to believe they’re above the law, and they act accordingly.

Here’s the chart for the Retailers. They’ve been one of the best performing groups since 1989. But this amazing growth has gone hand in hand with the expansion of consumer debt. If the number of ads I see on the television for attorneys specializing in personal bankruptcy is any indication, as a class, consumers in 2017 are in trouble. The retailers won’t be far behind.

That’s not to say the precious metals miners haven’t had their days since January 2001. They’ve seen excellent advances that placed them near or at the top in the Dow Jones Total Market Groups, as we saw last year. But there has always been something preventing them from seeing the superb – long term advances most other groups in the DJTMG have enjoyed since 1989.

Take a look at how the gold miners performed in the aftermath of the NASDAQ High-Tech (2001-06) and sub-prime mortgage (2008-2011) bubbles. It was during these times the gold miners became a top performing stock group. Had Greenspan in 2000, and again with Doctor Bernanke in 2008 not practiced bear-market interruptus with their massive “injections of liquidity” and interest rate manipulations, the gold mining chart above would have a completely different appearance today in March 2017!

Fear not, the day is coming when rising bond yields and interest rates will once again do what they have always done; motivate capital to flee from deflating financial assets into gold, silver and their mining shares. The bear market in stocks and bonds coming our way is going to be historic, and for that reason, I expect so too will be the bull market in gold, silver and their miners.

Since the 1913 passage of the Federal Reserve Act, money has become political. Once the dollar was a metallic standard; a statutory defined weight of gold or silver. Paper money was a debt payable in gold or silver. But after the inflation of the 1920s went bust in the 1930s, all that was to change.

Instead of removing the Federal Reserve Notes circulating in the economy, and directing the Justice Department to prosecute members of the FOMC and their accomplices in the New York banking establishment, FDR, exactly like Obama seventy-six years later, bailed the bankers out at the expense of everyone else. Whereas Obama allowed the Federal Reserve to implement their quantitative easing programs, FDR in 1934 devalued the dollar from $20.67 to $35.00 an ounce of gold; an overnight 70% devaluation of the US dollar.

The sorry history of the US dollar from 1925 to today is on view in the following chart. The US Treasury gold reserves, in dollars (Red Plot) and paper dollars issued into circulation (CinC / Blue Plot) are plotted below.

Economists always claim that rising valuations in the financial markets are “economic growth.” No, it’s not. Bull markets on Wall Street are just as much inflationary events as is rising consumer price inflation. Whether the economy sees “growth” in asset valuations, or “inflation” in consumer prices depends on where the inflation seen below flows to – Wall Street or rent and food prices.

One thing is for sure; since 1925, monetary inflation flowing from the Federal Reserve System has been unrelenting.

Currently, there are 5,778.47 paper dollars in circulation for each ounce of US Treasury gold. 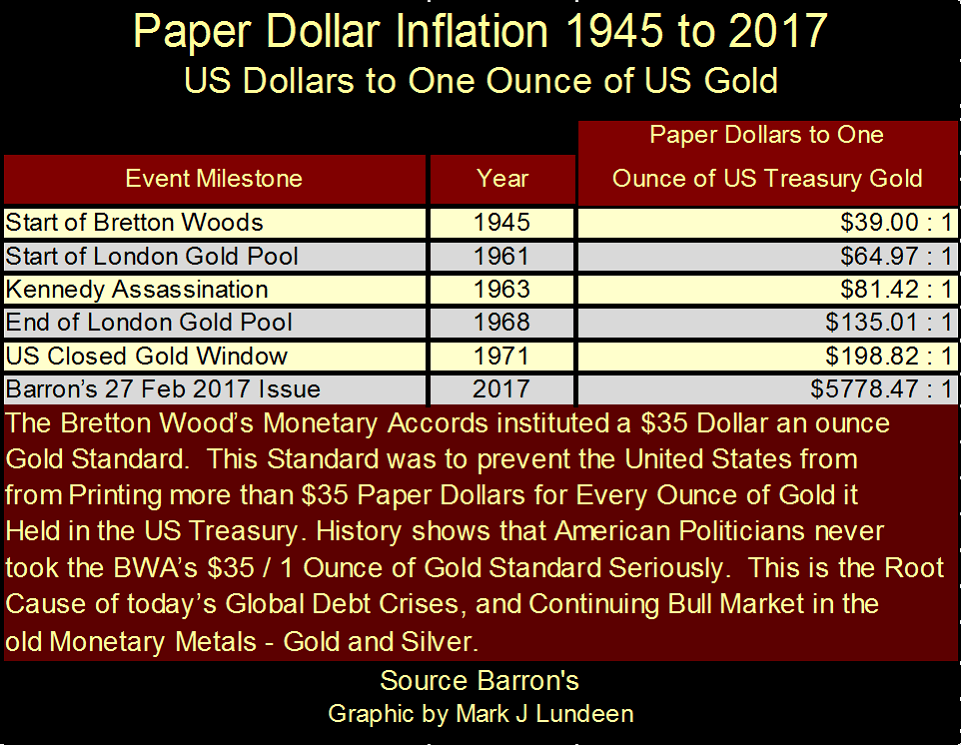 Only a few old geezers from the Baby-Boom Generation still squawk about this today. In the days to come, I’d be surprised if the Millennials (those born from 1977 to 1995) don’t receive a personal, one on one lesson on inflationary “monetary policy” by Mr. Bear in the coming years.