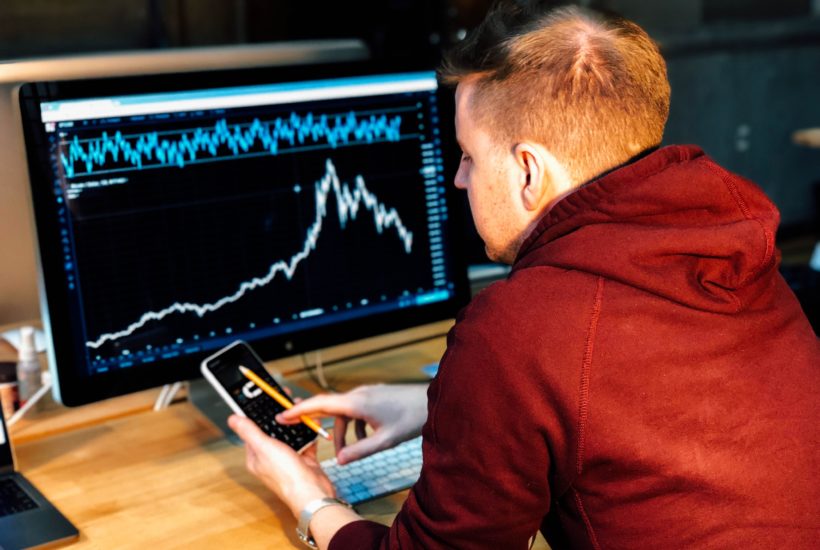 Many investors have been eagerly waiting for a correction in recent weeks. Is the price of Bitcoin now fulfilling this hope after all? The past week was marked by sell-offs. Where are now good entry opportunities and to where the price falls? To find out that, a look at the weekly, daily, and 4-hour timeframe is necessary.

If you want to find more details about the price of Bitcoin, download for free the Born2Invest mobile app. Our companion app brings you the latest financial headlines in the world so you can stay informed.

Bitcoin’s price in the week continues to be bullish!

As paradoxical as it may sound after this week, in the weekly view, the price of Bitcoin is still in a stable uptrend. All scenarios above the zone between $32,288 and $31,112 are still bullish as of candlestick close.

An uptrend is defined by higher highs and higher lows. Only if this should change into lower highs and lower lows, one speaks of a downtrend. The correction may well extend to the zone between the weekly key level and the 0.5 Fibonacci retracements.

Bitcoin price with entries in sight!

Let’s look at the upward movement of the Bitcoin price since the last correction. If we take the Fibonacci retracement in the daily chart to hand again, the following possibilities arise. The price could turn upwards at the 0.5 Fibonacci. However, this is rather unlikely given the lack of a bottom or reversal formation.

The next downside target can be identified as the zone between the two Daily Keylevels and the Golden Pocket. The Golden Pocket describes the correction zone of the Fibonacci retracement between the 0.618 and 0.65 levels. This zone is considered a major retrace and is very often approached during corrections. We already pointed out this zone as an important support in our last report.

Even if Hodler is screaming for the end of the correction: it might not be over yet! The price of Bitcoin currently looks anything but bullish in the 4-hour chart. For a reversal, the market structure would have to change first. We would need higher highs and higher lows.

And then the question remains how high the price will rise. To the all time high or even above? There would be difficult hurdles to overcome for the Bitcoin price. However, as long as the downtrend continues, we look for short entries in the small time units.

As every week, the following applies: Trade in this market only with bearable possible losses! Have your risk in mind and look for good entries!