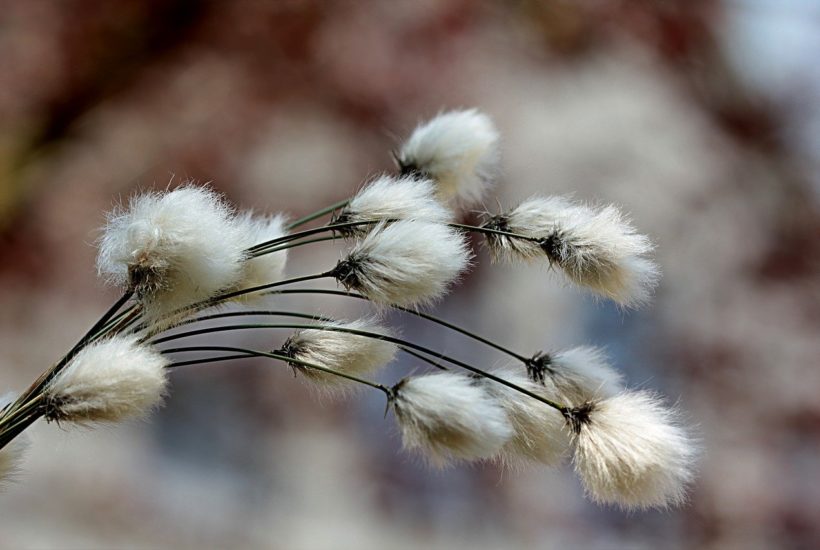 Wheat: Wheat markets were higher. Mostly dry conditions are in the forecast for this week in western Texas.  Minneapolis was higher as dry conditions remain in the northern Great Plains and Canadian Prairies.  Precipitation is expected in western areas but eastern areas should stay dry. Wheat remains a weather market, but the demand side has been weak. The weather remains too dry and is cool in the northern Great Plains and in the Canadian Prairies and farmers have planted into dry and cold soils. The Great Plains should stay mostly dry or get scattered showers but some big rains are forecast for the southern Midwest over the next few days. Demand remains disappointing but the production might not be there for better demand in the coming year. Corn prices are high so demand for feed wheat could increase.

Corn: Corn closed higher as the market demonstrated more concern about the Safrinha crop production in Brazil.  The weekly export sales report released last Thursday was called poor. Western sections of the Midwest got crops planted with speed, but eastern areas were slower. Emergence has been slow due to cold temperatures. Temperatures will be cooler this week and there will be precipitation to keep farmers from the fields. Overall planting conditions should be fairly good over the next week.  There are also concerns about the production potential for the Safrinha crop in Brazil as growing areas have been warm and dry and look to stay that way longer term. Reports indicate that crops are being stressed due to the lack of rain.  It is drier in central and parts of northern Brazil, and farmers have finally harvested the Soybeans area and planted the Winter Corn. The Winter Corn crop progress is well behind normal and it has been dry in major growing areas. There are worries that US Corn is priced out of the world market as US Corn is the highest price of any offering nation, but the lack of product4ion of the second crop in Brazil should mean stronger demand for US Corn.  Demand for US Corn has been coming at a stronger pace than estimated by USDA and it looks like US ending stocks can be significantly less than current projections by the end of the year.

Soybeans and Soybean Meal: Soybeans and Soybean Meal were higher while Soybean Oil lost ground.  The rally has been led by demand amid a very tight stocks situation here in the US.  The weekly export sales report showed less demand, but still more than the trade expected.  There is still crush demand and export demand even though the demand is less now than before and the market thinks the US is going to run out of Soybeans unless demand can be rationed with high prices.  Some of that rationing is going on as US prices are much above offers from South America.  The US does not have a lot of Soybeans in the country anymore as most producers have already sold.  Buyers are scrambling for what is left.  Brazil is rapidly exporting Soybeans.  Harvest activities are done now.

Rice: Rice prices were higher and closed on a strong note. The cash market is working through PL-480 tenders for milled Rice. Texas and Louisiana are almost out of Rice, but there is Rice available in the other states, especially Arkansas. Asian and Mercosur markets were steady to lower last week. New crop months were a little higher but July was the real mover. New crop Rice is almost completely planted in Texas and in Louisiana. Mississippi and Arkansas are actively planting around the rains.

Palm Oil and Vegetable Oils: Palm Oil was higher for the week on good demand and worries about supplies inside Malaysia. Supplies in Indonesia are likely to increase this year according to the government there.  The private sources showed that export demand is running ahead of last month so far this month, but the market fears the loss of Indian demand due to the big Coronavirus outbreak there. Ideas of tight supplies are still around but MPOB did show higher than expected ending stocks in its March data. Canola was higher on ideas of tight supplies combined with a drought in the Canadian Prairies. There was some rain and snow in eastern growing areas to improve the situation. Worries about South American production are supporting both markets as is cold and dry weather in the Prairies. Demand is thought to be great with crush margins favoring a lot of production of vegetable oils to feed the demand. The demand for biofuels is about to increase and is one reason to see much stronger Soybean Oil and Canola prices.

Cotton: Futures were higher for the week with support coming from dry weather in Texas and resistance from weaker demand as seen in the weekly export sales report. The demand for US Cotton in the export market was weaker last week, but has been strong even with the Coronavirus causing disruptions at the retail level around the world. The US stock market has been generally firm to help support ideas of a better economy here and potentially increased demand for Cotton products. It is dry in western and southern Texas. Some showers are reported in western areas to help there, but it is still dry overall.

Frozen Concentrated Orange Juice and Citrus: FCOJ closed higher after making new lows for the move last week. The price action suggests that prices might have gotten too cheap. The weather in Florida is good with a few showers or dry weather to promote good tree health and fruit formation. The hurricane season is coming and a big storm could threaten trees and fruit. That is still a couple of months away. It is dry in Brazil and crop conditions are called good even with drier than normal soils.  Stress to trees could return if the dry weather continues as is in the forecast.  Mexican crop conditions in central and southern areas are called good with rains, but earlier dry weather might have hurt production. It is dry in northern and western Mexican growing areas.

Coffee: New York and London were higher with the current and future Brazil weather in focus. Fears of dry weather impacting Brazil’s production continued. It remains generally dry there and there are no forecasts for any significant rains in Coffee areas. It was dry at the flowering time as well. It is also the off-year in the two-year production cycle.  Production conditions elsewhere in Latin America are mixed with good conditions reported in northern South America and improved conditions reported in Central America. Conditions are reported to be generally good in Asia and Africa.

SEE ALSO  3 luxurious villas only the affluent traveler can rent

Sugar: New York was higher last week as the drought conditions continued in Brazil. London closed higher in sympathy with New York.  Fears of dry Brazilian weather continued. The primary growing region has been dry in Brazil with little or no rain in the forecast. Production has been hurt due to dry weather earlier in the year. The seasonal crush is off to a slow start and Sugar content of the cane is reduced in initial industry reports from the center-south of Brazil. India is exporting Sugar and is reported to have a big cane crop this year. Thailand is expecting improved production after drought-induced yield losses last year. The EU had big production problems last year but is expecting much better production this year.

Cocoa: New York and London closed higher. The harvests are over in West Africa.  Ports in West Africa have been filled with Cocoa. European demand has been slow as the quarterly grind data showed a 3% decrease from a year ago in grindings. This has been caused by less demand created by the pandemic. Asian demand improved. North American data showed improved demand.  But, the supplies are there for any increased demand.

(Featured image by Oldiefan via Pixabay)