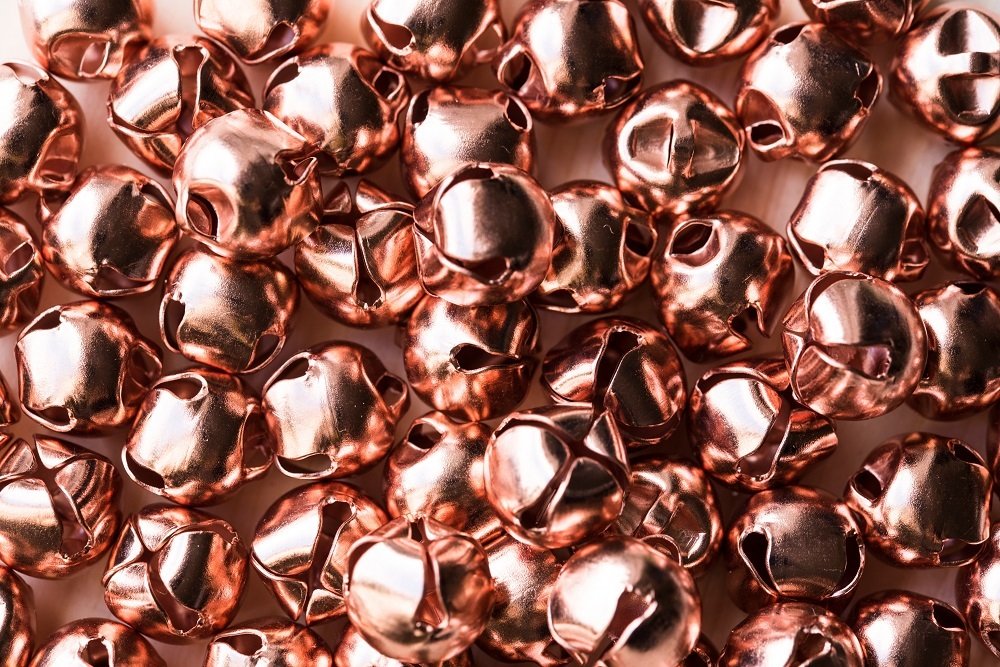 Visualize the Scene, a Man in the Open Seas & Struggling. His fate is inevitable and the only uncertainty is whether he dies by drowning or is taken out by the increasing number of sharks that are circling. In the scheme of things, it is immaterial, nature will take its course. He spies a small swimmer moving confidently past and he declares “if I can stand on his shoulders I will be saved”. That insanity, in a nutshell, is the position that the LME finds itself in if Andy Home’s article is accurate.

The LME has found itself in an invidious position – through a combination of greed and mindlessness, it sold out to an Asian exchange, who on their side clearly did not understand what they were buying – and they massively overpaid … to the enrichment of a modest few. Generosity towards either side is hard to engender. The HKeX are now trying to milk the LME vigorously to recoup a dividend, but are unable to do so because the members are in revolt over higher fees – and correspondingly volumes are in sharp decline (but rising in Asia). The CEO has gone and the exchange is vulnerable. Meanwhile, new alternatives are springing up. The sharks smell blood.

The idea that the LME might be saved by moving into precious metals has no merit. And if it did, it would merely pass our market into the willing hands of the Asians. In short, the LME are exporting their cancer.

You perhaps get my position – and to be clear – I don’t speak on behalf of the LBMA, I have no authority to … just on behalf of members who are proud to work in a world-class, British institution – the gold market. That companies might pass into foreign ownership is just the natural course of business – indeed I have done so myself – but to allow the core, the center of the market whether it is the LME, the LBMA or come to that the LSE – to be sold to a rival nation is complete madness.

Well the LME launches yet another foray in precious metals in June and perhaps it will have more success after numerous failed attempts over the years. Ordinarily one might think they would be cautious over the reputation damage in launching another failed contract but drowning men aren’t choosers. The notion that precious metals would migrate towards an institution that has got itself into uncharted territory does not fill me with confidence. And if they were successful … who’s interest would be being served… ???

This is worth a good look as it covers the global world of gold. I’d like to share with you Grant Williams on gold. Enjoy his work.

Special thanks to James Anderson.

Hedge fund manager David Einhorn is betting on declines in government debt and a rebound in gold to guard against the risk of inflation under President Donald Trump. “We made several changes to the macro portfolio in response to the election,” Einhorn said Thursday in a conference call discussing results for Greenlight Capital Re Ltd., the Cayman Islands-based reinsure where he is chairman. “It was various long positions in sovereign fixed income that we eliminated. We added some additional shorts in sovereign fixed income, and we added to our long equity exposure.” He didn’t specify which nations’ debt he was betting against. Einhorn is seeking to extend a rally in the investment portfolio.

Investors in the largest exchange-traded fund backed by gold have bought more than 40 metric tons this month, helping to boost prices 6.8 percent this year to $1,236.86 an ounce. There were seasonal gains in the run-up to Lunar New Year in January when the Chinese typically purchase gold as gifts. “It almost looks as if there’s a big fund manager getting into the market,” said Bernard Dahdah, one of the London Bullion Market Association’s most accurate forecasters. “We won’t know who that is until next quarter.” At least one such manager has gone public. Billionaire Stan Druckenmiller said this month he was a buyer in December and January because of the lack of clarity on U.S. government policy.

A new study suggests a rise in zinc and lead prices will increase silver supply, bring the price down precious metal byproduct of mining two base metals. A recently completed study by Capital Economics suggests that the increase in silver prices over the past several months will likely recede as the price of zinc and lead surges. Silver is a byproduct of zinc and lead mining, and as rising prices for those metals encourage their mining, the supply of silver will also increase.

Capital Economics projects a year-ending silver price for 2017 at $14.50 per troy ounce, a 20 percent reduction from current levels. The economic forecasting team predicts a year’s end price in 2018 at $17.50 per troy ounce.

Toyota sold more than 10 million vehicles last year placing it in a virtual tie with Volkswagen as the world’s number one automaker. Stricter pollution regulations around the world and intense competition mean that top priority for traditional car companies is to cut costs and reduce emissions. A new technology unveiled by Toyota on Wednesday is a win for the Japanese company on both counts. Toyota announced the availability of a new, smaller catalyst that uses 20% less precious metal in approximately 20% less volume while maintaining the same exhaust gas purification performance. Toyota’s “world’s first integrally-molded Flow Adjustable Design Cell (FLAD)” is not the first-time researchers have found innovative ways to reduce pricey platinum group metals in exhaust systems. But those technologies seldom make it all the way to the assembly line.

Copper drops a thousand points in a one day trigging a feeding frieze on sell stops in the futures market! The wild swings in copper this week demands a bit more coverage this week:

Copper prices zigzagged wildly when almost no one was trading/Mark Burton:

When copper went haywire late Monday evening in London, all but a few die-hard traders in China were asleep. The European workday was ending and Americans had a public holiday. For traders still watching their screens, the reason behind whipsawing moves in London copper was obvious: an algorithmic trading system had gone off the rails, said Guy Wolf, global head of market analytics at commodities brokerage Marex Spectron Group Ltd.

Funds cut bets on higher copper prices on Wednesday, driving the metal lower ahead of minutes from the Federal Reserve’s last meeting, which could boost expectations of higher U.S. interest rates and a stronger dollar.

A higher U.S. currency makes dollar-denominated metals such as copper more expensive for non-U.S. firms, potentially weakening demand, though nervousness about supplies from top producers Chile and Indonesia are expected to support prices. A government-mediated meeting between BHP Billiton and striking workers at its Escondida mine in Chile failed on Monday.

Escondida has said it will not hire temporary staff to replace striking workers for at least 30 days into the stoppages.

“It’s all about the disruptions in Chile and Indonesia, but we don’t think it will have a lasting impact, ” said Julius Baer analyst Carsten Menke. “The assumption is that the strike at Escondida will be contained duration wise.” In Indonesia, Freeport-McMoRan has warned it could take the government to arbitration and seek damages over a dispute that has halted operations at Grasberg.

Construction, engineering and materials stocks are underperforming the market on sudden concerns that in addition to tax reform and Obamacare repeal, another core aspect of Trump’s fiscal stimulus, Infrastructure spending, may be delayed by at least two years. As Kalex Advisors wrote in a note “Time for Plan B?” this morning, while no decisions have been made, Axios reports that the Trump is considering pushing off its call for Congress to pass an infrastructure bill until 2018, given the full slate of other top-tier items on Congress’s plate this year including healthcare and tax reform, Supreme Court fight, and potential debt ceiling/government shutdown battles.

Silver: James Anderson offered us his article: Should you buy Bullion Bars, Rounds, or Coins?

It’s a solid and short piece for an overview on silver. I hope it helps if you’re thinking about a purchase.

Prosecutors say a Maine man has been sentenced to 10 months in prison for selling counterfeit versions of dollar coins that were used in the U.S. more than 100 years ago. U.S. Attorney Thomas Delahanty says Mwashuma Sithole, 32, of Waterville started ordering counterfeit Morgan dollar coins in May 2014. Morgan dollars are a U.S. coin minted from 1878 to 1904 and again in 1921. Delahanty says Sithole’s ordered coins that were offered as counterfeits and made in China. The prosecutor says Sithole sold and pawned about $12,000 worth of counterfeit Morgan dollars in Maine. Authorities seized about 1,200 counterfeit Morgan coins belonging to Sithole after executing a search warrant. Sithole pleaded guilty to the charges. He was also sentenced to three years of supervised release.

India is set to reintroduce its outlawed 1000 rupee note, just three months after the government withdrew it as part of currency reforms. As local news resource, Indian Express reports, production of the new incarnation of the note has already started, although it is yet unclear when it will enter circulation. Production would have started in January, a senior government official told the paper, but “has been delayed due to the pressing need to supply Rs 500 notes.”

So, paper money is made of, well, paper – right? So, how can it survive for months and years in circulation and not fall apart when it gets wet? That’s because paper currency is actually made from a blend of linen and cotton. Those little red and blue lines that you see on the white areas of your paper money are silk fibers interwoven into the material!