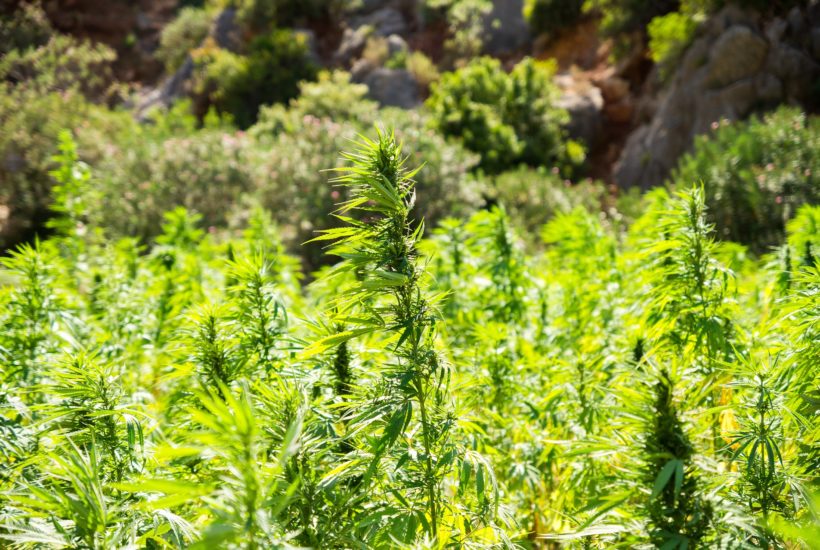 As of the beginning of the new year and the new decade, 11 states have legalized cannabis for recreational use, and 33 have legalized the same for medical use. While the drug is still considered illegal on a federal level and is classified as a Schedule 1 drug, many states are considering legalization in the coming year.

Which states have already legalized cannabis, which ones might sign that bill in 2020, and how can you keep up with the rapidly-changing cannabis industry?

Which states have already legalized cannabis?

First, which states have already legalized cannabis, including those whose cannabis laws went into effect on January 1, 2020?

As of the beginning of the year, there are 11 states that have legalized cannabis for recreational use. That includes Alaska, California, Colorado, Maine, Massachusetts, Michigan, Nevada, Oregon, Vermont, Washington, and the District of Columbia. Illinois is the latest to join this exclusive crowd, with their legislation going into effect at the beginning of the year.

In addition to these 11 states — which also allow medical use — 22 more have legalized it solely for medicinal use. This includes:

With two-thirds of the country already capable of accessing medical marijuana, which states are on track to legalize either for medical or recreational use in 2020?

There are more than a few states that are on track to either legalize cannabis for recreational use in the coming year or to get an initiative on the 2020 ballot for their citizens to vote on.

Arizona has already legalized medical cannabis and attempted to legalize it for recreational use in 2016, the ballot failing by a mere 3% margin, thanks to a painkiller maker that paid half a million dollars to keep the substance illegal in the state. State legislators are working toward getting it back on the ballot for 2020.

Arkansas is considering a constitutional amendment that would allow its existing medical dispensaries to sell cannabis products to adults for recreational use. This motion was filed in July 2020 and will be addressed later this year.

SEE ALSO  How a simple action list can improve productivity

Florida has a number of different groups working toward getting recreational cannabis use added to the 2020 ballot. Two groups are gathering the petitions necessary to get this bill added to the ballot, with the Feb 1st, 2020 deadline fast approaching. 2020 is looking like the year when Florida might legalize recreational cannabis. South Dakota is also expected to see bills on their 2020 ballot thanks to advocacy groups submitting the necessary petitions.

New Jersey, Pennsylvania, New Mexico, Montana, New York, North Dakota, and Virginia are all working toward legalizing cannabis in 2020 too, though we likely won’t see any definitive changes or declarations until November 2020 when state elections start. This brings the total to 11 states that might legalize cannabis in the coming year.

While two-thirds of the voting population is in favor of legalization, not everyone believes that it’s the best choice for their state or the country. Former Vice President Joe Biden, for example, believes that we should postpone or prevent legalization because there isn’t enough scientific evidence available to ensure that it’s safe. While he denied calling cannabis a ‘gateway drug,’ that level of concern could keep the substance from being legalized on a federal level for years to come.

In spite of the number of supporters, 69% of those polled still believe that marijuana could be a gateway drug to more dangerous substances, and such groups argue that this is why it should be kept illegal. Other arguments against legalization include the risk of impaired drivers, and the idea that the mere fact of legalization would encourage more people to use cannabis. Other arguments against rely on the fact that some of those polled believe drug use — regardless of substance — to be immoral.

For those in recovery from drug abuse, cannabis legalization presents a new and potentially dangerous temptation that could lead to relapse. When Colorado legalized cannabis for medical applications, the state had roughly 2,000 citizens who held medical cards. When they expanded legalization to include recreational cannabis use, that number exploded to an astonishing 150,000. Making marijuana more accessible will present a new challenge for those who are already working on recovering from substance abuse.

Keeping up with the cannabis industry

There are so many changes coming to the cannabis industry that it can be challenging for the average consumer to keep up with them all. If this is something that you’re concerned about — either because you’re looking forward to legalization or you don’t want cannabis legalized in your state — here are a few tips and tricks to help you stay ahead of all these changes.

There are a number of online tools that you can utilize to stay on top of industry and legalization changes. You may also wish to subscribe to your local state legislator’s newsletter so you can stay apprised of any changes they’re making and anything that might apply to you.

Get involved, as much as you can while protecting your mental health. In many cases, politicians will consult with their constituents in town hall-type situations, giving you the option to make your voice heard either in support or opposition of legalization in your state.

With 11 more states primed to legalize cannabis, depending on what the voters say in November, it’s important to stay abreast of all the changes that are on the horizon. Pay attention, get involved, and let’s see what happens during the next election.

(Featured image by chrisbeez from Pixabay)