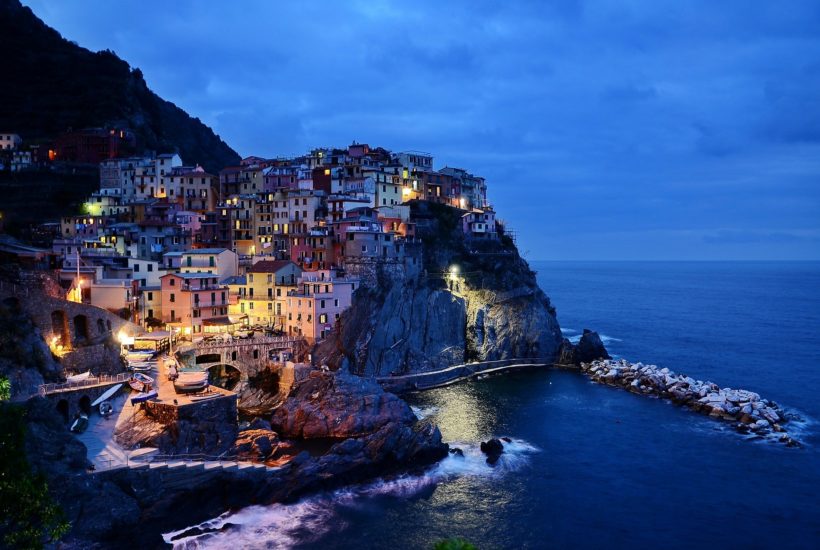 Cannabis can be purchased in special shops and grown at home, there are a number of large caveats. Although the legislation is very confusing, Italy is gradually opening up to the idea that cannabis can be, with significant restrictions, a less controversial product.

The latest CBD & Cannabis updates are now at your fingertips, with notifications and fresh information offered by our companion CBD News App. Stay up-to-date with marijuana stocks for investments, global market, cannabis legalization and more. CBD News is a mobile app that focuses exclusively on CBD (cannabidiol). It brings you the very latest news in the CBD industry.

Legalization? No. But decriminalization, yes. You can sell cannabis in stores, but not exactly as a legal drug. You can grow it at home, but only for personal use.  So, Is cannabis legal in Italy? With patience in hand, the Italians themselves are trying to understand what is new about cannabis, both in relation to its use and its marketing within the country.

With the current state of affairs, it is difficult to easily understand where the border between permitted and illegal cannabis lies. Especially if the exceptions are complex and, difficult to understand. The novelty these days is that the Supreme Court has confirmed, growing cannabis at home will no longer be a crime in Italy. Only the individual home grower will be able to benefit from cannabis growth. However, it will be a crime to give the slightest amount to anyone else, free of charge or for a fee.

Furthermore, anyone who attempts to achieve wider cultivation will also be subject to legal punishment. The key to interpretation, within the Italian Supreme Court’s ruling, lies in the concept of “rudimentary techniques”: thus, in order to be permitted, cannabis must first and foremost be home-grown.

Great legal change in the country

The turning point in the doctrine of the Italian Supreme Court focuses on how, for the first time, the judges have dissociated the idea that public health can be affected by the individual.

This is a major legal change, since until today the Italian Constitutional Court, for example, has stood firm on the position that, in any case, the cultivation of cannabis was always a crime, regardless of the quantities involved. Now, the decision of the Supreme Transalpine Court, while respecting the opinion of the Constitutional Court, opening the way for the self-production of cannabis. As long as it is home-grown and in modest quantities.

The decision has become a political and ideological cause. One of the first to comment on the ruling was the leader of the opposition and head of the League, sovereign Matteo Salvini: “Drugs do harm, neither cultivation at home nor acquisition in a store.”

He also added: “The League will fight against drug trafficking always and everywhere,” assured the former Italian Minister of the Interior between June 2018 and September 2019. Senator Matteo Mantero of the 5 Star Movement (M5E), a majority member of the current government of Giuseppe Conte, assured “The Italian strangeness of a law that handed over the monopoly market of soft drugs to the mafia is coming to an end. Leftist Nicola Fratoianni of the Italian Left (II) party argued: “The truth is that sooner or later the use of cannabis will have to be legalized in Italy. What has happened in other countries shows us this.”

In addition to the controversy of the last few days, the confusing situation that cannabis light shops have been experiencing in recent weeks has been added. The truth is that in Italy it is very common, in the streets of any town, to see the presence of this type of shop. So: can you also buy cannabis, legally, in Italy? Not exactly.

Whoever enters a “cannabis light” store as a customer can buy this product but in a more discounted version. The key to understanding why it is legal to sell cannabis light is in the active ingredient of the well-known THC – tetrahydrocannabinol. If a traditional joint made from illegally purchased cannabis contains between 5 and 8% THC, cannabis light contains no more than 0.8%. This is similar to CBD regulations in other countries.

Just over a week ago, the legal framework for cannabis light shops had been at the center of political debate in Italy. It has been the Italian right-wing parties, for three months now in opposition, who have demonstrated against the decision of the Giuseppe Conte government to legislate on cannabis light. For two reasons: one of content and one of form.

The objection of content is linked to the ideological question, since currently no Italian conservative party, including Salvini’s League – which convinces 1 in 3 transalpine people – would not accept any reform that provides for minimal decriminalization. The formal question is that for many parliamentarians – among others, the president of the Senate, Maria Elisabetta Casellati – introducing changes in the area of cannabis light within the 2020 Budget Law was something “technically” improper considering the importance of the subject matter.

The truth is that, for the time being, CBD shops in Italy are operating within the framework of legality, which the Italian Government will soon be called upon to resolve in order that contains a maximum of 0.5% THC, but the legislation remains unclear and imprecise in this respect.

As recently reported by some Italian media “cannabis light cannot be considered a drug because a low THC cannot offer narcotic effects”. On the basis of technical or ideological issues, with or without decriminalization; Italians will have to wait to see their Parliament legislate on this matter. Until then the answer to the question “Is cannabis legal in Italy” will continue to be answered with a shrug and “not exactly”

(Featured image by Babelphotography via Pixabay)

DISCLAIMER: This article was written by a third party contributor and does not reflect the opinion of Hemp.im, its management, staff or its associates. Please review our disclaimer for more information.

First published in Publico, a third-party contributor translated and adapted the article from the original. In case of discrepancy, the original will prevail.

Although we made reasonable efforts to provide accurate translations, some parts may be incorrect. Hemp.im assumes no responsibility for errors, omissions or ambiguities in the translations provided on this website. Any person or entity relying on translated content does so at their own risk. Hemp.im is not responsible for losses caused by such reliance on the accuracy or reliability of translated information. If you wish to report an error or inaccuracy in the translation, we encourage you to contact us.