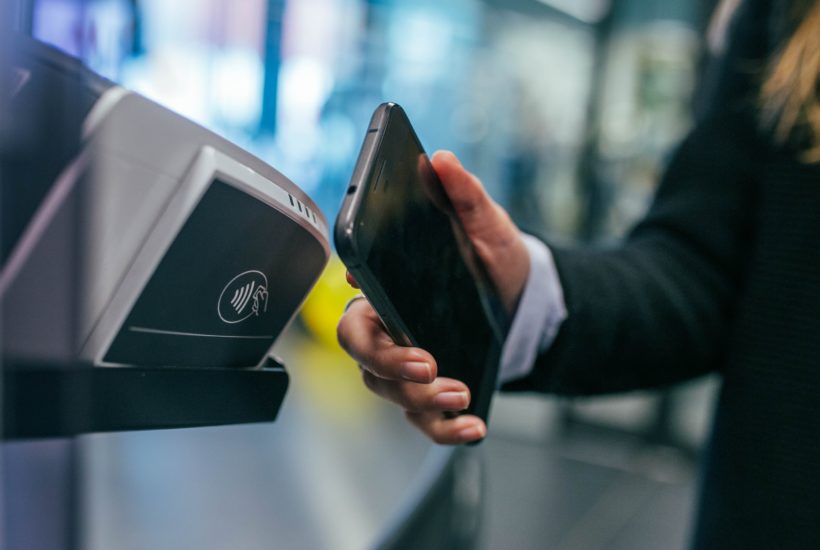 Some experts and industry analysts call it a “fintech revolution” — the transformation of financial services using of new technology. It may be a sign that the banking industry is ripe for disruption and new players.

Fintech startups seek to undercut existing financial institutions by leveraging tech to offer services that are more appealing to tech-savvy customers, as well as fewer fees and lower rates. The rise of these startups comes in the wake of the 2008 financial crisis, which has resulted in a relatively stagnant and conservative banking environment.

Major new developments in tech are already shaking up other industries. Now, fintech startups are bringing those disruptions to the banking industry.

Here are three fintech companies that are disrupting the banking industry right now.

Chime made news earlier this year when it secured an additional $200 million in funding in a round of investment led by DST Global.

Currently valued at $1.5 billion, this fintech startup differentiates itself from traditional banking services primarily by cutting out common fees. Chime’s website says its accounts require no minimum balance, leverage no overdraft fees and don’t charge for transfers. The service is built from the ground up to target cash-strapped millennials — both by relaxing the requirements needed to open and maintain a bank account and by providing a banking app that is simple to navigate and easy to use.

According to the startup, there are 3 million users currently registered with the service — up from 1 million accounts around this time last year. Chime is one of the most significant online banking services. It may signal a future pivot toward online banking that the industry will make as younger generations begin to open accounts.

SEE ALSO  Innovation in Healthcare Technology, Key to the Sustainability of the Healthcare System

Revolut, the digital banking app that has made major waves in the U.K. and Europe, is set to launch in the United States at the end of this year and begin issuing cards in a partnership with Mastercard.

The app seeks to undercut major banks by offering services — like local transfers and bank accounts — for less money than the competition, or even free. One of the biggest selling points of the app is its extraordinarily cheap foreign exchange rates.

The U.K.-based startup plans to make money by offering premium features to power-users, rather than by lending money.

While some experts were worried that the company might be slow to enter the market, 8 million users have already signed up for an account with the service.

Self-described as the good-guy alternative to payday loans, LendUp sells users, via its app, a payday loan with a small flat fee. People who pay promptly can then borrow more. It stages itself as an alternative to high-interest credit cards and predatory payday lenders, who sometimes charge between 500 and 700 percent in interest.

The startup did hit a minor road bump in 2016, when it was found to have misled customers on interest rates and how LendUp loans would affect their credit scores. However, it has continued to successfully collect investments, suggesting that the company didn’t lose much momentum.

Some fintech startups reward customers for activities like retail shopping, while others are looking for ways to undercut their traditional competitors.

These companies are using apps and techniques like lower — or nonexistent — fees on transfers and overdrafts, as well as not requiring a minimum balance. They are successfully securing customers from cash-strapped and tech-savvy younger generations, who may not have been well-served by traditional banking services.

Fintech may soon inspire a much larger pivot toward online banking — especially as the oldest members of Gen Z begin to graduate from college and open bank accounts of their own.