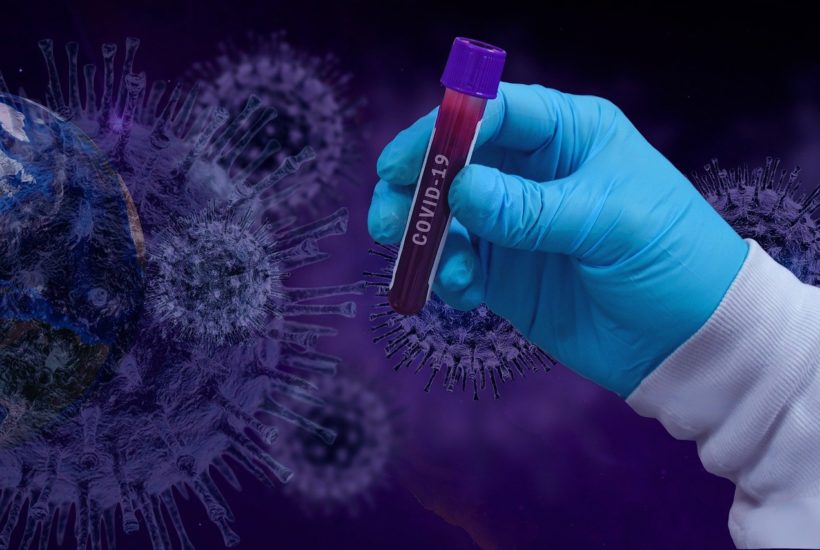 A study applying a new serological method developed by CSIC indicates that almost 25% of the population of Madrid had already been infected by SARS-CoV-2 in June 2020, so the prevalence of Covid-19 would be higher than originally thought. Researchers at the Centro de Astrobiología, a joint center of the CSIC and the Instituto Nacional de Técnica Aeroespacial (INTA), have developed this method that uses several SARS-CoV-2 proteins to detect antibodies.

Read more on the subject and find the most important economic news from around the world with our companion app, Born2Invest.

The study was conducted during April and May 2020 and its results are available in the journal Microbial Biotechnology. The method, called Scovam (from SARS COV-2 Antigen Microarray), is a fluorescence-based assay that allows simultaneous detection of IgM and IgG antibodies in a microdrop of blood serum. According to the CSIC, it is a method “with high sensitivity, quantitative, scalable and automatable” for the analysis of a large number of samples. In addition, it enables digital processing of all the information obtained.

The CSIC points out that one advantage of the Scovam method over other existing methods is that it uses several of the virus proteins to detect specific antibodies. Having several viral proteins as bait increases the probability of capturing the antibodies, which makes it more reliable.

In addition, this method allows the identification of antigenic patterns of the virus, since not all proteins stimulate antibody production with the same efficiency. This feature is especially important for vaccine tracking and monitoring, as it makes it possible to find out, in the same assay, with which viral protein the vaccine has been developed.

The new method can be implemented to simultaneously detect other relevant markers associated with the disease. These include factors that regulate inflammation and the immune response, such as cytokines.

Scovam was tested in a blinded assay with positive and negative serum samples, pre-pandemic and during the pandemic, tested by two commercial methods. Subsequently, the method was validated by testing 742 sera and compared with a widely used commercial chemiluminescence-based serological assay.

The new method showed almost twice the sensitivity of the commercial method. This was confirmed four months later, after analyzing the prevalence of a subgroup of 78 positive sera. Of these, 93% were still positive with Scovam, compared to 48% with the commercial method. Some sera had antibodies to only one of the virus proteins, which would explain the false negatives observed with other methods.

Data from the Covid-19 prevalence study suggest that a quarter of the population of Madrid could have been infected by this time. That is more than 1.5 million people

Similar results were obtained with another random set of 880 serum samples from the Madrid region, showing a 26% positive rate in June 2020. The study data suggest that about a quarter of Madrid’s population could be infected by then. That is more than 1.5 million people.

The seroprevalence of the group of 78 people in which the majority reported symptoms or covid-compatible PCR between March and April 2020, who showed high antibody concentrations in June 2020, has been monitored. Although antibody concentration is decreasing over time, more than 99% of this group maintained high IgG antibody levels at 7-8 months post infection. In addition, 95.6% were still positive at 11-12 months post-infection, showing concentrations similar to some vaccinated individuals.

Finally, Scovam is making it possible to track and monitor antibody production in people who have already been vaccinated. Initial results indicate that those who have had the disease respond with IgG antibody production five to 10 days after the first dose. In the case of people not previously exposed to the virus, the response is delayed up to 15-21 days, and sometimes up to a week after the second dose.

SEE ALSO  Should you buy the worst home in the best neighborhood?