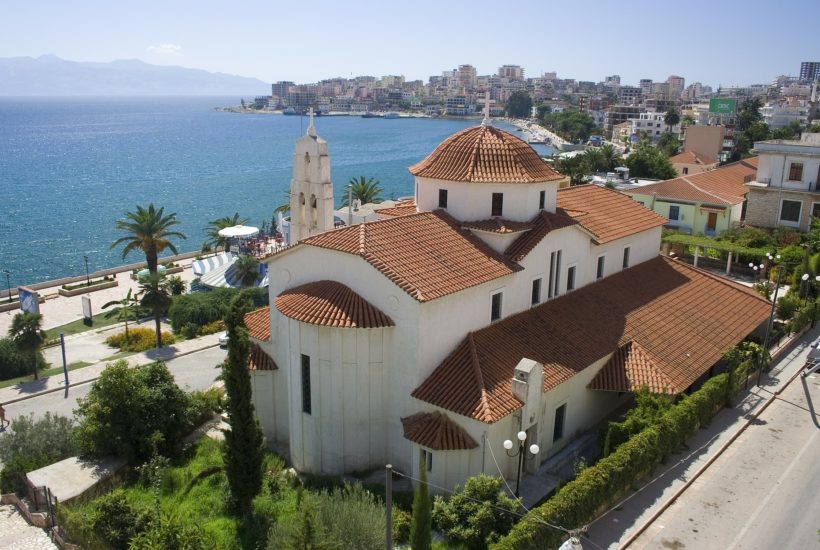 The world may not have an extensive general European culture, but all we seem to have left after years of republican schooling about Albania is: don’t go there. Generally speaking, this is what the Express website said about the country two years ago: “Mountainous and rural, Albania is one of the poorest countries in Europe. The high unemployment rate explains why it is also one of the countries with the highest emigration rates on the continent. Having emerged from the most closed communist regime in 1991, Albania lost part of its population after it was opened up.”

More recently, the same newspaper still informs that the situation has not improved. Since the fall of the dictatorship in 1991, the exodus has spread to a part of the population confronted with unemployment, poverty, corruption, and organized crime.

The latest diplomatic initiative to date was the then Minister of the Interior, Gérard Collomb, who went to Tirana, the capital of Albania, in 2017 to talk about immigration control.

If you want to find more about the possible legalization of cannabis in Albania, and to read the most important cannabis news, download the hemp.im mobile app.

An overview of the cannabis sector in Albania

The small country on the verge of underdevelopment, is one of the main producers and exporters of cannabis in Europe.

According to Reporterre, almost half of Albania’s GDP is derived from cannabis production. Furthermore, according to Europol and the American intelligence services, Albania is even number one by far.

To put it simply, if you were to take just one figure: 1/3 of Albania’s GDP would come from the illegal production of cannabis. For example, 1/3 of France’s GDP would imply an annual turnover of $972 billion (€900 billion) in the country. However, when it comes to illegal cannabis, the dimension can’t really be measured.

900 tons of cannabis a year are produced in Albania. To visualize the epic figure that this represents, take as a comparison, the total of Moroccan hashish produced for Europe which is around 350 tons per year according to the ODT. Albania would thus be made the first producer of illegal cannabis in the world. And this country is about to legalize ‘medical’ cannabis just like that.

Cannabis use, production or sale is prohibited in Albania

The use, production, transport and sale of cannabis are prohibited in Albania, but it has become the favorite sport of the criminal organizations that nowadays are involved in the drug trade. There is talk of entire villages dedicated to clandestine cultivation.

The closest neighbors have ended up being overwhelmed by successive waves of cannabis exports to their territory. Consequently, in 2016,  Italians had sent Carabinieri as reinforcements to help the Albanian government in its fight against cannabis. Reporterre reported at that time, the staggering sum of 2.5 million cannabis plants destroyed by the De Finanze Brigade.

However, by early 2017: “Europol and the U.S. State Department still refer to Albania as the ‘leading producer country in Europe’ according to Reporterre.

The Albanian Prime Minister was a basketball player, then a painter-sculptor, member of the Albanian socialist party, and at first became Minister of Culture. Edi Rama is perfectly French-speaking and lived in Paris for a few years. He recently said via the Thomson Reuters Foundation that: “Illegal culture is now completely under control. We are entering the third of four years of consolidation with this situation.”

A statement that was immediately contradicted by the Albanian General Prosecutor, Olsian Çela, who said in a report to parliament : “We have noticed an increase in narcotics in Kruja, Vlora, Gjirokastra and Shkodra. According to the analysis I conducted in the neighborhoods, I asked prosecutors to identify those who had not been identified. So the real problem is why we have growing trends.”

To close this chapter with a very revealing piece of information about the climate in this country: 64 members of an international Albanian criminal organization have just been arrested by Interpol. None of them have been arrested in Albania.

Medical cannabis to be soon legalized

No one knows anything about the bill to legalize medical cannabis yet. In brief terms, the Albanian Prime Minister spoke at a public meeting with the Ambassador of the European Parliament, Luigi Soreca.

Therefore, nothing is known about the Albanian ‘medical’ program, nor about the conditions of production or processing. Nothing either about the medical conditions that will be used for the delivery of prescriptions, the training of doctors, and so on.

Never before has the designation medical cannabis been so vague and perhaps who knows: overused?

In fact, the only information that was released by Rama was a more or less accurate story from Amnesty Taxation, which would accompany the measure. Perhaps to clear a certain number of now clandestine operators through customs. Clearly Albania has decided to legalize and tax medical cannabis. This legally opens the doors to the European market.

Given that operators will certainly emerge from the grey zone, not to say from the black market and dubious organizations. The Albanian government is simply proposing to amnesty what was not collected at the time of prohibition in order to tax it legally today.

First published in Le Cannabiste, a third-party contributor translated and adapted the article from the original. In case of discrepancy, the original will prevail.