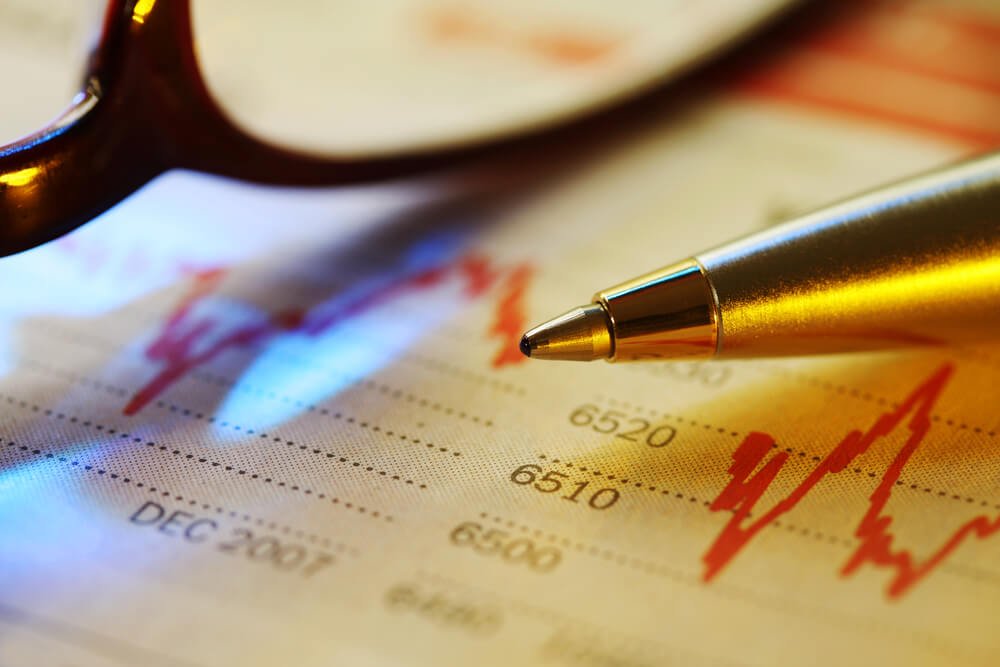 The perfect storm of zero percent interest rates that existed concurrently with a debt-disabled economy lured executives at major corporations into a decade-long stock buyback program. The Fed pumped money into the economy thru its various Quantitative Easing programs to force interest rates near zero percent, with the expectation corporations would borrow money at the lowest rates in history and then invest in their businesses in the form of Property Plant and Equipment (capital goods). This, in turn, would expand productivity and help foster a low-inflation and strong growth environment.

But many corporate executives found a much more enticing path to take in the form of EPS manipulation. That is, they boosted both their companies share price and, consequently, their own compensation, by simply buying back shares of their own stock.

For the most part, companies have used debt to finance these earnings-boosting share purchases. Stock buybacks have been at a record pace this year. 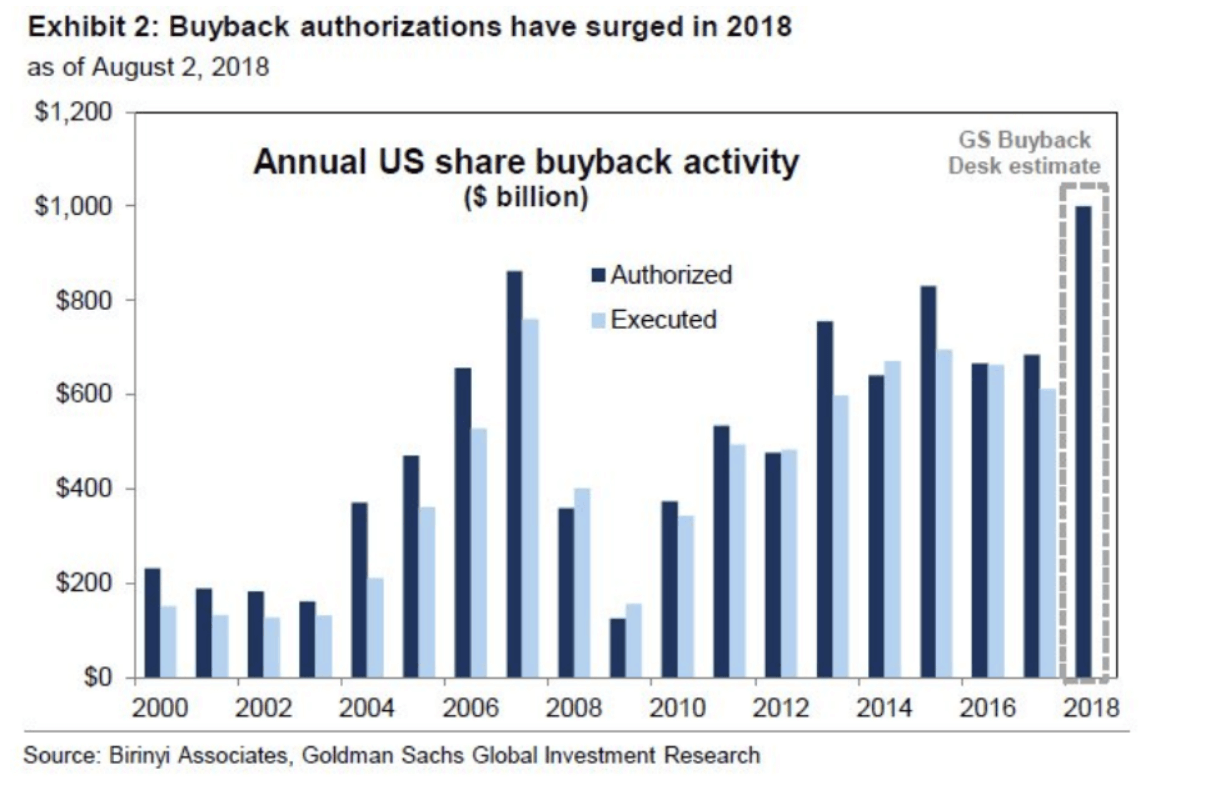 This is a short-term positive for shareholders because it bids up the stock price in the market; just as it also reduces the shares outstanding. This process boosts the EPS calculation and increases cash flows as fewer dividends are paid to outside shareholders. As a bonus, it also provides for a nice tax write-off.

Wall Street is easily fooled into thinking valuations are in line using the traditional PE ratio calculation. But this metric becomes hugely distorted by share repurchases that boost that EPS number. Other metrics that are not as easily manipulated, such as the price-to-sales ratio and the total market cap-to-GDP ratio, have been screaming the overvaluation of this market in record capacity.

Traditionally speaking, a company decides to buy back shares when they believe their stock is undervalued. But from 2008-2010—a time when stocks were trading at fire-sale prices, companies bought back very few shares. However, it was only after Wall Street became confident that the Fed’s printing presses were going to stay on for years that share purchases went into overdrive—even though the underlying economic growth was anemic.

The truth is the volume of debt-sponsored share buybacks over the past few years is putting many companies at an extreme level of risk. According to Bianco Research, 14 percent of S&P 500 companies must now issue new debt just to pay the interest on existing debt. In other words, these Zombie companies are actually Ponzi schemes that can only continue operations in a near zero-percent interest rate environment; and if the credit markets remain liquid. But, both of those conditions are rapidly moving in the wrong direction.

Share buybacks have a metric known as the Return on Investment or “ROI,” which tracks post-buyback stock prices to measure the effectiveness of corporate repurchases. The fact is that corporate executives have a miserable track record when it comes to their ROI on share repurchase programs.

One such example of this is Chipotle. According to Fortune Magazine, the company spent heavily on share repurchases in the first quarter of 2016, at the height of their E. coli scare. Subsequently, these shares have crashed, giving the company an ROI of minus 23 percent.

Then there is General Electric. Between 2015 and 2017, GE repurchased $40 billion of shares at prices between $20 and $32—its share price sits around $6 today. The company has destroyed about $30 billion of shareholders’ money. It lost more on its share repurchase programs during those three years than it made in operations—and by a substantial margin. But GE is just one of several hundred big companies who have thrown good money away on bad share buybacks.

Big Tech icons Apple, Alphabet, Cisco, Microsoft, and Oracle, have bought back $115 billion of stock in the first three quarters of 2018. But now these share prices are headed down. In fact, IBM has lost 20 percent of its value this year alone. The company bought back $50 billion of its stock between 2011 and 2016 and ended the second quarter with $11.9 billion of cash on hand, but its debt totaled $45.5 billion. In other words, these companies are destroying their balance sheets for a short-term boost in stock prices that has now gone into reverse.

When over leveraged companies are faced with soaring debt service payments, the results are never good. Indeed, as the global economy continues to deteriorate, look for the rate of bankruptcies and unemployment claims to skyrocket.

Corporate America has leveraged itself to the hilt to buy back shares. Once again, with impeccably bad timing. These companies will now have to raise capital to strengthen their balance sheets just as interest rates are rising and the recession of 2019 unfolds.

Then, these same companies who bought back their shares at the highs will soon have to pull those same shares out of retirement and sell them back to the public at much lower prices. Thus, diluting the shares outstanding and lowering EPS counts yet again…Wall Street never learns.