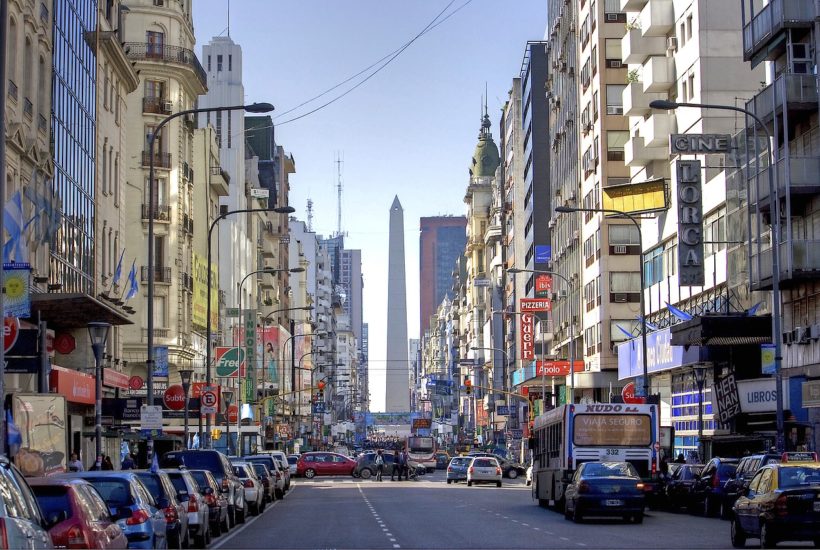 Overnight, Argentina discovered cannabis exports and turned all its power on developing an industry that is still being repressed. The man chosen by President Alberto Fernandez to promote cannabis exports in Argentina is his Minister of Productive Development, Matias Kulfas. He was the one who brought together other national cabinet departments interested in the herb and put together a plan to promote the development of the industry.

This initiative, presented in society just two weeks ago, has already entered Congress where it will be given an express treatment to achieve what everyone wants, the exportation of cannabis. In an interview with the official agency Télam, Kulfas was decisive: “Cannabis can have a great export development.”

The Minister of Productive Development defended the bill to regulate the chain of production, industrialization, and commercialization of the cannabis plant. Also, cannabis seeds and derived products for industrial and medicinal use, during a plenary session of commissions in the Senate.

Kulfas anticipated that the law will allow Argentina “to enter an international market with a quality and traceable product.” The objective is clear: “to sell at the best possible price for the quality it presents.”

Argentina is determined to export cannabis and does not want to waste any more time. That is why a plenary of Senate commissions began to debate the bill to regulate the chain of production, industrialization, and commercialization of the cannabis plant, its seeds, and derived products for industrial and medicinal use.

Read more about cannabis exports in Argentina and find the latest cannabis news in the world with the Hemp.im mobile app,

On the first day, the legislators that make up the Agriculture, Livestock, and Fishing, Budget and Finance, and Internal Security and Drug Trafficking Committees heard the Minister of Productive Development, Matías Kulfas.

The Government’s strong man on the subject said that the export of cannabis could mean an annual income of 50 million dollars and the creation of 10,000 jobs.

How Argentina seeks to enter the cannabis export market

The project establishes a regulatory framework for the production chain, including scientific research with a view to satisfy the local market and generate cannabis exports.

The regulatory framework sent by the Executive Power to Congress not only wants to export cannabis but also seeks to “disrupt the informal market of oils and other irregular herbal preparations that currently exists”.

It also promises that it will “put an end to the proliferation of products that lack any kind of control regarding their composition and quality.”

“We would like this law to be able to position us as a country brand. Because this industry can have great export development and a lot of international presence,” said Kulfas, the main promoter to achieve the export of cannabis in Argentina.

The first objective of the project consists of “establishing a legal framework that authorizes the stages of sowing, cultivation, harvesting, production, storage, transport and commercialization”.

Also “import, export and possession of cannabis seeds, the cannabis plant, and its derivatives, for medicinal, therapeutic, palliative or scientific research purposes”.

They hope to achieve this through a strong regulatory scheme

The second objective, as detailed in the initiative, “consists of legalizing the different products and commercialization links of hemp or industrial hemp and its by-products”.

In addition, it is clarified that “although hemp is not a narcotic drug under the terms of criminal law because it does not generate psychoactive effects, it is necessary to regulate and control the activity to prevent illegal crops of psychoactive cannabis from being hidden in hemp fields”.

Cannabis export in Argentina, a source of employment

The medical cannabis and industrial hemp market is growing exponentially and will be a source of quality employment, as promised by the Government of Argentina. When analyzing applications for licenses to produce medical or industrial marijuana, requirements and background information will be established and requested from the applicant before exporting cannabis. That is to “maximize controls aimed at preventing illegal activities, including money laundering.”

In granting licenses, ARICCAME will consider “the purpose of contributing to the development of regional economies and promoting the activity of cooperatives and small and medium agricultural producers.”

The bill also contemplates sanctions for non-compliance with the regulations: from a warning to disqualification to operate within the terms established, including fines, suspension, and the expiration of the authorization.

He also anticipated that the law will allow Argentina “to enter an international market with a quality and traceable product” so that “we can sell at the best possible price for the quality it presents.”

“This is an industry that can be developed in a decentralized way because there is room for everyone: for SMEs, small producers, and large companies,” added Kulfas.

The official listed that the law, once it is sanctioned, will allow the “creation of quality jobs, the generation of foreign currency from exports and development opportunities for the whole country.”

“Conservative estimates indicate that between now and 2025, 10,000 new jobs will be created,” he said.

In addition, he predicted that, per year, industrialization will generate “$500 million in sales to the domestic market and $50 million in cannabis exports.”

(Featured image by HaloweenHJB via Pixabay)